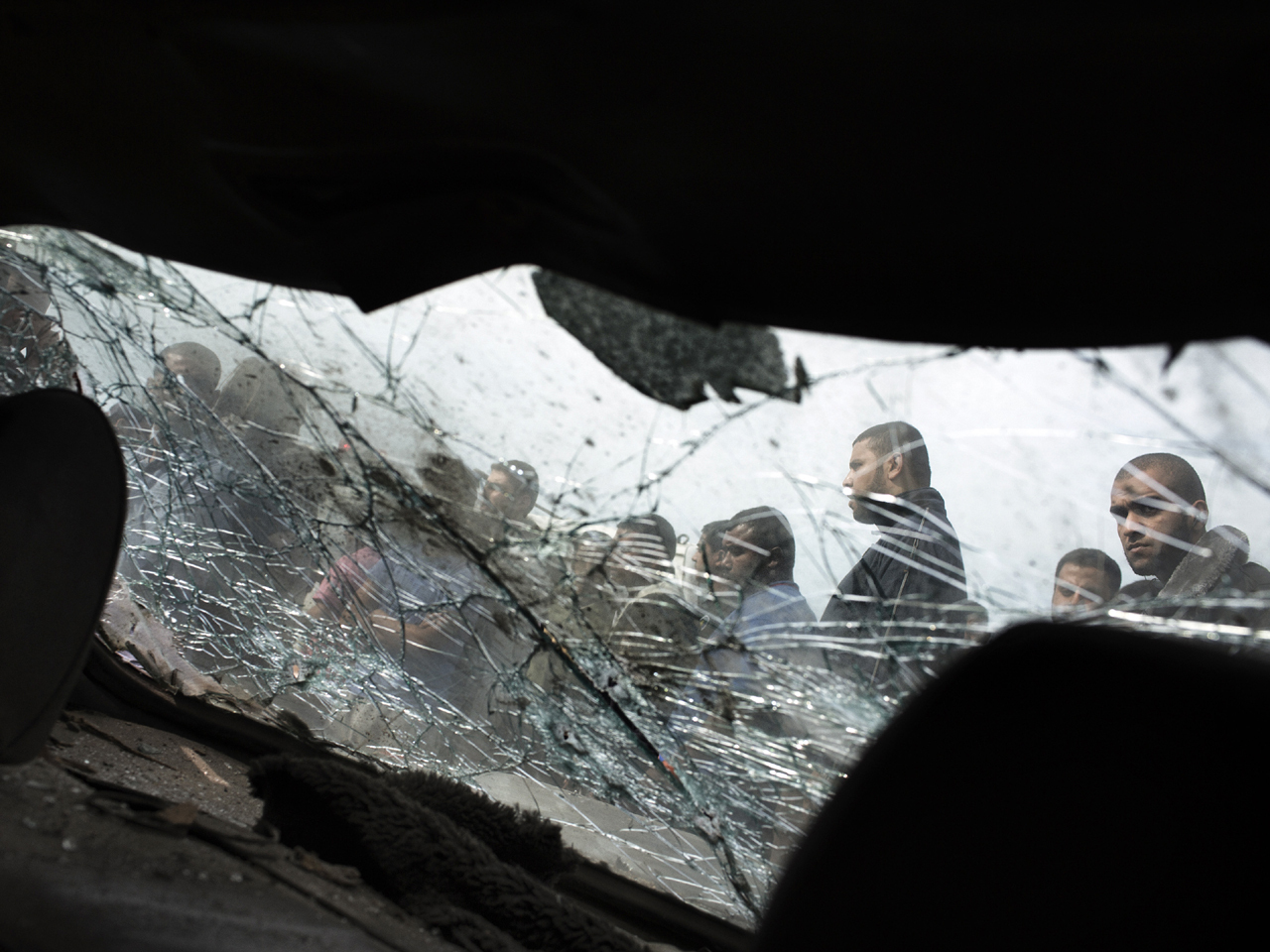 GAZA CITY, Gaza Strip Gaza's Hamas rulers are aiming high in the conditions they place on stopping rocket fire into Israel in indirect cease-fire talks launched this weekend. Emboldened by Arab support and confident in their arsenal, the Islamists say calm can only come if Israel opens the gates of the tiny, closed-off territory.

The question is how far Hamas will go to reach that long-sought goal, which Israel opposes out of fear of an influx of weapons to Gaza militants. After Israel withdrew from Gaza in 2005 and relinquished control of the territory's border with Egypt, militants dramatically stepped up the import of weapons through smuggling tunnels.

For now, public opinion in Gaza appears to support continued rocket attacks on Israel. However, Israeli aircraft have already struck hundreds of Hamas-linked targets in Gaza and Israel is threatening to escalate its military offensive. On Sunday, a new tactic of bombing the homes of Hamas operatives claimed the lives of at least nine children.

The indirect contacts between Israel and Hamas began Sunday, the fifth day of Israel's massive bombing campaign meant to halt more than a decade of intermittent Gaza rocket attacks on Israel.

An Israeli envoy was whisked from the tarmac at Cairo's international airport to talks with senior Egyptian security officials. The top Hamas leader in exile Khaled Mashaal held talks with Egyptian President Mohammed Morsi, who also spoke by phone with the Hamas prime minister in Gaza, Ismail Haniyeh.

Hamas' demands, as presented by Mashaal, include open borders for Gaza and international guarantees that Israel will halt all attacks on Gaza, including targeted killings of the movement's leaders. The assassination of Hamas' military chief last week after days of smaller exchanges between the two sides marked the start of the Israeli offensive, the most intense since a three-week-long war four years ago.

The Islamists view the current round of fighting as an opportunity to pry open the borders of Gaza, which slammed shut in 2007, after Hamas wrested control of the territory from its political rival, Palestinian President Mahmoud Abbas. In response to the takeover, Israel and Egypt — then under Morsi's pro-Western predecessor Hosni Mubarak — sealed off Gaza to disrupt Hamas rule.

"We will not accept a cease-fire until the occupation (Israel) meets our conditions," said Izzat Rishaq, a senior Hamas official who is involved in the cease-fire efforts in Cairo.

Free movement of people and goods in and out of Gaza is seen as vital for Hamas' continued control of Gaza.

Both Israel and Egypt's new leader have eased access to the territory since 2007, but many restrictions remain. But even Morsi — who is sympathetic to Hamas as a fellow member of the region-wide Muslim Brotherhood — has resisted Hamas calls for open trade between Gaza and Egypt. Morsi fears such ties could undercut attempts to set up a Palestinian state in Gaza and the West Bank, the territory on the other side of Israel, where Abbas has partial control.

Open Gaza borders, including an end to Israel's naval blockade of the territory, would also heighten Israel's concerns about weapons smuggling into Gaza.

Israel now fears that Hamas would exploit unfettered access to Gaza to further boost its arsenal of missiles and other strategic weapons from Iran and stockpiles plundered after the fall of the Libyan regime last year. Israel estimates that Hamas already has some 12,000 rockets, including some Hamas claims are being produced by a fledgling local arms industry.

Israeli government spokesman Mark Regev would not say Sunday whether Israel seeks a demilitarized Gaza as part of a broader cease-fire package, but said any deal must guarantee an end to rocket fire for good.

"We don't want a ... quick fix and in two weeks or two months we have another round," he said. "`The people of southern Israel have the right to live normal lives, not in fear of incoming missiles."

However, Israeli leaders face diplomatic restraints as they consider the next military move, including a possible ground invasion. President Barack Obama and British Foreign Secretary William Hague on Sunday cautioned against an escalation in Gaza, including sending in ground troops, even as they asserted that Israel has the right to defend itself against rocket fire.

A Gaza invasion or dramatic escalation of the air campaign could further strain Israel's ties with Egypt, a regional powerhouse and Israel's main conduit to the Arab world. Israeli Vice Premier Moshe Yaalon said Sunday that Israel is keeping open channels with the Egypt, adding that "we hope the Egyptian regime will play a positive role."

The Egyptian-led cease-fire efforts are taking place against a regional backdrop that is dramatically different from what it was four years ago, during Israel's last major Gaza offensive.

At the time, Hamas was largely isolated. Now, following the Arab Spring uprisings, it has new regional friends, including fellow Muslim Brothers in power in Egypt and Tunisia, and increased support from Qatar and Turkey. On Sunday, Hamas' Mashaal also met with Turkish Prime Minister Recep Tayyip Erdogan, who is visiting Cairo.

Both Yaalon and Ahmed Yousef, a Gaza intellectual close to Hamas, suggested that the two sides will keep fighting to improve their positions in eventual truce talks.

Israel is trying to improve its leverage by striking Hamas hard, said Yaalon. "We have to deter them," he said. "How? By charging them the heavy price right now where they'll have to consider whether they'll go on with their terrorist attacks ..."

Yousef said Hamas is capable of firing rockets as long as Israel bombards Gaza, adding that militants "have enough missiles to fire." Overall, Hamas is in a strong position to negotiate a truce deal, he said, citing the new diplomatic support and the group's current popularity at home, in addition to the large arsenal.

The current round of fighting will eventually grind to a halt, but it's unlikely the two sides will emerge with a durable cease-fire, said Israeli analyst Yossi Alpher.

"Both sides will have to come down from their lofty demands, and it will require some heavy pressure," he said. "Certainly, it will end with some sort of cease-fire, but it won't be kept because Hamas will be rearming and Israel will respond and things will get out of hand within a few months."