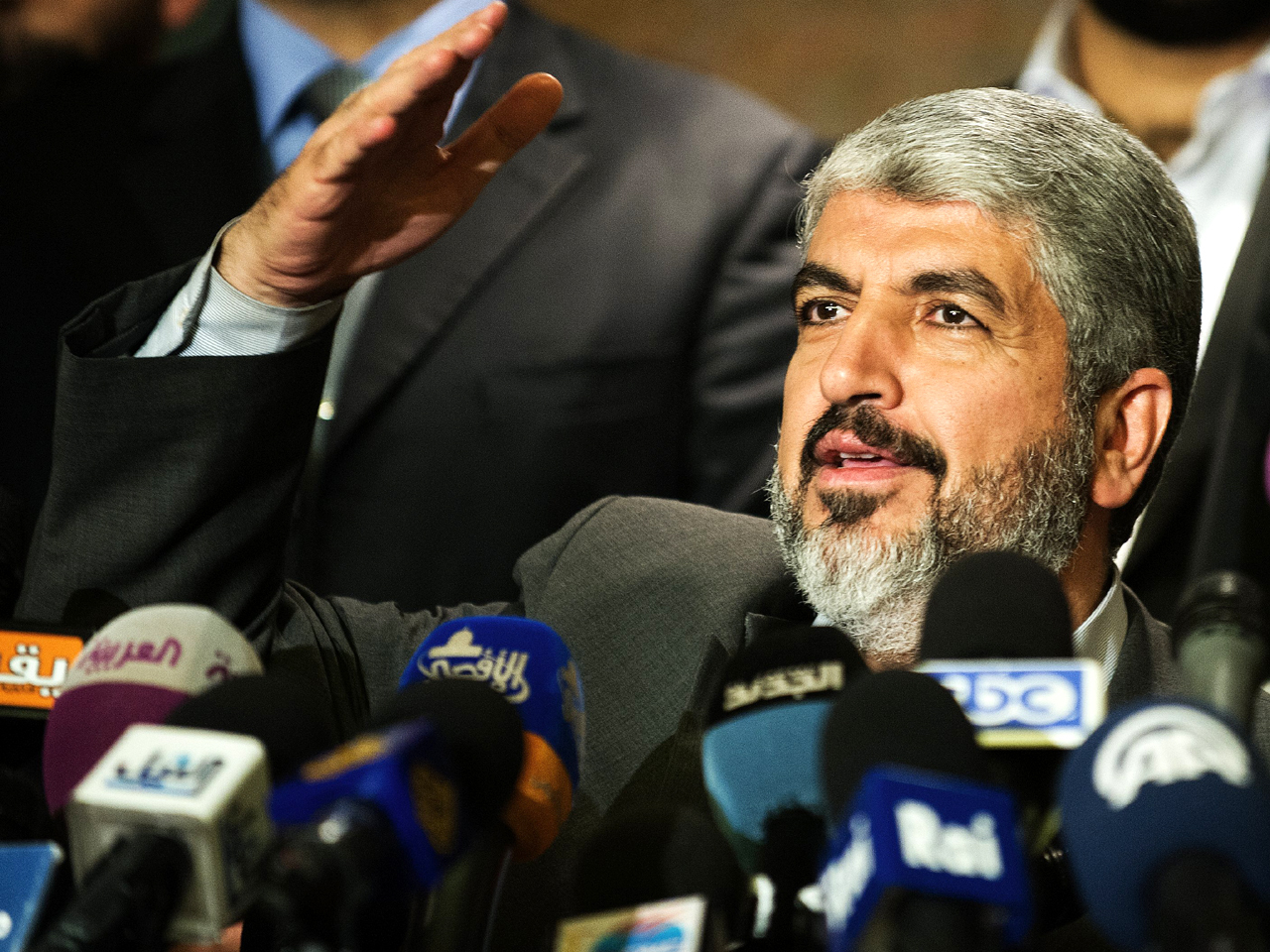 CAIRO U.N. Secretary General Ban Ki-moon arrived in Cairo Monday to join Egypt-brokered talks between Hamas and Israel with a goal of agreeing on a cease-fire. There's a real sense that with all the instability in the region - the civil war in Syria, protests in Jordan, militants in Libya - that an escalation in hostilities would have disastrous effects.

Egyptian Prime Minister Hesham Kandil told the Reuters news agency that the talks were making progress and that he expected a cease-fire agreement to come in the next few days.

However, at a press conference later in the day, Hamas leader-in-exile Khaled Meshaal showed no signs that an agreement was imminent, saying that it was Israel's responsibility to stop a fight it had started and that Hamas would only agree to a truce if key demands were met.

"We don't accept Israeli conditions because it is the aggressor," he told reporters in Egypt. "We want a cease-fire along with meeting our demands ... Israel has to stop killing and assassinating our leaders. They have to stop the invasion and end the blockade on Gaza."

Israel is unlikely to agree to that for fear that lifting the blockade would allow weapons to flood into Gaza and into the hands of militants.

After years of existing as an international pariah - with Syria and Iran as its primary allies - Hamas has been emboldened by the support it now receives from key regional powers such as Egypt, Turkey and Qatar.

Meshaal warned that the Middle East has changed with the Arab Spring, and he called on Muslim countries to stand together against Israel.

Asked by CBS News if Hamas wants peace with Israel, Meshaal responded with a message for the United States:

"If God is willing, the American people will wake up and realize that it will benefit them to support the 350 million Arabs, not Israel, to be with the 1.5 billion Muslims and not Netanyahu's gangs ... Don't reverse the picture. The killer should offer this peace, not the victim."

But amid the bluster and bravado, Meshaal's very presence in Cairo for talks is a strong sign that Hamas would like to see a cease-fire.

Meshaal did concede that Hamas does not want an escalation in hostilities. Asked when he thought a truce might be agreed upon, he was elusive.

"Maybe today or tomorrow," he said, "or maybe never."