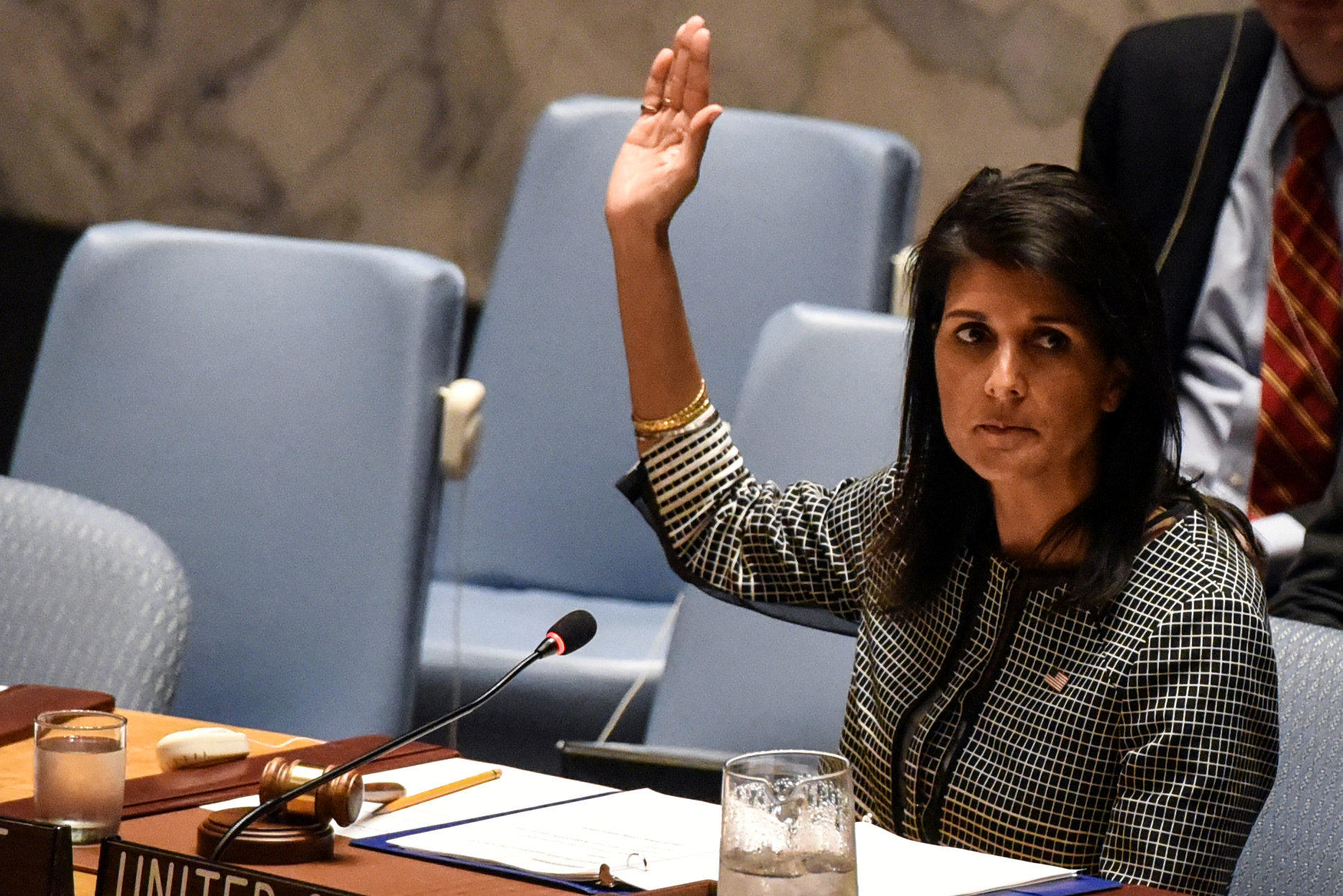 NEW YORK -- Nikki Haley, U.S. ambassador to the U.N., spoke for the Trump administration on Thursday when she took aim at Iran, accusing the country of destabilizing the region.

“If we are speaking honestly about conflict in the Middle East, we need to start with the chief culprit: Iran and its partner militia, Hizballah,” Haley said. “Iran and Hizballah conspire together to destabilize the Middle East, and their actions are expanding.”

Also on Thursday, President Trump said Iran is “not living up to the spirit of the Obama-era nuclear accord.”

“I think they are doing a tremendous disservice to an agreement that was signed,” Mr. Trump said Thursday.

Haley’s testimony went beyond the bigger picture and narrowed almost exclusively on Iran, accusing it of training deadly militias in Iraq and arming Houthi militants in Yemen, apparently part of a larger U.S. strategy of putting Iran on notice that the Trump administration will not abide Iran’s support of terror in the Middle East.

All eyes were on Haley at the monthly U.N. Security Council meeting on the Middle East, where she is the president of the Security Council for the month of April. Haley asked Council members to focus on terrorism in the Middle East - in Syria, Iraq, Lebanon and Libya as well as on terror groups, rather than on the traditional topic - Israel and the Palestinian question.

On Wednesday, U.S. Secretary of State Rex Tillerson said the Obama-era Iran nuclear deal “fails to achieve the objective of a non-nuclear Iran.”

Haley’s remarks followed suit with the focus sharply critical of Iran: Tillerson said the suspension of Iran sanctions would be the subject of an inter-agency review. Haley, as a Cabinet-level Trump administration official, will be part of that review, U.S. officials said.

But Tillerson admitted Tuesday in a letter to U.S. House Speaker Paul Ryan that Iran was complying with the terms of deal, considered to be one of the achievements of the Obama administration.

Khoshroo took issue with the U.S. mandate to expand the debate. “The U.S. and the Israeli regime want to remove the Palestinian issue, that is central to the all conflicts in the Middle East from these open debates,” Khoshroo said.

He responded to Haley’s talk of terror by saying “today we heard unsubstantiated allegations against my country which I categorically reject as a misleading propaganda campaign against Iran and its role in the region.”

Khoshroo’s comments were in line with a day of Twitter comments by Iran’s Foreign Minister Javad Zarif, who disputed much of what Tillerson and Haley said.

Israeli Ambassador Danny Danon spoke to the Iran terror issue saying, “Where there is terror, where there is death, where there is complete disregard for human life, there is Iran.” He accused Iran of being “accomplice” in the Syria atrocities.

Haley is looking at reshaping what she believes to be anti-Israel bias at the U.N. as one of her flagship issues.

Haley opened the meeting by thanking U.N. special Coordinator Nickolay Mladenov for going beyond “bashing” Israel, but most of the fifty-four speakers stuck to the script of past meetings.

Palestinian representative to the U.N., Riyad Mansour, said that the U.N. resolution labeling settlements illegal is not “not anti-Israel but “anti-settlements” and “anti-violence.”

Haley’s guidelines to the Council included the plea to nations to not lose sight of the cross border influx of terrorist fighters.