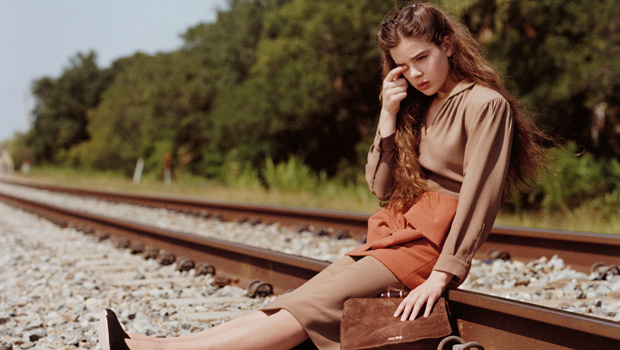 (CBS) The U.K.'s Advertising Standards Authority banned Hailee Steinfeld's ad for Miu Miu not because it was too racy, but because it was "irresponsible" to have the 14-year-old actress sitting on train tracks, reports say.

Prada, who owns the Miu Miu brand, argued that the image shot by renowned photographer and filmmaker Bruce Weber was "part of a serious, high-fashion campaign" and "based on the set of an imaginary film," reports the Telegraph.

The brand also argued that the actress could have easily moved from the tracks because she was not being restrained. But that arguments didn't affect the ASA's ruling that the railway was a hazardous setting for her photo shoot, according to the Telegraph.

At the beginning of the month the ASA banned 17-year-old actress Dakota Fanning's ads for Marc Jacobs, saying the ad appeared to "sexualize a child."

Tell us: Do you think Hailee Steinfeld's ad should be banned?