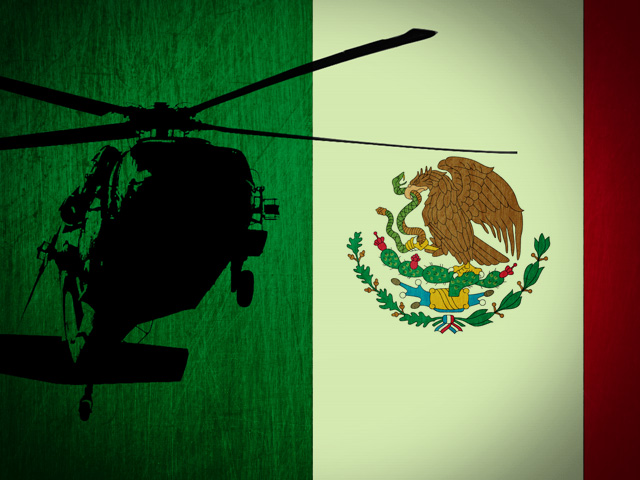 CBS News has learned that the recent case of a Mexican military helicopter forced to land after it was fired upon is linked to the ATF Fast and Furious "gunwalker" operation.

Drug cartel suspects on the ground shot at Mexican government helicopters two weeks ago in western Mexico, forcing one chopper to land. Authorities seized more than 70 assault rifles and other weapons from the suspects.

Among the seized weapons are guns sold to suspects as part of the ATF sting operation, sources say. That information came from traces of serial numbers.

"Shooting at an aircraft is a terrorist act," says one U.S. law enforcement source. "What does that say if we're helping Mexican drug cartels engage in acts of terror? That's appalling if we could have stopped those guns."

The Department of Justice provided no information or comment when asked about the incident by CBS News.

In "Fast and Furious" and other southwest border anti-trafficking operations, sources say ATF allowed more than 2500 weapons to be sold to suspects. Instead of interdicting them, sources tell CBS News, ATF let the guns "walk" or hit the streets. The idea was to gain intelligence to possibly take down an entire cartel. But many of the allegedly walked weapons have shown up at crimes such as the Mexican helicopter incident, and the murder of Border Patrol Agent Brian Terry; most have never been recovered.

In the case of the Mexican helicopter, sources say some of the weapons were purchased and moved by defendants who have already been arrested and indicted for their alleged roles in helping supply drug cartels.

The link between the helicopter downing and the ATF alleged gunwalking is likely to test the already-strained US-Mexico relationship.

In recent weeks, Congressional investigators and the Inspector General have been interviewing witnesses behind closed doors in preparation for multiple hearings which could begin as early as next week. The first hearing will likely feature the ATF whistleblower who first spoke to CBS News: Special Agent John Dodson.

ATF Agent: I was ordered to let guns go into Mexico