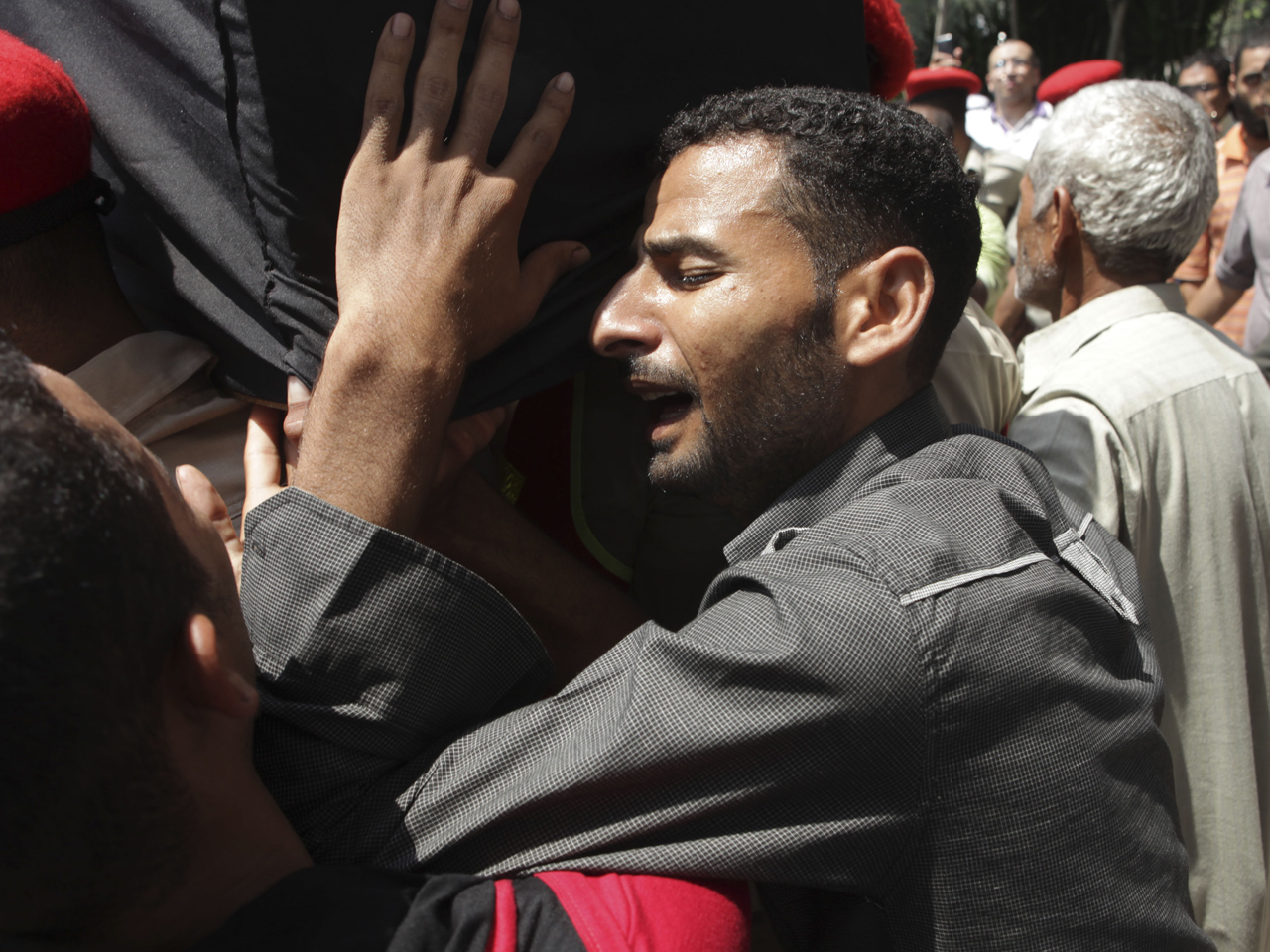 (CBS/AP) At least six security checkpoints in Egypt along the border with Israel were attacked Tuesday, just two days after 16 Egyptian soldiers were killed in similar attacks, according to Egyptian media.

State-run media reports 20 people were killed after the Egyptian military launched an aerial assault on the attackers, according to Reuters.

Security officials tell The Associated Press that they launched the missile attack just hours after three security checkpoints were attacked by suspected Islamic militants in North Sinai's main city of El-Arish, some 31 miles from the Gaza-Israel border.

Officials say six people were wounded in the attacks -- among them a military officer, two soldiers, two policemen and a civilian whose condition is critical.

In addition to the checkpoints, attackers also targeted a cement production company in Sinai, Al Jazeera reports. At least two gunmen suspected in that attack have allegedly been arrested.

The rugged, rural desert region of Sinai that separates much of populated Egypt from Israel has seen a rise in lawlessness since former President Hosni Mubarak's fall. Egyptian state media is reportedly saying the latest attacks are the 29th of its kind since the uprising that overthrew Mubarak.

In response to Sunday's attacks, Egypt began sealing off smuggling tunnels to the Gaza Strip, fearing that militants were using them as a means to coordinate the attacks.

The military has said that 35 gunmen attacked an Egyptian border post Sunday, killing the 16 before commandeering an armored vehicle they later used to try to storm across the border into Israel. It has accused Palestinians from Gaza of aiding the gunmen by firing mortar shells at a nearby border post just as they were attacking.

Many blamed the limitations in the Egypt-Israel peace deal for leaving the Sinai Peninsula with limited protection. The 1979 treaty restricts the number of troops and type of weapons Egypt can deploy, especially in the border area.

At the time, Israel insisted on the limits in exchange for giving up control of the Sinai, a wide buffer zone between Israel and Egypt. Since violent Islamic extremists began gaining strength there after the fall of longtime President Hosni Mubarak last year, Israel has approved sending additional Egyptian forces to the Sinai, above the treaty limits.

Israeli Foreign Minister Avigdor Lieberman said Tuesday that Israel gave permission for an extra 3,500 Egyptian troops to be sent in.

According to the treaty, only peacekeeping forces and Egyptian civil police are allowed into the border area. There are no limits on the number of police, who can be armed with assault rifles.

In 2005, Israel agreed to allow Egypt to deploy 750 troops to act as border guards after Israel's withdrawal from Gaza Strip.