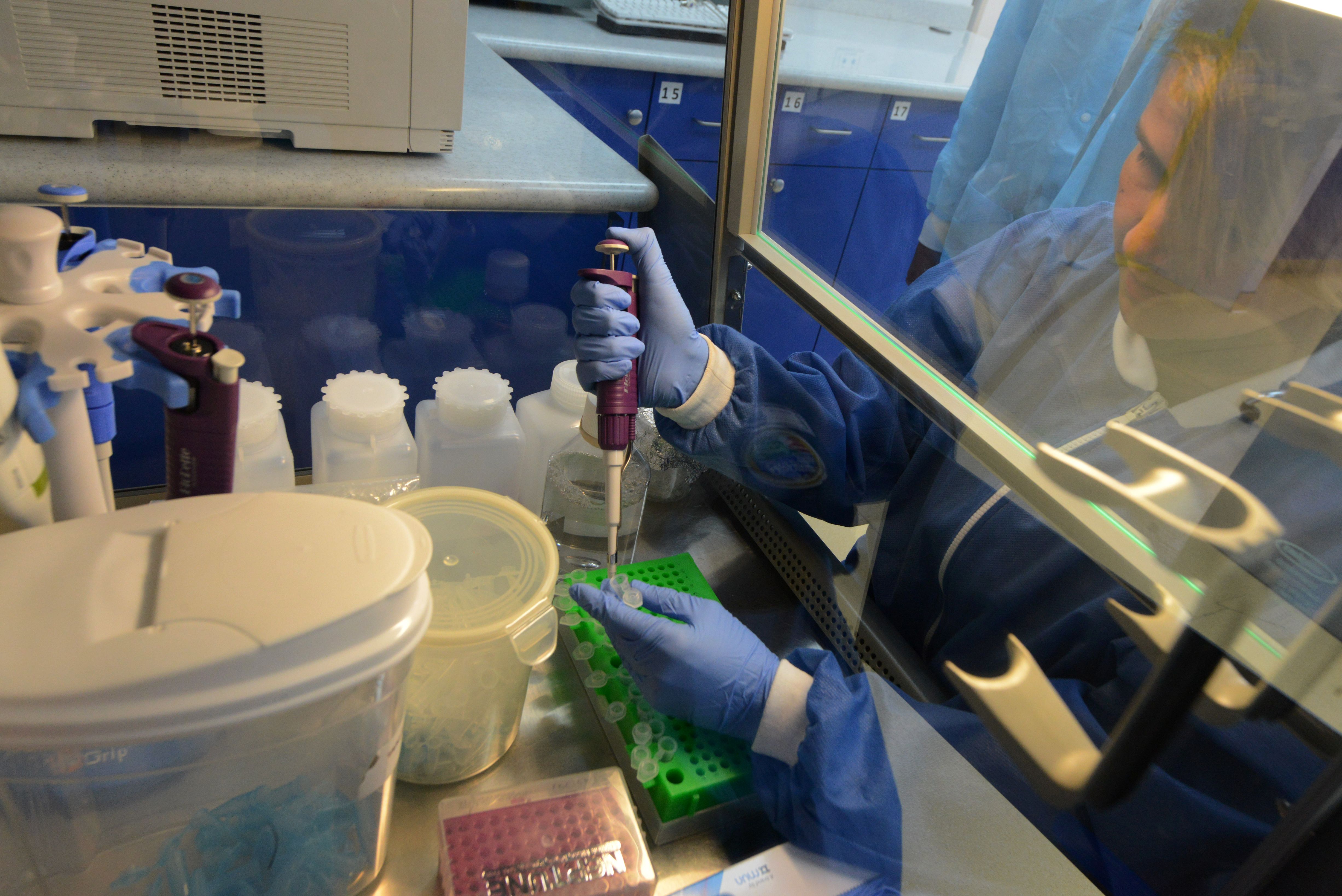 BERLIN -- A rare neurological disorder is on the rise in several Latin American countries that are also seeing an outbreak of the Zika virus, the World Health Organization said Saturday.

The U.N. health body in Geneva said in a weekly report that Guillain-Barré syndrome (GBS), which can cause temporary paralysis, has been reported in Brazil, Colombia, El Salvador, Suriname and Venezuela.

The increase in Guillain-Barré cases is appearing in conjunction with the spread of the Zika virus to 34 countries and also with increasing cases of microcephaly, a rare condition in which infants are born with abnormally small heads.

However, the health agency said "the cause of the increase in GBS incidence ... remains unknown, especially as dengue, chikungunya and Zika virus have all been circulating simultaneously in the Americas."

While "no scientific evidence to date confirms a link between Zika virus and microcephaly or GBS," the agency pointed out that GBS was also observed during the 2013-14 Zika virus outbreak in French Polynesia.

In Brazil, which has been hardest hit by the current Zika outbreak, the state of Bahia in July reported 42 cases of GBS, 26 of them in patients with a history of symptoms consistent with Zika virus infection. In November, seven patients in Brazil presenting GBS were confirmed by laboratory tests to have a Zika virus infection, WHO reported.

"In 2015, a 19 percent increase in GBS cases was reported in comparison to the previous year" in the state of Bahia, the WHO said.

Symptoms of GBS include muscle weakness and sometimes paralysis which can last days or weeks.

Dr. Bruce Hirsch, an infectious diseases specialist at North Shore University Hospital, in Manhasset, New York, told CBS News that Guillain-Barré generally causes an "ascending motor paralysis" that starts at the feet and moves up towards the head.

"When it involves the muscles of respiration, people who have Guillain-Barré require a breathing machine in order to survive and get through experience," said Hirsch.

The syndrome is "very, very variable" from person to person -- some may just experience numbness in the feet while others may suffer complete paralysis. Most patients eventually recover from it, Hirsch said.

The Zika virus is spread by mosquitoes and the current outbreak has affected 34 countries, including 26 countries in the Americas, WHO said. Brazilian authorities estimate up to 1.5 million cases of Zika virus infection have occurred since the outbreak began, the agency said.