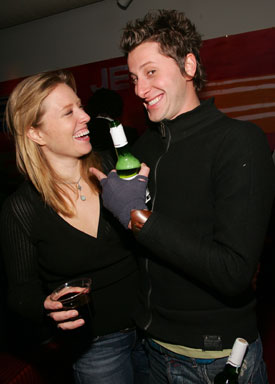 Since the All-Star break, Vladimir Guerrero has been one of the hottest hitters in baseball.

Guerrero went 2-for-4 and drove in three runs to lead the Montreal Expos to a 4-2 win over the San Diego Padres on Saturday night.

Guerrero hit a two-run single in the first off Mark Langston (4-4) and added an RBI double in the third to increase his team-leading RBI total to 75 as Montreal won for only the fourth time in 16 games.

"Numbers don't lie and one thing he's been showing is that he can put up some big numbers for us in every category," Montreal starter Miguel Batista said. "He's a big key for our offense and our defense. You could say that Vladimir is the battery of our offense right now."

Shane Bennett (4-4) allowed one run in 2 2/3 innings of hitless relief, and Ugueth Urbina pitched a perfect ninth for his 24th save. It was Urbina's first save opportunity in 18 games.

San Diego went ahead 1-0 in the first when Ken Caminiti doubled in Tony Gwynn from first. Montreal took a 2-1 lead in the bottom of the inning on Guerrero's two-run single.

"He's having a good year," San Diego manager Bruce Bochy said. "(Langston) pitched him pretty tough and it looked like he hit a pretty good pitch."

Montreal added a run on Guerrero's 25th double of the season in the third and Langstowas removed for a pinch-hitter in the fourth.

The Expos increased their lead to 4-1 in the fourth when Brad Fullmer scored on a close play at the plate on Terry Jones' infield chopper to pitcher Scott Sanders.

Sanders fielded the ball halfway up the first-base line, spun around and fired home as Fullmer slid under catcher Greg Myers' tag.

Batista allowed one run and four hits in four innings. He started in place of Carlos Perez, who was traded to Los Angeles on Friday along with Mark Grudzielanek in a seven-player deal that brought Guerrero's brother Wilton to Montreal.

Langston, who hasn't gone more than 6 1/3 innings in any of his 14 starts this season, allowed three runs on four hits and three walks in three innings.