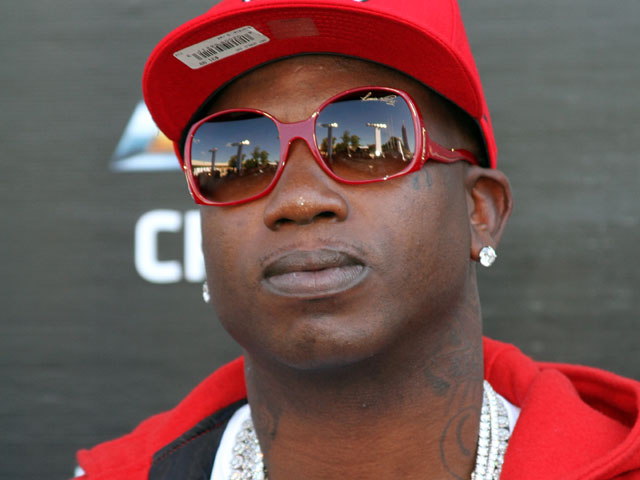 (CBS) Gucci Mane was arrested on a misdemeanor battery charge Friday morning, after allegedly pushing a woman out of a moving car back in January.

The rapper will also reportedly be charged with violating his probation.

TMZ reports that Mane, whose real name is Radric Davis, was routinely visiting his probation officer when the officer noticed the rapper had an active warrant out for his arrest. He was soon arrested for misdemeanor battery charges.

Reuters adds that he will also be charged with violating his probation, which stems from an aggravated assault conviction in 2005 for which he served a six-month prison sentence.

In a report by DeKalb County Police, obtained by The Hollywood Reporter, Mane met Diana Graham, 36, at a local mall where he invited her to breakfast. Once the two were in his car, he offered her $150 to go to a hotel with him instead. When she refused, the rapper allegedly pushed her out of his vehicle while it was in motion. As a result, she was taken to the Atlanta Medical Center with "soreness and pain."

The 31-year-old has had several run-ins with the law.

In 2001, he was arrested for cocaine possession and spent 90 days behind bars, according to THR, and was given a one-year prison sentence in 2009 for violating probation in the 2005 case (He was released after serving six months, according to Rolling Stone).

The Atlanta Journal-Constitution reports that he was also arrested in November 2010 for a variety of traffic violations and obstruction charges.

According to TMZ, the rapper was being held on $5,000 bond until he faced a judge Saturday morning. Nothing yet has been reported on the hearing.

Mane is known for his appearances in remixes with the Black Eyed Peas and Usher. His third album, "The Appeal: Georgia's Most Wanted" debuted No. 4 on Billboard's Top 200 chart last year.