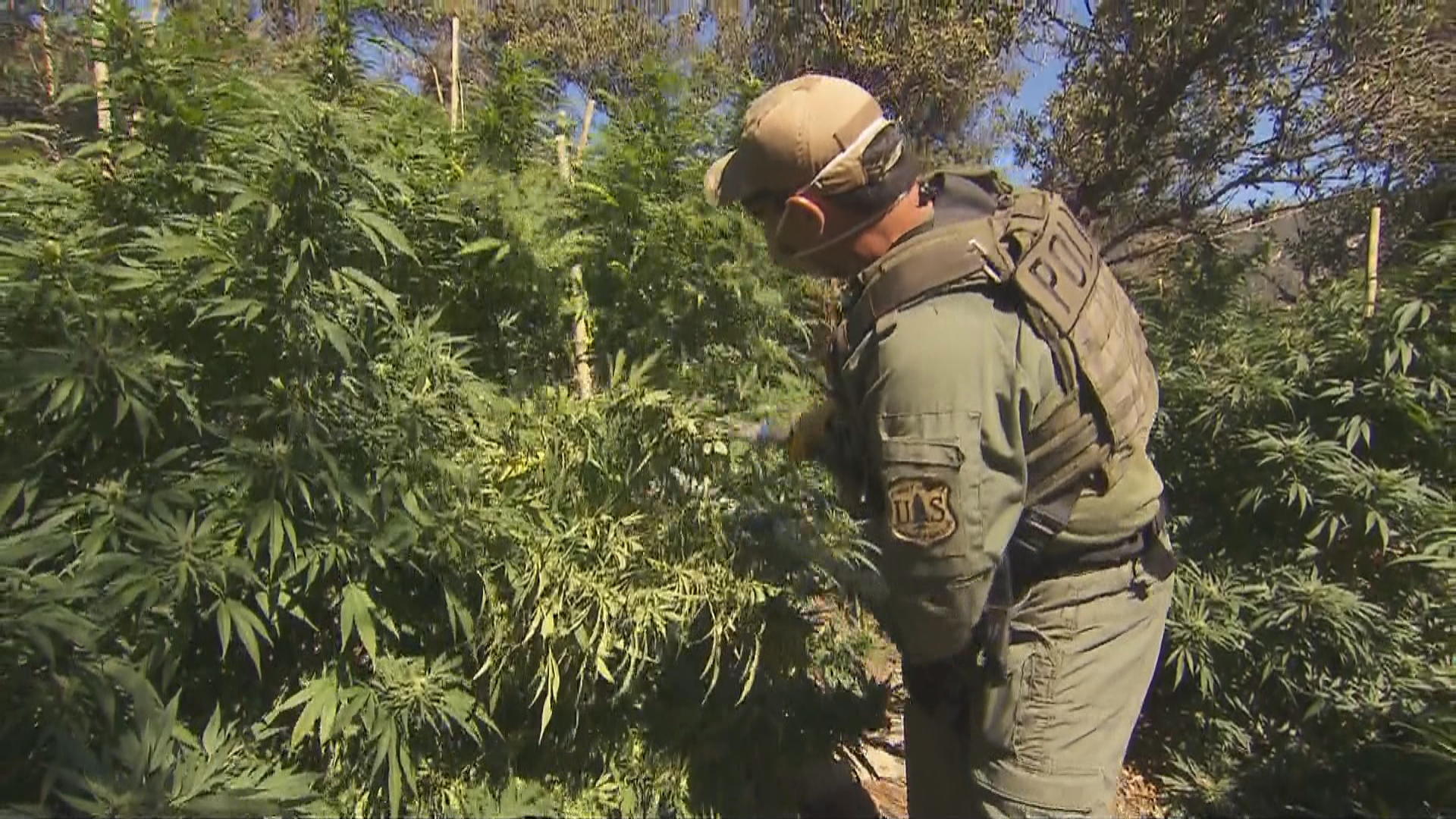 Some of America's most pristine forests are under assault by illegal marijuana cultivation that is ravaging the environment. Federal narcotics agents destroyed more than 1.4 million marijuana plants last year, according to the U.S. Forestry Service, and thousands of pounds of trash and numerous toxic chemicals were also removed.

It's so rugged in the San Bernardino National Forest that federal agents searching for marijuana are sometimes lifted from place to place by helicopter, reports CBS News' John Blackstone, who joined agents in Southern California as they confronted the illegal and dangerous growing operation.

Armed officers from the Forest Service and the California Department of Fish and Wildlife go in first. When they determined the area is safe, at least relatively safe, they let us follow.

What they found there was about 50 pounds of marijuana cut and ready to be taken out of the forest. They didn't catch the cultivators but they did catch their crop, a big one, of at least 5,000 plants. All the plants left behind are difficult to eradicate because the marijuana plants are growing beneath the trees there, all of it fed by a somewhat sophisticated irrigation system.

The people growing the marijuana created a makeshift reservoir in the national forest by diverting water from a nearby natural stream. The problem almost isn't so much the marijuana, it's the damage that they're doing to the forest.

In a way, operations like this are less a war on drugs and more a battle to protect the environment. Growers have done more damage in the national forest by cutting down vegetation to plant the marijuana.

Enforcement teams also found what they feared: a bottle of carbofuran. The pesticide is banned in the U.S. which means it's basically turned that area into a toxic waste dump. Just a small amount of the chemical can kill wildlife and further denigrate an area that includes a campsite filled with trash. It's the kind of damage done by illegal marijuana cultivation on public lands throughout the West.

On average, 400 marijuana-growing sites are found in national forests each year. For every one they do find, Dan Briot says there's probably another two or three more that they didn't. He says people grow on federal land to avoid state rules and regulations surrounding growing marijuana.

Cut down and bundled, this clandestine marijuana crop is carried out by air to be destroyed, but the damage to the forest remains.