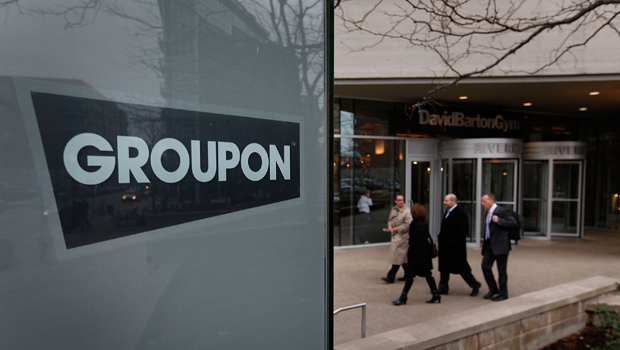 NEW YORK Groupon named co-founder Eric Lefkofsky as CEO, replacing Andrew Mason, who was fired from the online deals site in February amid growing concerns about its financial performance.

Lefkofsky had served as Groupon's chairman and half of the Office of the Chief Executive, along with Vice Chairman Ted Leonsis, since Mason's ousting. Leonsis will now serve as the company's chairman.

Groupon also reported second-quarter results on Thursday. The company booked a loss of $7.6 million, or 1 cent per share, down from earnings of $28.4 million, or 4 cents per share, in the 2012 second quarter.

Adjusted earnings were 2 cents per share in the latest period. That matched analysts' average expectations, according to FactSet.

In after hours trading, investors sent Groupon shares surging more than 17 percent, to $10.21.