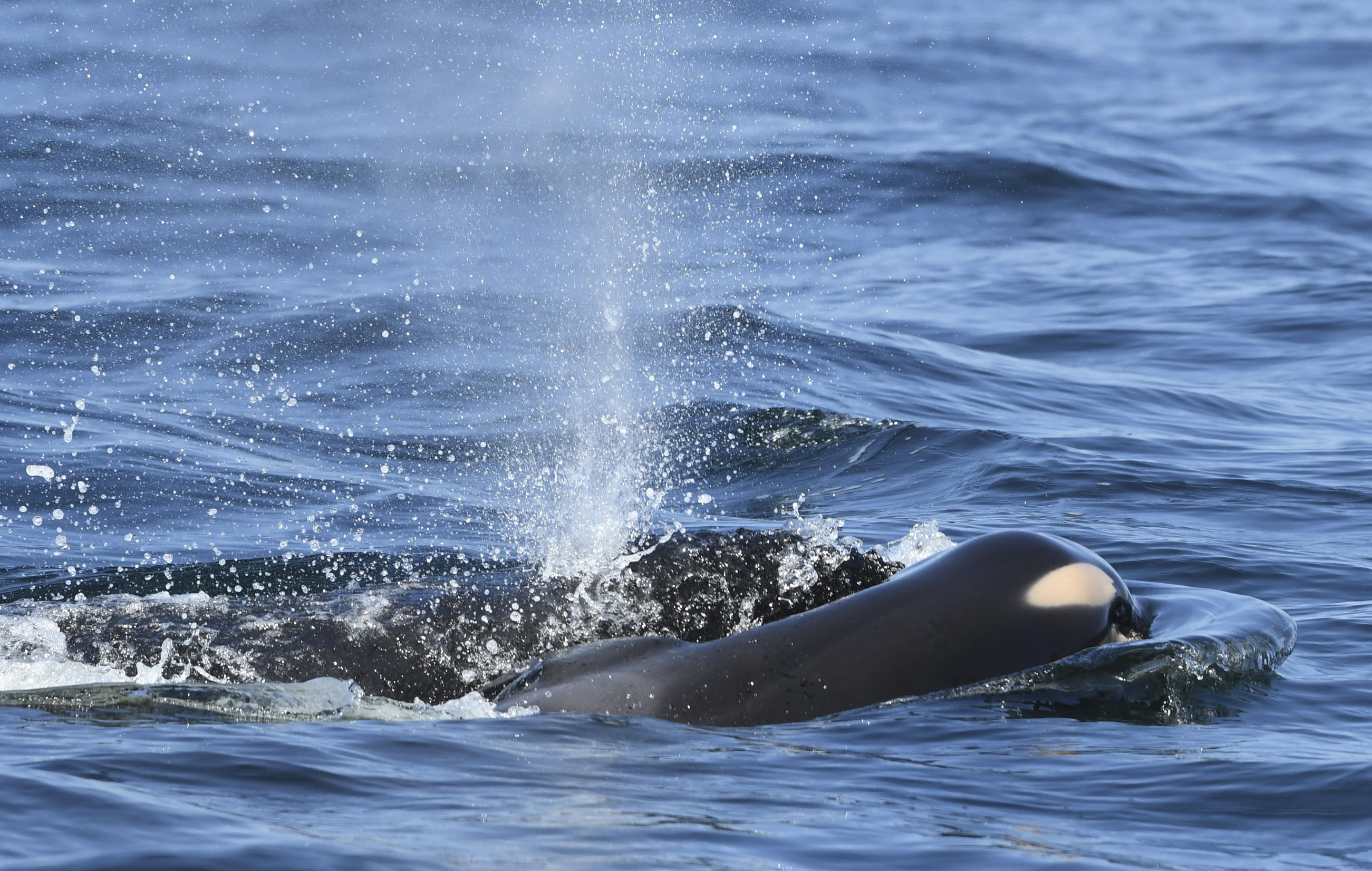 An endangered, grieving orca is still carrying her dead calf more than two weeks after the newborn died, CBS affiliate KIRO-TV reports. Researchers spotted the 20-year-old whale and the calf off of Washington's Olympic Peninsula on Wednesday, the station says.

The calf died July 24 and images of the mother, also known as Tahlequah or J35, have struck the hearts of people worldwide. She has been carrying the calf with her for 16 straight days.

"She literally is pushing her baby to connect with it and, hope against hope -- hoping that it will take a breath, which it will never do," biologist and wildlife conservationist Jeff Corwin told CBSN. "I can imagine this [mourning period] could take a very, very long time."

Just like humans, Corwin said, grief has to "take its course." He said it would be "stressful" for experts to intervene in the whale's process, adding that J35 "probably is medically or physically healthy to survive."

Michael Milstein, a spokesman with NOAA Fisheries, told KIRO-TV that researchers with Fisheries and Ocean Canada also spotted another member of the same pod Wednesday. J50, the ailing 3 1/2-year-old orca, was seen along with her mother, J16.

A team of experts have been searching for the young whale to assess her health and potentially give her food and medication, KIRO-TV reports.

Last week, Washington Gov. Jay Inslee released a video statement on Facebook detailing what his office is doing to protect the orca population in the waters around the state.

"This is something that has struck hearts all over the world," Inslee said. "In fact, who could not weep seeing this mother and the lost love of her child?"