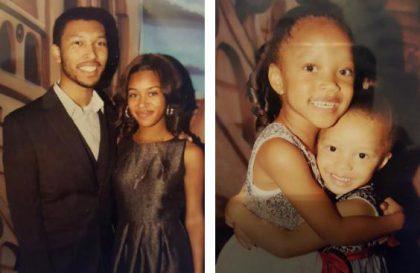 Gregory Green, who spent 16 years in prison for killing his pregnant first wife, admitted to the September 2016 slayings after being ruled competent to stand trial.

“He wanted to get it over with,” defense attorney Charles Longstreet II told reporters.

His stepchildren -- Chadney Allen, 19, and Kara Allen, 17 -- were fatally shot in front of their mother, Faith Green.

Faith Green was slashed across the face with a box cutter, shot in the foot and tied up, but survived.

According to prosecutors, Green called 911 early morning on Sept. 28 and admitted to killing his family. When police arrived, he was waiting on the porch and immediately taken into custody, according to CBS Detroit.

When police entered the home, discovered Faith tied up in the basement, the bodies of the two children in the bed, and the teens fatally shot near their mother. They had been shot execution style.

Police have said the bloodshed apparently stemmed from domestic violence.

Sentencing for Gregory Green is scheduled for March 1. He will serve two mandatory years, followed by 45 to 100 years in prison. He will be 97 before being eligible for parole, according to prosecutors.

A judge rejected a personal protection order for Faith Green in 2013. She had also previously filed for divorce.

Gregory Green and Faith Green married two years after he left prison on his fifth request for parole.