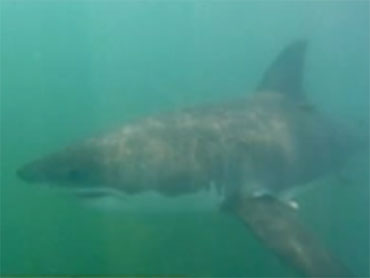 If you saw a shark in the water and safely made it to shore, would you go back in?

Most people probably wouldn't, but that's just what Chuck Patterson did.

While stand-up paddling with his friends on Monday, Patterson spotted two great white sharks in the water and ran for land -- but only so he could grab his camera.

On "The Early Show" Friday, Patterson, of Dana Point, Calif., told why he went back in and what happened when he did.

Since the video was posted online, Patterson said, the footage has gone viral among shark lovers. Click on the video below for his story and to see the amazing footage for yourself.