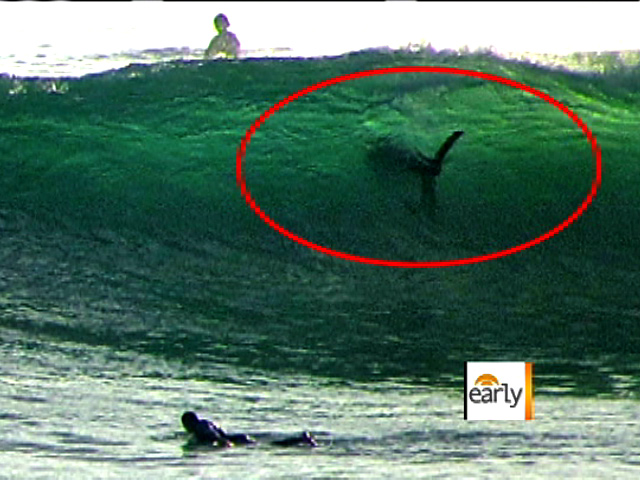 SAN DIEGO -- Two miles of beach in San Diego were open Friday despite a series of recent shark sightings.

One shark was caught in a photo Wednesday.

Its tail fin can clearly be seen in the photo, which was taken by a viewer of CBS affiliate KFMB in San Diego.

Experts identified it as a 10- to 12-foot great white.

There have been three confirmed shark sightings along that coastline in a week.

In one of the others, a foot-long dorsal fin was seen Wednesday, KFMB says. Hours later, a group of fishermen discovered a dead baby seal at a pier with apparent bite marks.

"The only thing that would have done that is something really with big teeth," fisherman Jeff O'Connor told KFMB. "And we figured it's a shark. And it sure looks like a shark bite."

Beaches were reopened Thursday when patrols found no sign of sharks.

Sharks have been known to go to the area this time of year to feed on seals and sea lions.

Click on the video below to see KFMB's report: