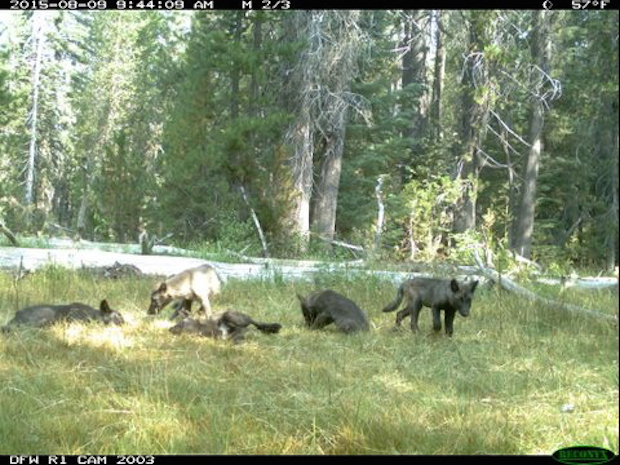 For the first time in nearly a century, a pack of wolves is calling California home.

Camera traps set up by the California Department of Fish and Wildlife (CDFW) snapped images of the five gray wolf pups and two adults in Northern California.

A lone canid was first caught on camera in May and July, prompting the CDFW to deploy additional cameras, which photographed the five pups that appear to be a few months old.

The pack of two adults and pups has been designated the Shasta Pack.

"This news is exciting for California," said Charlton H. Bonham, CDFW Director. "We knew wolves would eventually return home to the state and it appears now is the time."

Wild wolves have historically inhabited California but were wiped out decades ago. Aside from one wolf, dubbed OR7, who entered California in December 2011, the last confirmed wolf in the state was spotted in 1924. OR7 has not been in California for more than a year and is currently the breeding male of the Rogue Pack in southern Oregon.

The wolves' arrival comes at a good time, considering the California Fish and Game Commission voted to list gray wolves as endangered under the California Endangered Species Act last year. As a result, gray wolves that enter California are protected by the law and cannot be harassed, hunted or trapped.

Conservationist welcomed the arrival of the wolves in California, noting that it was another good sign for a species that has recovered and expanded its range after a century of decline due to habitat loss, hunting and poisoning especially in the West.

"We knew wolves would be returning to California. They lived here once before," she said of this pack, which most likely came from Oregon. "It's a paradigm shift in the way humans in general think about wilderness. We understand the value of top predators in the landscape. They are important to the ecosystem and are an iconic symbol for the wilderness."

The pack is currently on public land but close enough to private property that they could face the threat of being killed by an angry ranger or hunter unaware that they are protected under California law.

Conservation groups contend that such threats could be averted by the California Wolf Plan, which is in the process of being drafted and would lay out a strategy for the wolves recovery and their management as the population increases.

Much of the focus of the plan will be on reducing conflict between ranchers and wolves, Vardaman said, by introducing measures such as livestock guard dogs, strobe lights and rangers that would provide a buffer between the two sides.

"Our hope is that it will be a plan that allows wolves to fully recover in suitable, native habitat," Vardaman said. "At the same time, we hope for a plan that will be supportive of the livestock community and support of these proactive, nonlethal tools and programs that will protect livestock from potential conflicts."

The gray wolf was added to the federal Endangered Species list in 1978. The Obama Administration had attempted to delist the gray wolf population in the Great Lakes region but a federal court threw that proposal out in 2014. Oregon is in the process of trying to delist the wolf from the state's endangered species list.

Today, gray wolves have populations in Alaska, northern Michigan, northern Wisconsin, western Montana, northern Idaho, northeast Oregon and the Yellowstone area of Wyoming, according to the National Wildlife Federation. Mexican wolves, a subspecies of the gray wolf, were reintroduced to protected parkland in eastern Arizona and southwest New Mexico. 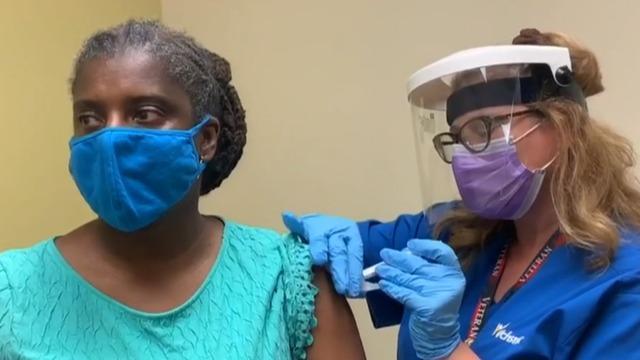 Government says the vaccine will be distributed starting next week after drug regulator's recommendation for emergency use authorization following "months of rigorous clinical trials."

Government says the vaccine will be distributed starting next week after drug regulator's recommendation for emergency use authorization following "months of rigorous clinical trials."