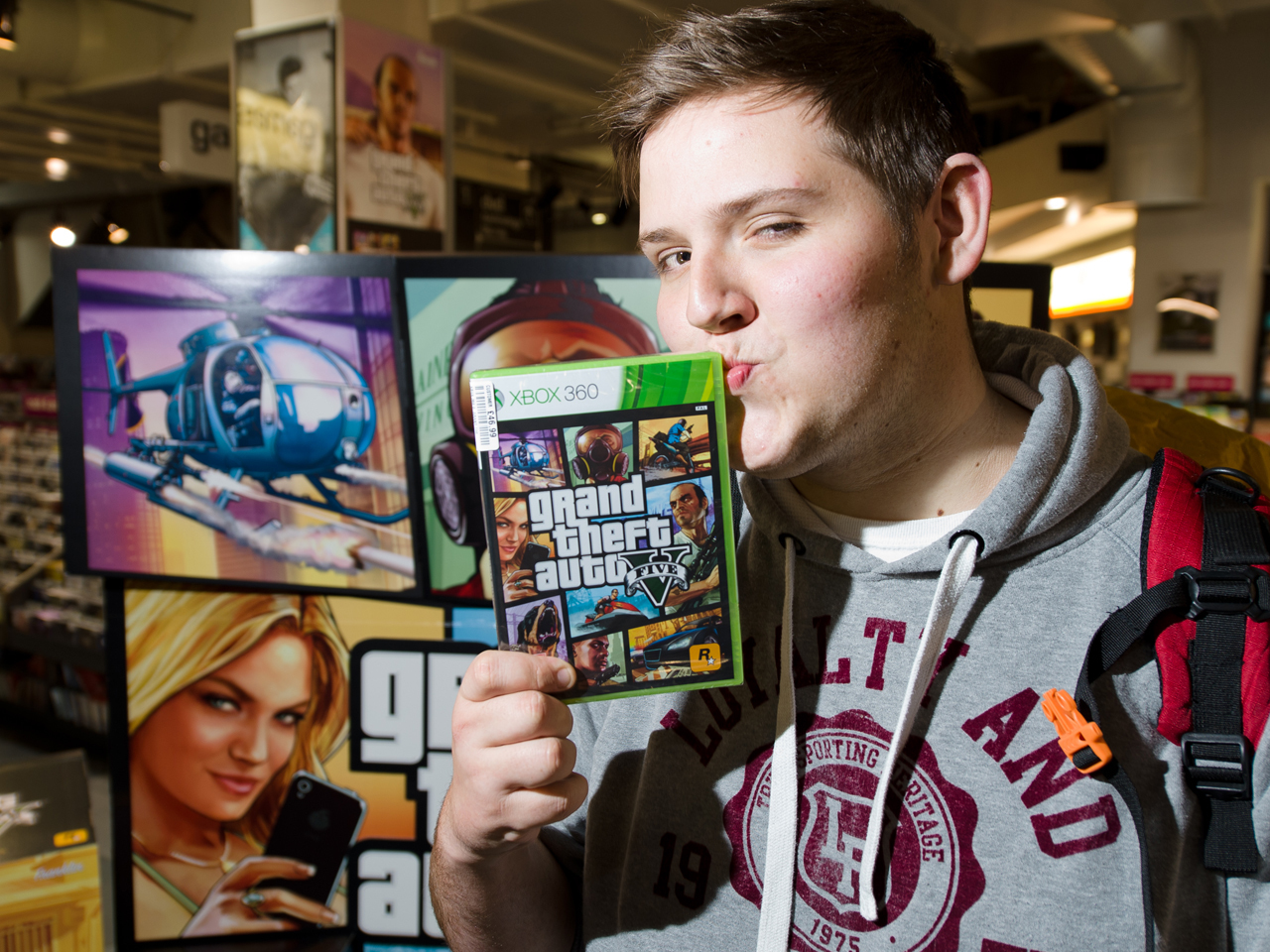 Fans who lined up for their copy say the technology is better than ever. Chris Suellentrop, a video game critic and New York Times contributor, appears to be in that camp -- on "CBS This Morning," he called the latest release "a really excellent game," though noting its "most problematic" aspect is the game's treatment of women.

Critics are also condemning the game's scenes with graphic violence, including torture.

"The enthusiasm for sex and violence is controversial," Suellentrop said. "But there's not much more enthusiasm for sex and violence in the game than there is on HBO, say. The game is a parody, it's a sort of farcical world, and so everyone gets made fun of. But if anyone gets the shortest end of the stick in this game, it's the female character."

Posed with the question of whether the game would lose its appeal to gamers if treatment toward women in the game were different, Suellentrop said he doesn't think so. "They could have strippers and prostitutes and all the things they have in the game, while also having a (strong female) Carmela Soprano-type character in the game, and it would broaden the appeal, not limit it."

The game's popularity, according to the Times critic, is partly due to the thrill of playing a criminal in a game and also because gamers are transported -- and immersed -- in a virtual world.He said, "It's a kind of virtual reality where you can live in this immense virtual space where you can commit crimes, but you can also go jet skiing or sky driving or climb mountains."

CVS CEO on banning the sale of tobacco

"The Rock" stars in first Super Bowl ad for "Got Milk?" campaign