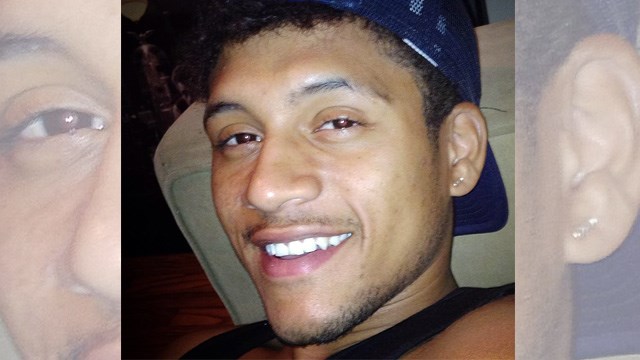 The indictment came Thursday after prosecutors presented their case against Officer Robert Olsen of the DeKalb County Police Department. The charges include felony murder.

Olsen shot Anthony Hill on March 9 while responding to a call of a man behaving erratically outside a suburban Atlanta apartment complex.

CBS affiliate WGCL reported that Hill's family said he was having some sort of mental episode which caused him to strip naked. Police were called and when Olsen arrived on scene, he claimed Hill lunged at him, prompting the fatal shooting.

The 27-year-old's family says he was a U.S. Air Force veteran who struggled with mental health problems.

DeKalb County District Attorney Robert James said he presents all cases involving shootings by officers to a grand jury for a civil review. Grand jurors then recommend whether the case should be considered for criminal prosecution.

After such a review in October, grand jurors cited inconsistencies and contradictions in the evidence and recommended prosecutors investigate further. James announced earlier this month he would seek an indictment.

Olsen claimed self-defense for the shooting. Cell phone video showed Hill naked and on the ground shortly before he was killed, WGCL reported.

Olsen is white and Hill was black. Tensions between police and minorities have risen across the country in the aftermath of a series of shootings mostly involving white law enforcement officers and unarmed African-American males. An unwillingness by grand juries to indict the officers in many cases has sparked protests in cities around the country.

Olsen was indicted on two counts each of felony murder and violating oath of office and one count each of aggravated assault and making a false statement.

A crowd of several dozen outside the courtroom burst into cheers upon hearing the decision and chanted, "All six counts."

Hill's mother, Carolyn Giummo, said she was thankful the grand jury came to the decision it did.

Ultimately, the district attorney decides whether to seek indictment.

Additional investigation into the circumstances surrounding the shooting led James to conclude that there was enough evidence to support charges on the six counts, he said earlier this month when he announced his decision to bring the case before another grand jury for criminal consideration.

Hill's family in November filed a wrongful death lawsuit against the DeKalb County Police Department, Olsen, the county and its board of commissioners.