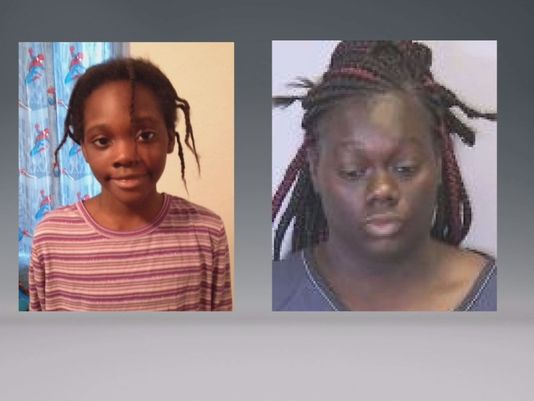 PETERSBURG, Fla. -- Documents filed in the case of an 11-year-old Janiya Thomas, who was found dead in a freezer at a relative's home in October, revealed months of abuse by her mother.

The grand jury used the word "tortured" when describing the conditions under which the Florida girl lived.

The indictment, which came down yesterday, said Keishanna Thomas killed Janiya by "starving her and/or asphyxiating her and/or drowning her."

A man who had dated Thomas starting in August said he didn't even know she had a child named Janiya.

The documents paint a horrific portrait of Janiya's young life in Bradenton, a small city south of Tampa on Florida's Gulf Coast.

The girl's cousin told investigators that Janiya had a medical condition that caused her to lose control of her bladder and bowels.

A family friend said Thomas was upset that her daughter had the condition, and liked to keep the house spotless with bleach.

The family friend told investigators that Janiya was once placed in water that contained too much bleach, and that her skin turned red.

The girl's siblings told investigators that their mother would lock Janiya in the bathroom day and night and had blocked the door with a large trunk to prevent her from leaving.

Last December, neighbors saw the then-10-year-old Janiya going through the garbage in the apartment complex cans. The girl told the neighbor that she was looking for food for her and her siblings.

Thomas withdrew Janiya from school in spring 2013 and was allegedly homeschooling her, a probable cause affidavit said, but she had not submitted the required documentation for academic evaluation.

Authorities say Janiya's body was found Oct. 18 in a freezer that Thomas had delivered to a relative's house. The girl had been placed in a cardboard box and she appeared emaciated.

The state child welfare agency has investigated the family for abuse 10 times since 2003. Thomas has four other children, all of whom are in the custody of relatives.

She has been in custody at the Manatee County jail on on bonds totaling $200,00 on charges of abuse, aggravated child abuse and abuse of a dead body.

If convicted of first-degree murder, Thomas could face the death penalty.

A call to her public defender, Franklin Roberts, was not immediately returned.