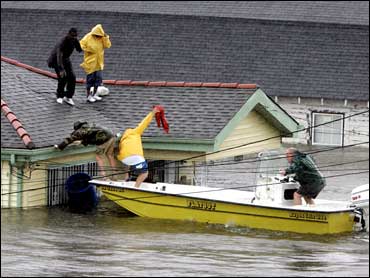 I was a guest on a Louisiana radio show recently. The topic was Katrina, as you might have guessed. The host wanted to know if people in the rest of the country were aware of how bad things still are down there.

Tens of thousands are still waiting for government checks. The talk show conversation got around to lessons and, I said, you'd be hard-pressed not to say, "If you're going to depend on the government to help you, you're relying on the wrong bunch."

Now read in Monday's Washington Post that about one quarter of the top jobs at the Department of Homeland Security are vacant. I hear Homeland Security is important these days. Perhaps it's not that big a deal. If I were running for president, I'd start talking about good government. It's not sexy, it's an old-fashioned idea: accountability, getting what you pay for, that kind of thing. Enough of us encounter bad government everyday. It might just get our attention, and our votes.