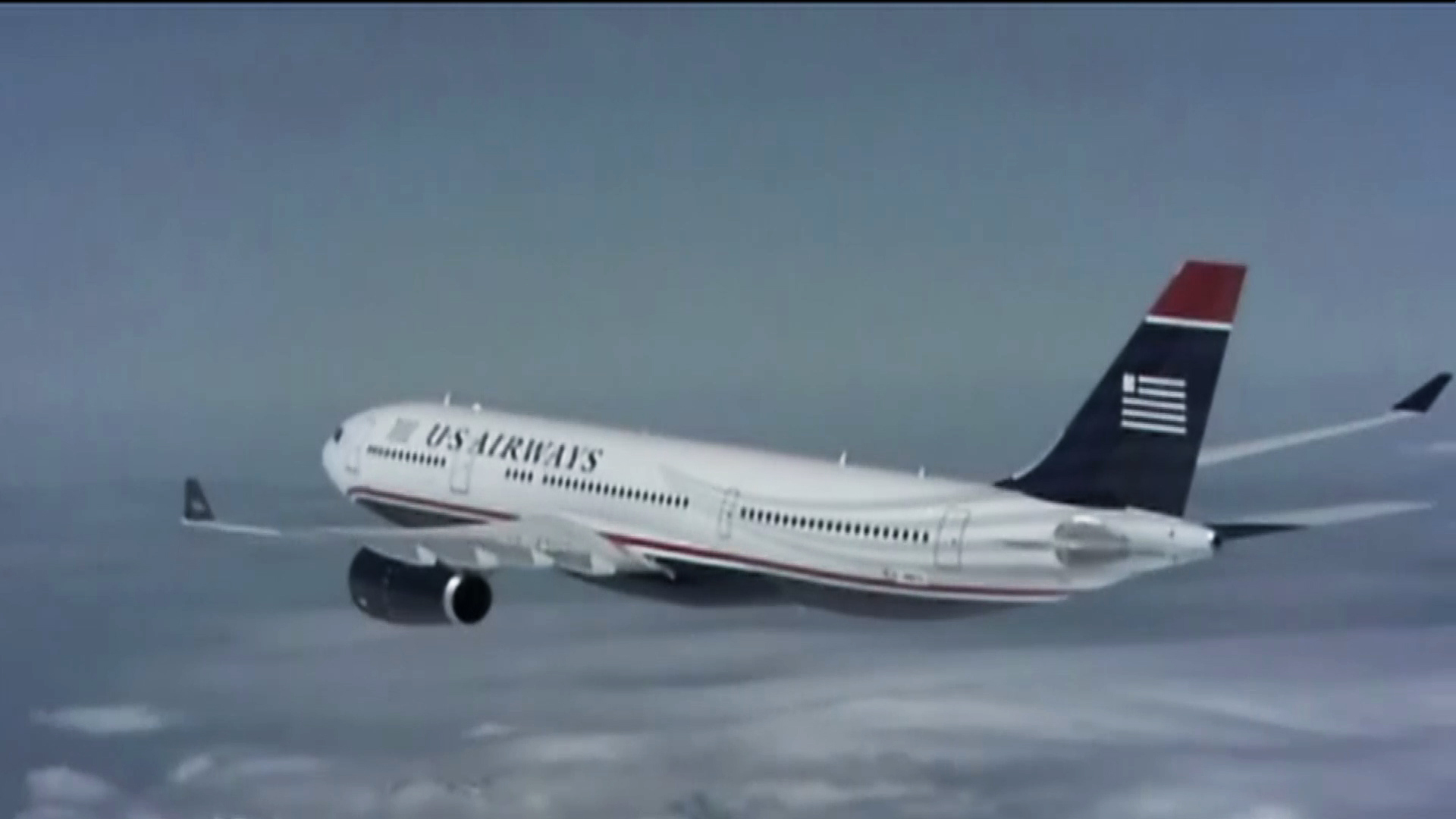 The Justice Department says the deal would result in the creation of the world's largest airline and that a combination of the two companies would reduce competition for commercial air travel in local markets and would result in passengers paying higher airfares and receiving less service.

"Americans spent more than $70 billion flying around the country last year," said Assistant Attorney General Bill Baer in announcing the suit. "Increases in the price of airline tickets, checked bags or flight-change fees resulting from this merger would result in hundreds of millions of dollars of harm to American consumers."

He added that US Air now "competes vigorously" through price discounting, and said such deals are certain to disappear once the deal is done.

"If this merger were to go forward, consumers will lose the benefit of head-to-head competition between US Airways and American on thousands of airline routes across the country -- in cities big and small. They will pay more for less service because the remaining three legacy carriers -- United, Delta and the new American -- will have very little incentive to compete on price."

Baer also cited the effects on Washington, DC, flyers. "Across the Potomac River, the merged airline would dominate Washington Reagan National Airport by controlling 69 percent of the take-off and landing slots at DCA," Baer said.

The government's action came two days before a bankruptcy judge was to decide whether the deal would be allowed as a way to exit bankruptcy reorganization. The airline filed for bankruptcy protection in 2011.

Rick Seaney, CEO of travel planning website FareCompare, was guardedly enthusiastic about the suit to block the deal. "This was unexpected, and while it isn't a death blow, it is a solid punch in the first round," he said. "I don't expect it will kill the merger, but it will delay it. Look for some concessions to be made by the airlines, some settlement to be agreed to."

But while Baer said in a conference call with reporters that the Justice Department is open to proposals from the companies to settle the case, he strongly emphasized that the competitive problems with the deal were too big for individual route concessions to solve the problem.

"If anyone wants to come to us, we're willing to listen, Baer said. "But we think the right solution is a full-stop injunction."

Baer said he did not know when there would be hearings on the suit or when it would be finally adjudicated. He added that Justice did not consult with the White House on the suit.

Baer also tossed aside concerns over how the news would rock share prices of the companies. If the deal went through, he said, "Shareholders might get a good deal, but consumers will get the shaft."

Shares of US Airways plunged on the news, losing more than 9 percent in mid-day trading. Other Airline stocks took the news hard as well. United Continental Holdings (UAL) fell more than 6 percent and Delta (DAL) was down more than 8 percent.

The U.S. government and the state attorneys general filed a lawsuit filed in federal court in Washington, D.C., seeking to prevent the companies from making the deal. Joining the federal government's suit are the states of Virginia, Texas, Tennessee, Pennsylvania, Florida, Arizona and the District of Columbia.

US Airways CEO Doug Parker said in a prepared statement to employees that the move was "disappointing."

"In light of today's announcement, the companies no longer expect the merger to close during the third quarter of 2013," he said. "However, we are hopeful that the litigation will be successfully concluded and we will close the merger before year end."

AMR Corp., the parent of American Airlines issued a press release vowing to fight the government tooth and nail. "We will mount a vigorous defense and pursue all legal options in order to achieve this merger and deliver the benefits of the new American to our customers and communities as soon as possible," the statement said.

The Allied Pilot Association, the pilots union which supports the deal, issued a statement that it expects the merger to be completed, eventually, and noted the fact that this deal partly grew out of the bankruptcy restructuring of American Airlines.

"American's creditors, including the three labor unions on the property, recognize the merger's value to the flying public, the aviation industry, and the employees of both carriers," the organization said in a statement.

The deal had already passed muster with the European Union.

In February, the companies disclosed their plans to create a company with 6,700 daily flights and annual revenue of roughly $40 billion.

Were the deal to be approved, the four biggest U.S. airlines -- American, United, Delta and Southwest -- would all be the products of mergers that began in 2008. Those deals have helped the industry control seats, push fares higher and return to profitability.

On Tuesday, Attorney General Eric Holder said the transaction between US Airways and American would result in "higher airfares, higher fees and fewer choices."

Last year, business and leisure airline travelers spent more than $70 billion on airfare for travel throughout the U.S.

American parent AMR Corp. has cut costs and debt since it filed for bankruptcy protection in late 2011. Pilots from both airlines have agreed on steps that should make it easier to combine their groups under a single labor contract, a big hurdle in many airline mergers.

Baer and the complaint stressed that the two companies have emphasized their robust health, and that after it emerges from bankruptcy protection, American will be in fine shape. "The complaint states that US Airways' CEO observed in December 2011, that "American is not going away, they will be stronger post-bankruptcy because they will have less debt and reduced labor costs."

And, as recently as January 2013, American's management presented plans that would increase the destinations it serves in the United States and the frequency of its flights, and would position American to compete independently as a profitable airline with aggressive plans for growth.

"This is the best news that consumers could have possibly gotten," said Charlie Leocha, director of the Consumer Travel Alliance and member of a panel that advises the government on travel-consumer issues.