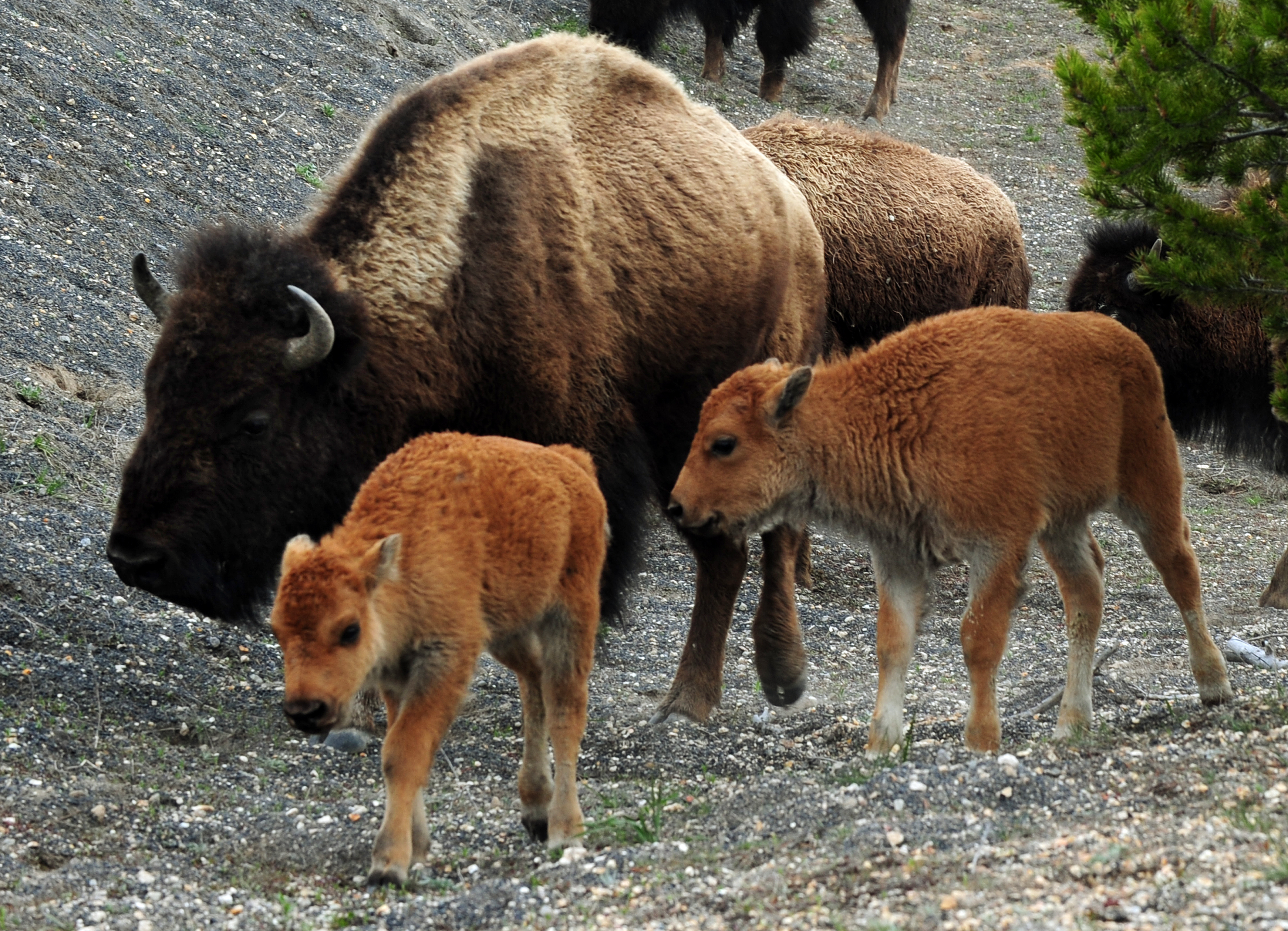 BILLINGS, Mont. -- Government agencies aim to kill or remove up to 900 wild bison from Yellowstone National Park this winter as part of an ongoing effort to reduce the animals' annual migration into Montana by driving down their population.

Park officials on Tuesday released details of plans for at least 600 to 900 bison to be killed by hunters or captured and sent to slaughter. That potentially would be the most in one winter since 2008, and it represents more than 18 percent of the current population of about 4,900 animals.

Bison migrate annually from the high country of Yellowstone to their historical winter grazing grounds at lower elevations in Montana. Since the 1980s, worry over the animal disease brucellosis has prompted the killing of about 8,200 park bison.

Yellowstone Superintendent Dan Wenk said in a statement that the National Park Service was uncomfortable with the practice and interested in alternatives, such as sending disease-free animals to other public, private or tribal lands.

"The park would gladly reduce the frequency and magnitude of these operations if migrating bison had access to more habitat outside the park or there was a way to transfer live bison elsewhere," Wenk said.

Two weeks ago, Montana Gov. Steve Bullock approved a plan that for the first time would allow hundreds of bison to roam year-round on about 400 square miles of primarily public lands just west of Yellowstone.

"An adaptive approach to bison management means we look at how we are doing things, assess our effectiveness, and adapt accordingly," said Bullock, CBS affiliate KTVQ reported. "This decision is a very modest expansion of the conditions under which bison may remain outside of the Park."

Bullock continued, "I am confident our livestock industry is protected, and I remain committed to continuing to pressure the Park Service to reduce the bison population in the Park, and keep those numbers to manageable levels."

The proposal must be agreed to by the park, other federal agencies and American Indian tribes before it can go into effect.

Whether that will happen this winter is uncertain. But even if it did, it's expected to have little impact on the hunts and slaughters planned for this winter. Most of the population growth has been within herds that migrate into the Gardiner Basin north of the park, not on the west side where Bullock wants more tolerance for the animals.

"The governor's decision wouldn't change the number of animals, the goal of what we're trying to take this year," said Sam Sheppard with Montana Fish, Wildlife and Parks. Reaching that goal is dependent on the severity of the winter. In mild years, fewer bison leave the park to graze in Montana, Sheppard added.

Under a 2000 agreement between federal agencies and Montana officials, the capture and slaughter of bison has become a regular occurrence. The practice is the subject of harsh criticism from wildlife advocates and members of Congress. A record 1,737 bison were removed from Yellowstone in 2008.

In the past few years, officials have put more emphasis on hunting just outside the park's boundaries, including by members of American Indian tribes that have treaty rights to harvest the animals.

Last winter saw the removal of 737 bison. That included 219 killed by hunters, 511 sent to slaughter or shot by government wildlife agents, and seven transferred into a government research program.

Despite such efforts, the park's herds remain at near-record levels.

Unlike most bison in the U.S., Yellowstone's herds are considered genetically pure, making them prized among biologists and the throngs of tourists who come to the park hoping to see one of the animals up-close.

Some ranchers, landowners and elected officials in Montana have a more negative view. That's because of brucellosis and the potential for bison to compete with cattle for grazing space on public lands outside the park.

Roughly half of the park's bison test positive for exposure to the disease. However, there have been no recorded brucellosis transmissions from bison to cattle.