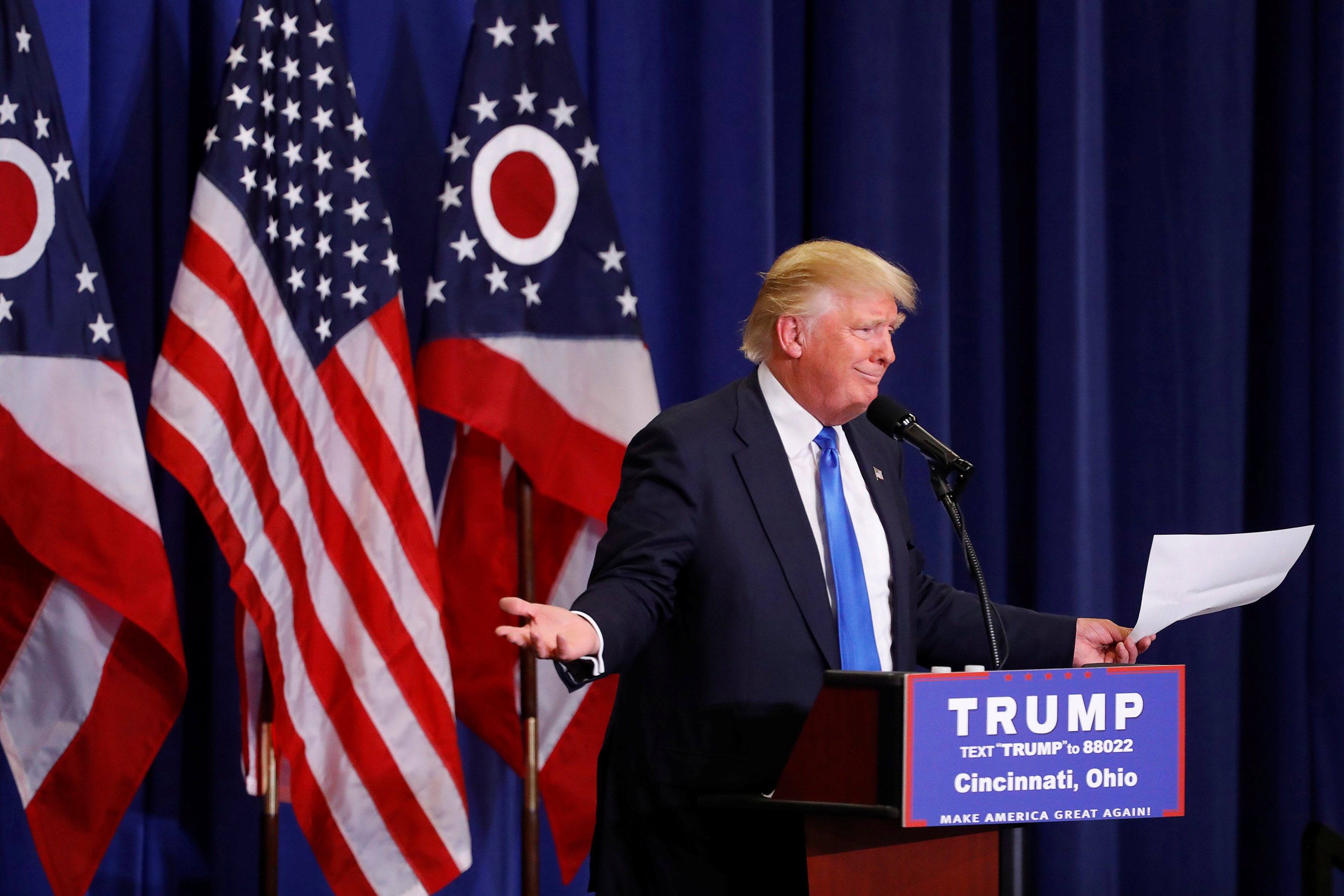 CLEVELAND -- In a major blow to Republican foes of Donald Trump, a committee at the GOP national convention voted late Thursday to rebuff a push to let delegates vote for any presidential candidate they'd like.

The rules committee used a voice vote to reject a proposal by Colorado delegate Kendal Unruh to let delegates "cast a vote of conscience" and abandon the candidate they'd been committed to by state primaries or caucuses.

The amendment became the focal point of furious lobbying that's pitted conservatives against the Trump campaign and top leaders of the Republican Party. On a 112-member rules panel dominated by party and Trump loyalists, the outcome was expected.

Unruh, like many of her allies a delegate for Texas Sen. Ted Cruz and his abandoned presidential campaign, has said she expects to collect signatures from 28 members of the rules panel. That would be enough to bring her proposal to a vote by the full convention, which opens Monday.

Trump campaign and Republican National Committee officials say they expect to prevent her from accomplishing that.

Unruh told the panel that she's won support from "Americans and patriots and people from all walks of life who truly believe in the right to conscience."

But she encountered overwhelming opposition from delegates arguing that it would be unthinkable for the party to abandon Trump after he overwhelmingly won GOP primaries and caucuses and garnered more than 13 million votes.

He added, "The only way to advance the conservative cause is through a strong Republican Party that is united to defeat Hillary Clinton and the Democrats this fall."

Earlier Thursday, talks between top party officials and recalcitrant conservatives broke down, increasing the odds of nationally televised clashes during next week's sessions on other GOP rules, a faceoff leaders have been hoping to avoid.

As Thursday's negotiations foundered, the alliance between the Trump campaign and leaders of the Republican National Committee showed its muscle and began rejecting conservatives' attempts to revamp party rules.

In one showdown, the rules committee voted 86-23 to reject an effort by conservatives to eliminate the RNC's ability to change party rules in years between national conventions. In another, the panel used a voice vote to defeat a plan to bar members of the RNC from being lobbyists - a profession that employs many of them in their home states - though it would have exempted lobbyists for nonprofit organizations.

In a gesture to conservatives, the rules panel voted to create a commission that by 2018 could propose changes to the GOP's presidential nominating process, which came under intense fire this year. Trump called the system "rigged" early on, and his opponents have demanded more power for delegates to select a fresh nominee.

The closed-door negotiations were aimed at finding middle ground that would have increased the chances for a smoothly functioning four-day gathering next week, averting televised battles among members of a party whose likely presidential candidate has already proven divisive. There's been talk of some Trump foes walking out of the convention if they feel they've been treated unfairly, a spectacle top Republicans would love to avoid.

But by late afternoon, Ken Cuccinelli - a leader of the conservatives who was an adviser to Cruz's presidential campaign - said GOP leaders he was negotiating with told him, "Sorry, we don't have a deal."

Those talks focused on conservatives' proposals, aimed at appealing to grassroots conservatives, that would take power from the Republican National Committee - consisting of 168 party leaders from around the country - and its chairman, who is currently Reince Priebus.

Both sides agreed that the bargaining broke down over an effort by conservatives to provide extra convention delegates to states with primaries closed to independent and Democratic voters, many of whom flocked to Trump in this year's voting.

Cuccinelli said he would win enough support - 28 of the rules committee's 112 members - to be allowed votes on several of his proposals by the full convention. RNC chief spokesman Sean Spicer said he would not.

Spicer said party leaders have no desire to negotiate with other conservatives who want to let delegates abandon the candidates they were committed to by state primaries and caucuses.

"What, we come here and say, 'Undo that'?" said Spicer. "There's nothing to negotiate."