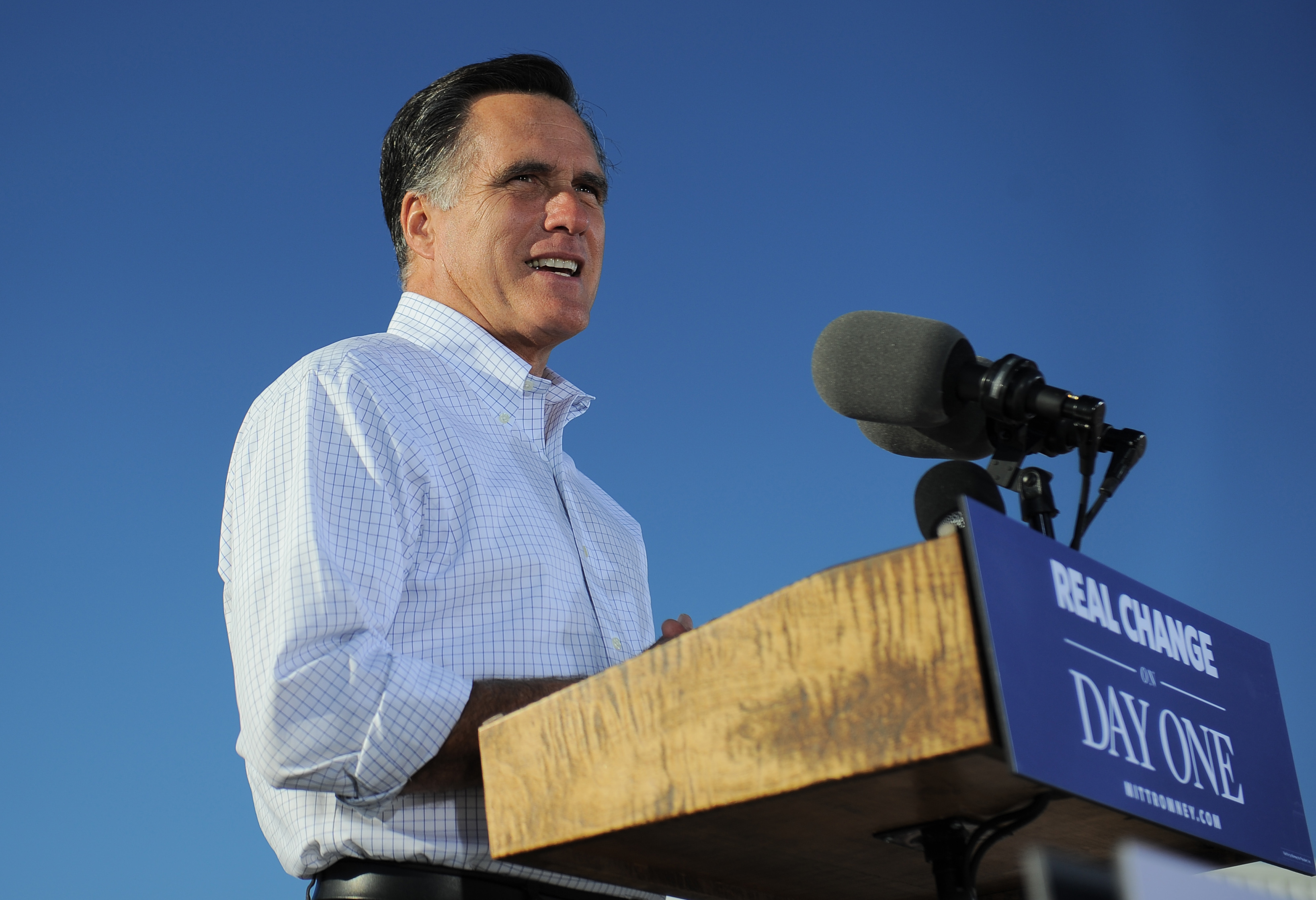 DES MOINES, Iowa A month ago, as Mitt Romney's campaign appeared to be foundering on just about every front, even allies of the Republican nominee believed his hopes for recovery to be particularly grim here in Iowa.

At the time, he was failing to generate much enthusiasm in his western Iowa stronghold, and President Obama's vaunted ground game in the state -- which had launched him toward the Oval Office in 2008 -- was humming along with an efficiency that threatened to put the state out of reach.

Particularly concerning for the Romney camp was the extent to which its internal polling showed the challenger getting blown out in Obama's eastern Iowa strongholds of Black Hawk and Linn counties, which encompass the population hubs of Waterloo-Cedar Falls and Cedar Rapids, respectively.

Romney did not have to come close to winning in either of those counties, his team had calculated, but in order to have a shot at the Hawkeye State's six electoral votes, he needed a respectable showing in each.

Just when many Republicans here were about to give up hope, the former Massachusetts governor squared off against Obama in the Oct. 3 debate. Overnight, this traditionally Democratic-leaning swing state became one of his most inviting targets.

"A month ago, I could hear the sounds of the Obama train steaming up and leaving the station. He was poised to pull away, which would have had impact up and down the ballot," said longtime Iowa Republican strategist Bob Haus. "Then, a debate happened and the race was recast in 90 minutes. It's hard to tell you what an impact it had."

Since his commanding performance in Denver, Romney has not only closed the gap somewhat in Black Hawk and Linn counties, he has seen a significant boost in the intensity of support in the dark-red, soon-to-be liquidated 5th Congressional District represented by Steve King.

In the 2012 caucuses, Rick Santorum dominated that deeply conservative western section of the state, while Romney struggled to connect with the heavily evangelical and rural population (just as he did in his 2008 caucuses loss to Mike Huckabee). But the Republican nominee now appears to have built a comfortable, double-digit lead over Obama in most of those counties, and his campaign expects turnout there to be sky-high on Nov. 6.

Perhaps even more important for Romney, internal polls have shown him closing Obama's narrow advantage in swing voter-heavy Scott County, where the GOP standard-bearer held a rally Monday in Davenport.

In his remarks introducing Romney at that event, Iowa Republican Gov. Terry Branstad noted that he had won the county in each of his five gubernatorial campaigns and suggested that the candidate's economic message would produce similar results on Tuesday.

Additionally, the Romney campaign believes that it is outperforming its goal in the heavily white, blue-collar counties that dot southeastern Iowa, an encouraging sign for any statewide Republican candidate.

"Our state Senate tracking polls are moving [Romney's] way in swing districts, and the sweep of endorsements over the weekend gives him a sense of momentum," said Iowa GOP operative Steve Grubbs. "I predict he wins Iowa."

Indeed, The Des Moines Register's backing of Romney this past weekend came as a surprise to just about everyone in Iowa politics.

In spite of the kerfuffle that resulted from the Obama campaign's original stipulation that the paper's editorial board interview the president off the record, there was little reason to believe that the state's most widely circulated newspaper would back a Republican presidential candidate for the first time since 1972.

The endorsement came as a pleasant shock to Iowa Republicans, who had become well-practiced over the years in arguing that newspaper endorsements don't matter.

Still, despite the Register's reach and the high regard with which its political coverage continues to earn, there is little question that its influence has waned.

But taken in combination with endorsements by Iowa's three other major dailies -- The Cedar Rapids Gazette, Quad Cities Times, and Sioux City Journal -- Romney's ability to win over top opinion-makers in the state is emblematic of a remarkable turnaround, especially given the tsunami of positive media coverage Obama enjoyed here four years ago.

"It punctuates Obama's poor campaign effort here and Mitt's obvious momentum," he said. "The entire Republican ticket is gaining statewide. In a sense, the Register's endorsement says, 'It must be over if even the Register picks Mitt.' "

But even Iowa Republicans who are most convinced that the tide has turned admit that Obama's extensive ground operation here -- which never left and has been growing steadily since early 2007 -- remains a powerful weapon for the president.

Romney has nothing in place that comes close to matching Obama's micro-targeting get-out-the-vote machine, which one state Republican described as "startling in its attention to detail."

Still, the latest RCP Average of Iowa polls shows Obama holding onto a lead of one point in the state. And in a "state of the race" email to supporters on Monday, Bill Burton of the Obama's Priorities USA super PAC wrote that the contest there is "a dead heat," with the president ahead by one point in the group's latest internal poll.

Perhaps the area of the state that each campaign will pay closest attention to heading toward Election Day is Polk County -- the most populous of Iowa's 99 counties and home of the capital, Des Moines.

Romney strategists believe that the Republican can lose Polk County and still carry the state, but they must keep Obama's margins down in the capital region. That's one reason they dispatched Ann Romney to Des Moines on Tuesday evening, where the former first lady of Massachusetts hosted the first Romney rally since the campaign suspended all of its overtly political events in light of the devastation from Hurricane Sandy in the mid-Atlantic area.

Vice President Joe Biden will be close on her heels when he arrives in Iowa on Thursday for rallies in Muscatine and Fort Dodge.