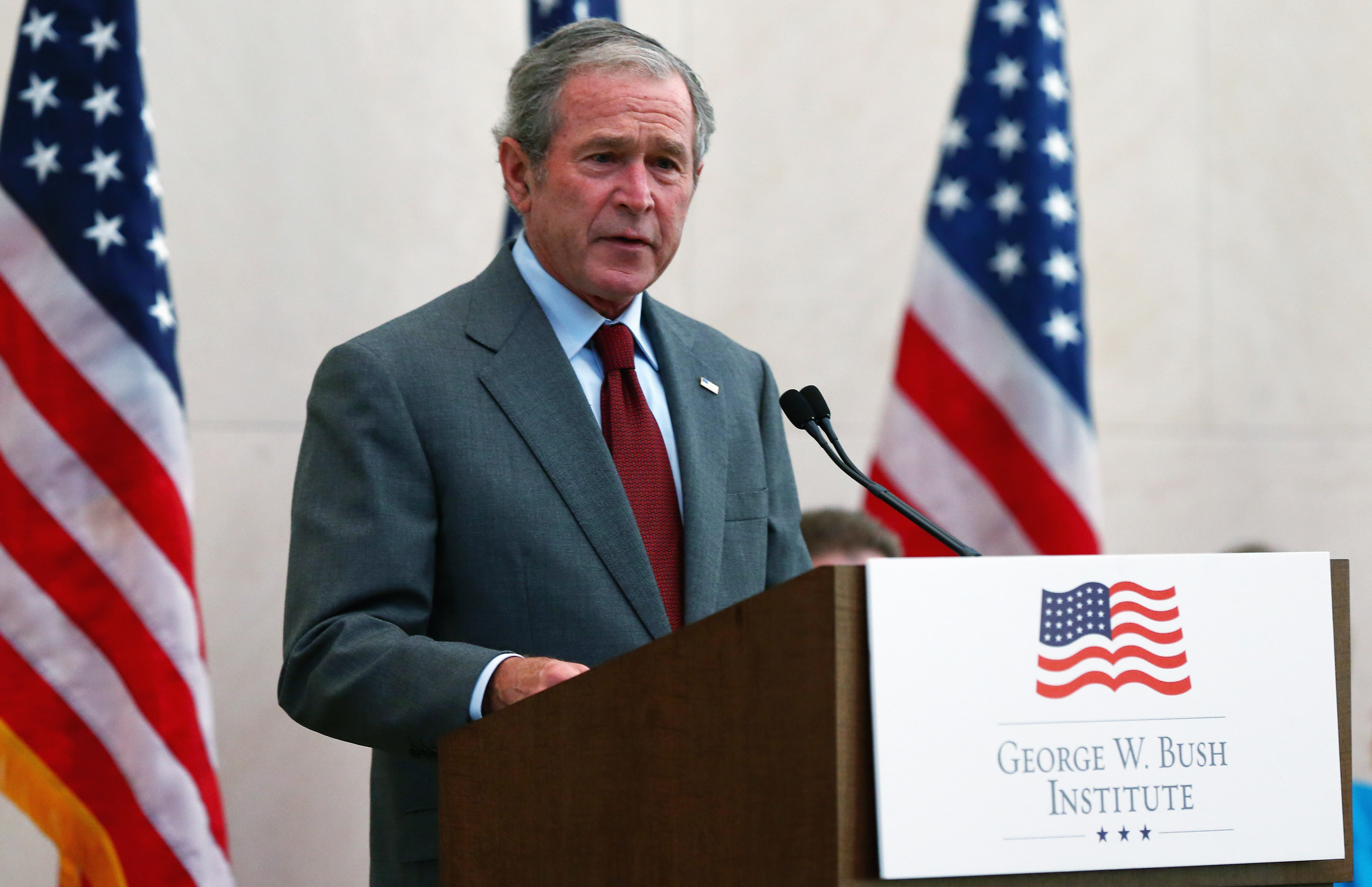 Hours after former President George W. Bush left the hospital on Wednesday, the National Republican Congressional Committee began collecting money for flowers and signatures for a "Get Well Soon" e-card.

"We wanted to create an outlet for Americans to show that their thoughts and prayers are with President Bush as he recovers," NRCC Communications Director Andrea Bozek said in a statement. "Everyone here is wishing him a speedy recovery."

But the donations are expected to surpass the funds necessary to send Bush a bouquet of the Texas state flower, Bluebonnets, according to the Dallas Morning News. The NRCC didn't return calls for comment on what will happen with the additional money, though it's not a stretch to surmise that they'll be used to help elect Republicans to the House of Representatives, which is the NRCC's role.

Democrats have yet to respond but they were criticized by Republicans earlier this year after the Democratic Party solicited donations following the Boston Marathon bombings.

Bush was in a Dallas hospital Tuesday for a heart procedure to clear a blocked artery. Doctors found the problem during a routine physical on Monday. He was discharged and returned home Wednesday morning.