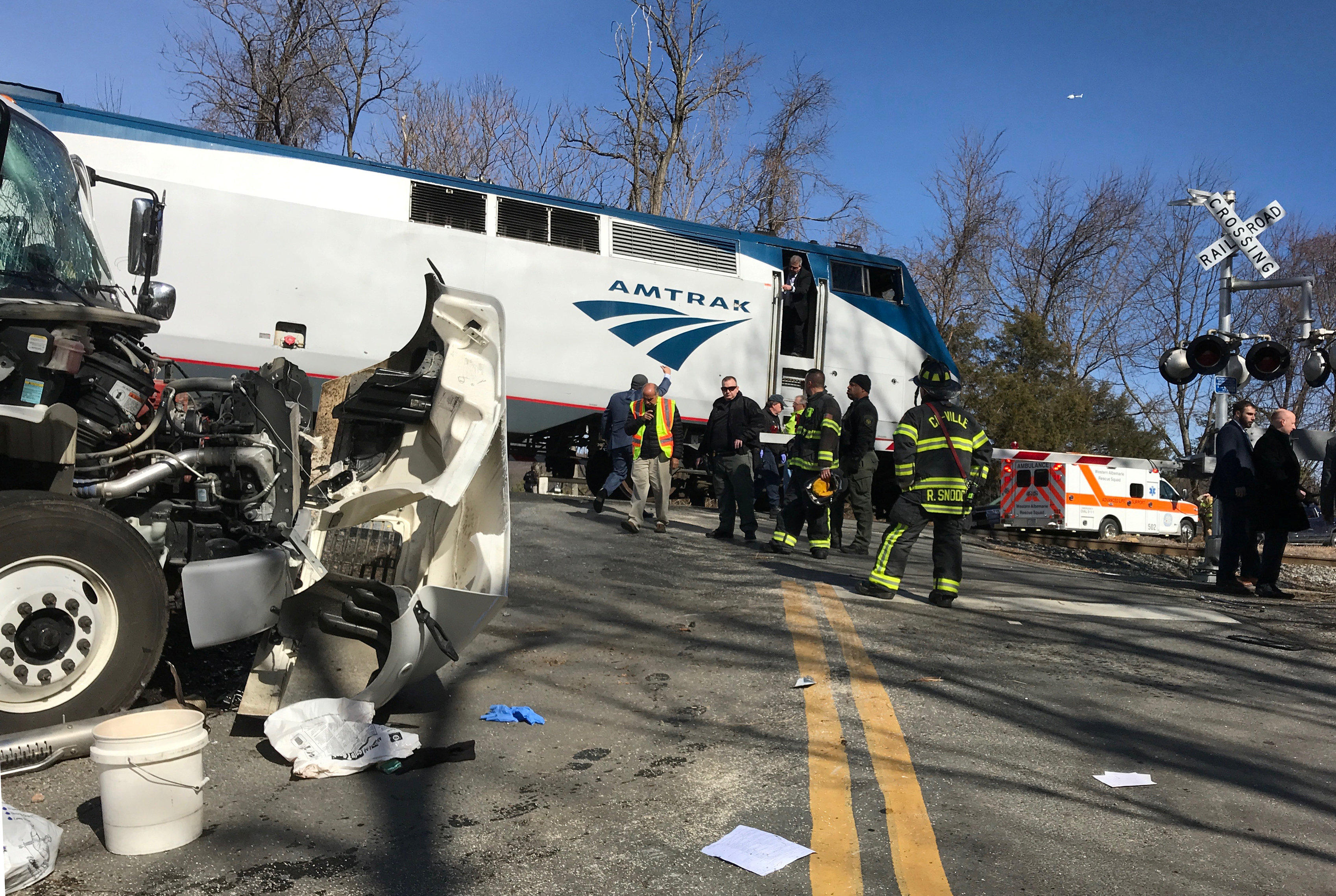 WASHINGTON -- A congressman on the train involved in an accident on its way to a GOP retreat in West Virginia says three lawmakers who are doctors tended to crash victims. Rep. James Comer of Kentucky says the collision destroyed a garbage truck, leaving it "just in pieces."

Comer says Reps. Larry Bucshon of Indiana, Roger Marshall of Kansas and Brad Wenstrup of Ohio came to the aid of crash victims before emergency personnel -- including a transport helicopter -- arrived.

On Twitter, Bucshon said: "We went to the scene and did what we could to help the injured. Our thoughts and prayers are with the victims of this tragic accident and their families."

Sen. Jeff Flake, R-Arizona, said he saw Wenstrup and Sen. Bill Cassidy, who is also a doctor, perform CPR on one of the people in the truck. "They were working on a man, deceased. CPR performed for long time. It didn't work," Flake said.

Flake said the scramble to help reminded him of the scene last summer when he and Wenstrup ran to the aid of Rep. Steve Scalise and others who were shot during a congressional baseball practice. "The two of us were there. Brad was cutting away the jackets of so they could attach some of the life saving equipment. It just – my mind went back to the same thing, cutting away Steve's uniform so we can apply a tourniquet. So it's too reminiscent."

The train was en route to an annual legislative conference at the Greenbrier resort in White Sulphur Springs, West Virginia, when it hit the truck in Crozet, Virginia, which is west of Charlottesville.

The White House confirmed there was one fatality and one serious injury in the truck as a result of the crash.

There were no serious injuries among members of Congress or their staff. Several Amtrak crew members and passengers were transported to a local hospital with minor injuries.

A tweet from the staff of Rep. Jason Lewis, R-Minnesota, said, "Due to the impact of the train collision and as per standard concussion protocol, Rep. Lewis is going to be checked out at a local hospital." Another tweet said, "Rep. Lewis wants folks to know the following: 'I'm fine compared to, tragically, the truck drivers, and thankful for the prompt action of our doctors and first responders. My thoughts are with the family of the individual who passed away.'"

House Speaker Paul Ryan's office also said one of his staff members was taken to the hospital "out of an abundance of caution" after sustaining a head injury.

Comer says lawmakers, spouses, and aides had been on the train for about two hours when the crash suddenly happened. The impact made him jump out of his seat.

Flake said, "We were moving at a pretty rapid pace and it didn't seem like there was any time for the train to slow down at all. I didn't feel any slowing before the impact."

Rep. Jeff Denham tweeted a photo of damage to the front of the train.

According to Amtrak, the crash involved a chartered train that was not operating on a regular schedule, CBS News transportation correspondent Kris Van Cleave reports. Amtrak said the train remained upright and on the tracks.

The NTSB has sent a team to investigate the collision.

Buses were sent to pick up the lawmakers Wednesday afternoon and take them on to their destination.

"After consultation with leadership in the U.S. House and U.S. Senate, the retreat will proceed with an adjusted program," a spokesperson for the Congressional Institute said in a written statement. "Our thoughts and prayers are with those impacted by today's incident."

My colleagues and I are deeply saddened by today's fatal train accident in Virginia.

My condolences, and those of the entire Senate family, go out to the victim's family, friends, and coworkers. Our prayers are with the other accident victims who are fighting to recover from their injuries. And our deep gratitude is with the police, firefighters, and medical personnel who sped to the scene.

It is impossible to overstate how much we Americans owe to our brave first responders -- today and every day.