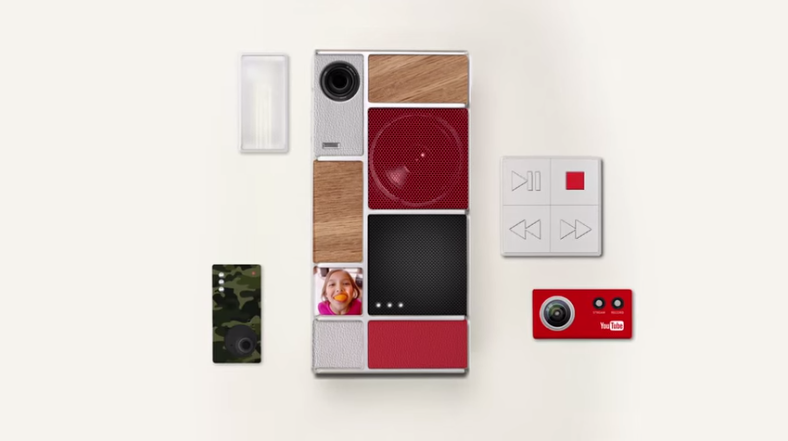 It sounds like a taco truck. But instead of picking a filling, sauce and side, your choices are a camera, a speaker and an extra battery. It's the pilot for Project Ara, Google's modular smartphone, and it's launching in Puerto Rico this year, the company said Wednesday at the Ara developer's conference in Mountainview.

Ara's basic premise: You should be able to get the phone you need, with exactly the features you want. It starts with a skeleton frame that houses the basic hardware (the "endo"), then you add onto it whatever pieces you want -- and what you can afford -- like a high-end camera, another battery, an AM/FM radio, a great speaker, a compass, or a replacement screen for the one you just cracked.

Google plans to roll out its pilot program in Puerto Rico by the end of the year, handing out endos and more than 20 modules to its test audience from what have been described as food truck-style vans.

On the home front, Google is also making moves toward its goal of getting self-driving cars into production by 2020.

Reuters reports that the company has begun discussions with top automakers including General Motors, Ford, Toyota, Daimler and Volkwagen to begin determining whether it will build its own cars, or provide the systems and software to the experts.

"We'd be remiss not to talk to ... the biggest auto manufacturers. They've got a lot to offer," Chris Urmson, director of Google's self-driving car project, said in an interview with Reuters. "For us to jump in and say that we can do this better, that's arrogant."

Urmson said that the company plans to test a fleet of fully autonomous vehicles without a steering wheel later this year, and averred that there are no regulatory roadblocks (so to speak) to doing so.

California, Nevada, Florida and Michigan have all passed laws that permit and regulate the testing of driverless cars.

In its statement on policies regarding autonomous vehicles, the National Highway Traffic Administration (NHTSA) has issued doubts about moves of this kind: "In general, we believe that states are well suited to address issues such as licensing, driver training, and conditions for operation related to specific types of vehicles. NHTSA has considerable concerns however about detailed state regulation on safety of self-driving vehicles, and does not recommend at this time that states permit operation of self-driving vehicles for purposes other than testing."

Urmson has reportedly said that Google has been in communication with NHTSA, which could conceivably enact a ban that would stop or impeded testing, but stated at the Automotive News World Congress Wednesday that he doesn't believe they need the agency to grant permission in order for them to move forward with road testing.