I recently described how Google's Wave, a collaboration tool based on the new HTML 5 standard, demonstrated the potential for Web applications to unglue Microsoft's hold on customers. My post quoted Gary Edwards, the former president of the Open Document Foundation, a first-hand witness to the failed attempt by Massachusetts to dump Microsoft and as experienced a hand at Microsoft-tilting as anyone I know.

Gary argues that the surge in smartphone sales has brought HTML 5 and WebKit (an application framework used to build a Web browser that supports HTML 5) to the attention of the mainstream and developers. More than 80 percent of smartphone browsers support WebKit, including Android (Google), Symbian (Nokia), WebOS (Palm), BlackBerry (Research in Motion), and of course the iPhone (Apple).

Although Apple and Google compete fiercely in the browser market (iPhone and Safari versus Chrome and Android), they seem to agree on one thing: WebKit uber alles. This puts pressure on Microsoft in a couple of ways. Not only are smartphones becoming increasingly important to Web applications, but other smartphone vendors are more concerned with working with the iPhone than with Microsoft applications. (Evidence of this shift is growing, as app stores are moving into closer cooperation as well.) As smartphones overtake the desktop, and WebKit overtakes Windows, Microsoft becomes increasingly marginalized, as Gary explains:

"This market share at the edge is now washing back over the greater Web as cornerstone Web service providers are compelled to move towards iPhone compatibility... Interestingly, iPhone compatibility trumps cross-browser concerns. That's indicative of one very powerful surge. It also means that Microsoft's strategy to dumb down the Open Web while pumping up the Microsoft Office - Microsoft Web finally has a worthy challenger."

Gary also notes that developers using WebKit are releasing products without waiting for approvals from vendor-dominated standards bodies, in contrast to earlier standards-based frameworks and languages, which got bogged down by internecine squabbling that allowed vendors of proprietary software, like Microsoft, to race ahead without having to wait for approvals.

"The WebKit guys advance their technologies by submitting proposals back to the relevant SDO group (Standards Development Organizations -- otherwise known as vendor consortia). They follow the proper submission channels, but don't wait for approval before implementing. Instead, the WebKit guys hit the marketplace as soon as they get the advances and enhancements into the beta and developer builds. This allows them to avoid the pitfalls of SDO foot-dragging, stentorian posturing, consortia plots, prevarications and dark intrigues that make the standards determination process so onerous... The WebKit methodology for dealing with SDOs seems to work because of the surging smart-device market share taking place at the edge of the Web."

This is how Google was able to demonstrate impressive functionality with Wave and elicit a tremendous surge of energy in the developer community. It didn't wait for approval from anyone.

Gary is probably right in saying that Microsoft has its hooks deep in the enterprise, but as more end-users adopt the smartphone, rather than the laptop, as their portal to Web, standards-compliant applications will become more and more important, washing over not only portable devices but desktops as well. As that happens, and as end-user preferences begin trumping the desires of IT administrators (there was a time not too long ago when IT refused to allow iPhone users access to corporate email servers), Microsoft applications will become increasingly marginalized, at the expense of applications friendly to Google's designs for worldwide -- and desktop -- domination. 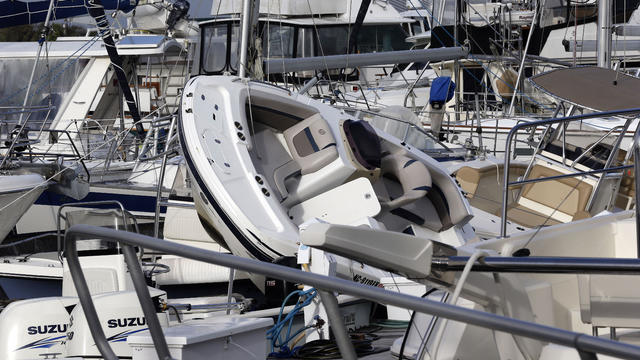