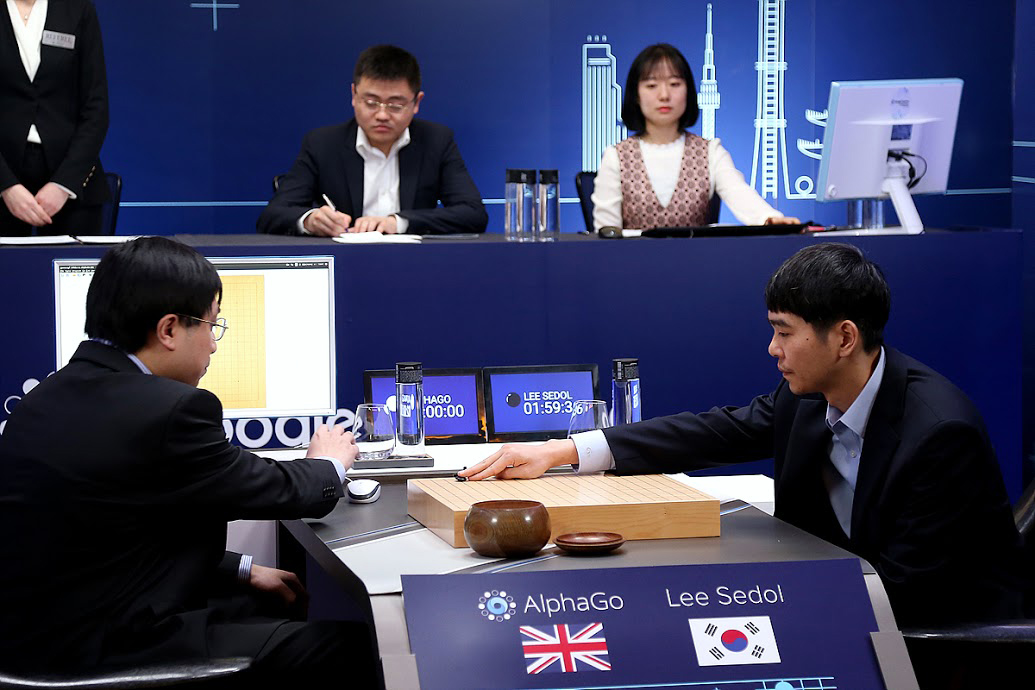 SEOUL, South Korea -- Game not over? Human Go champion Lee Sedol says Google's Go-playing program AlphaGo is not yet superior to humans, despite its 4:1 victory in a match that ended Tuesday.

"I don't necessarily think AlphaGo is superior to me. I believe that there is still more a human being could do to play against artificial intelligence," Lee said after the nearly five-hour-long final game.

AlphaGo had the upper hand in terms of its lack of vulnerability to emotion and fatigue, two crucial aspects in the intense brain game.

"When it comes to psychological factors and strong concentration power, humans cannot be a match," Lee said.

But he added, "I don't think my defeat this time is a loss for humanity. It clearly shows my weaknesses, but not the weakness of all humanity."

He expressed deep regret for the loss and thanked his fans for their support, saying he enjoyed all five matches.

Lee, 33, has made his living playing Go since he was 12 and is famous in South Korea even among people who do not play the game. The entire country was rooting for him to win.

The series was one of the most intensely watched events in the past week across Asia. The human-versus-machine battle hogged headlines, eclipsing reports of North Korean threats of a pre-emptive strike on the South.

The final game was too close to call until the very end. Experts said it was the best of the five games in that Lee was in top form and AlphaGo made few mistakes. Lee resigned about five hours into the game.

The final match was broadcast live on three major TV networks in South Korea and on big TV screens in downtown Seoul.

Google estimated that 60 million people in China, where Go is a popular pastime, watched the first match on Wednesday.

Before AlphaGo's victory, the ancient Chinese board game was seen as too complex for computers to master. Go fans across Asia were astonished when Lee, one of the world's best Go players, lost the first three matches.

Lee's win over AlphaGo in the fourth match, on Sunday, showed the machine was not infallible: Afterward, Lee said AlphaGo's handling of surprise moves was weak. The program also played less well with a black stone, which plays first and has to claim a larger territory than its opponent to win.

Choosing not to exploit that weakness, Lee opted for a black stone in the last match.

Go players take turns placing the black and white stones on 361 grid intersections on a nearly square board. Stones can be captured when they are surrounded by those of their opponent.

To take control of territory, players surround vacant areas with their stones. The game continues until both sides agree there are no more places to put stones, or until one side decides to quit.

Google officials say the company wants to apply technologies used in AlphaGo in other areas, such as smartphone assistants, and ultimately to help scientists solve real-world problems.

As for Go, other top players are bracing themselves.

Chinese world Go champion Ke Jie said it was just a matter of before top Go players like himself would be overtaken by artificial intelligence.

"It is very hard for Go players at my level to improve even a little bit, whereas AlphaGo has hundreds of computers to help it improve and can play hundreds of practice matches a day," Ke said.

"It does not seem like a good thing for we professional Go players, but the match played a very good role in promoting Go," Ke said.

Who is Aleksandr Kogan?