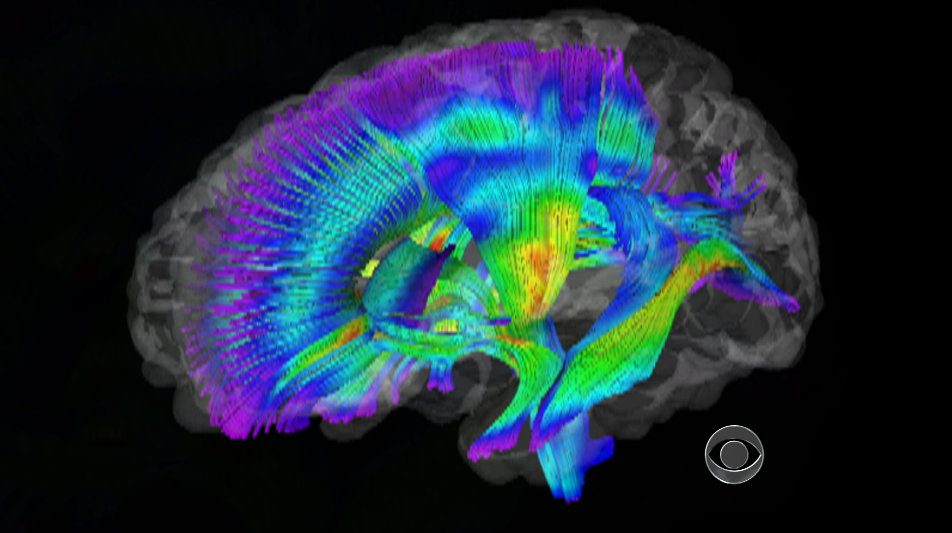 No one is exactly sure what causes autism, but scientists may have found a way to spot the disorder in young children even earlier than before. A new study, out Friday in the American Journal of Psychiatry, found that children who develop autism have abnormalities on brain scans that can be detected long before obvious symptoms advance.

CBS News medical correspondent Dr. Jonathan LaPook reported that children with autism are rarely diagnosed before the age of two, but scientists have long wondered if problems in the brain may start earlier.

The study followed 92 infants from six months old until they were 2. All were high risk because their siblings had autism. Twenty-eight of them were eventually diagnosed with the disorder.

When looking back at their brain scans, scientists noticed differences. A special type of MRI scan shows developed nerve connections of a normal brain. When compared to a scan of a brain of an infant with autism, the pattern is significantly different.

"During infancy, it's a time when an infant is organizing their brain, the wiring is rapidly developing," said Dr. Joseph Piven, who led the study. "We were able to detect changes in that wiring or differences in the wiring by six months of age in those children who went on to develop autism."

Early diagnosis is key because research suggests the symptoms of autism -- problems with communication, social interaction and behavior -- can improve with early intervention.

LaPook pointed out that he spoke to many parents whose children had autism, and there's a lingering sense of guilt that the disease was because of something they did when the child was growing up. This research showing abnormal wiring early on may help relieve some of that.

There's also hope that with a better understanding of what causes autism, there may eventually be a more effective treatment or even prevention.