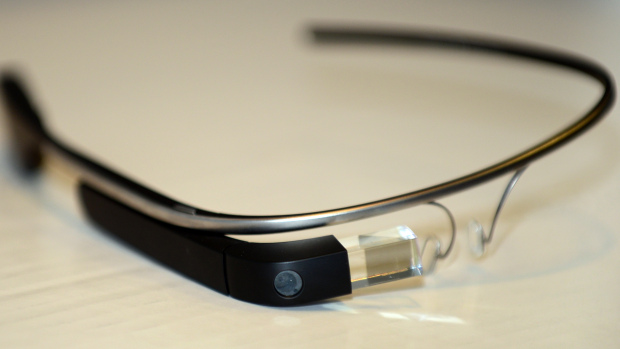 Google (GOOG) made its high-tech Google Glass specs available to everyone Tuesday -- for the not-so-low price of $1,500 -- and for at least a little while, sales appeared brisk. The company said it sold out of its off-white models.

The much-hyped sale may have restored some momentum Google Glass has lost since its invitation-only launch last year. Up until Tuesday, the main way to get Google Glass was if the search giant invited you to buy one, and an estimated 10,000 units were distributed that way.
That changed Tuesday, when Google lifted the curtain for one day to allow anyone to buy the gadget. The company would not say how many it sold. It did, however, say that it sold out of the "cotton" color of Google Glass. "Things are moving really fast," the company said on its Google+ account.
The wearable device can take photos and record videos. It also can show the viewer weather updates, news alerts and directions on the glass screen. Time Magazine named it one of the best inventions of 2012.
But that was a high point in the publicity around the device, and more recently media outlets have been more critical. This week alone, Consumer Watchdog listed the top 10 reasons not to get Google Glass; an Information Week columnist listed five reasons he wouldn't be buying it; New York Magazine rattled off seven reasons not to buy it; Forbes listed 10 better ways to spend $1,500; and a Business Insider reporter described how he was assaulted on a San Francisco street for wearing the device.
What were all those reasons not to buy? The cost, of course. Also, there are legal questions about wearing Glass while driving. Some restaurants have banned the device. And for the now the apps and the hardware remain a work in progress.
There's also the problem The Huffington Post cleverly calls "Glass warfare." The gadget has become a symbol of the tech money flowing into San Francisco and the ensuing gentrification and sky-high rents that have transformed the city. Longtime San Francisco residents have protested and even vandalized tech company buses. There's even a disparaging name for Glass wearers that is not fit to print.
Against that contentious backdrop, how did Google's one-day sale go over with consumers? There seemed to be more hate than love for the device online Tuesday. In an informal poll by Seattle newspaper The Stranger, only 2 percent of respondents said they would buy Glass.
"I can't remember a product launch since the Segway where such a high-profile, cutting-edge gadget was tanked by a collective sense of dork," one commenter wrote.
Twitter users weren't much kinder. "I might just buy a set of Google Glass just to relive my high school days of getting stuffed inside my locker for being too nerdy," wrote one. "Google Glass is seriously one of the dumbest looking pieces of wearable tech," wrote another.
The one-day Glass sale did find some fans at Wired Magazine, at least. "If Glass doesn't sell today, maybe Google will take that as a sign to stop toying around and figure out how to make Glass really matter," wrote Marcus Wohlsen.

Can't "out-budget" inflation? Here are things you can do