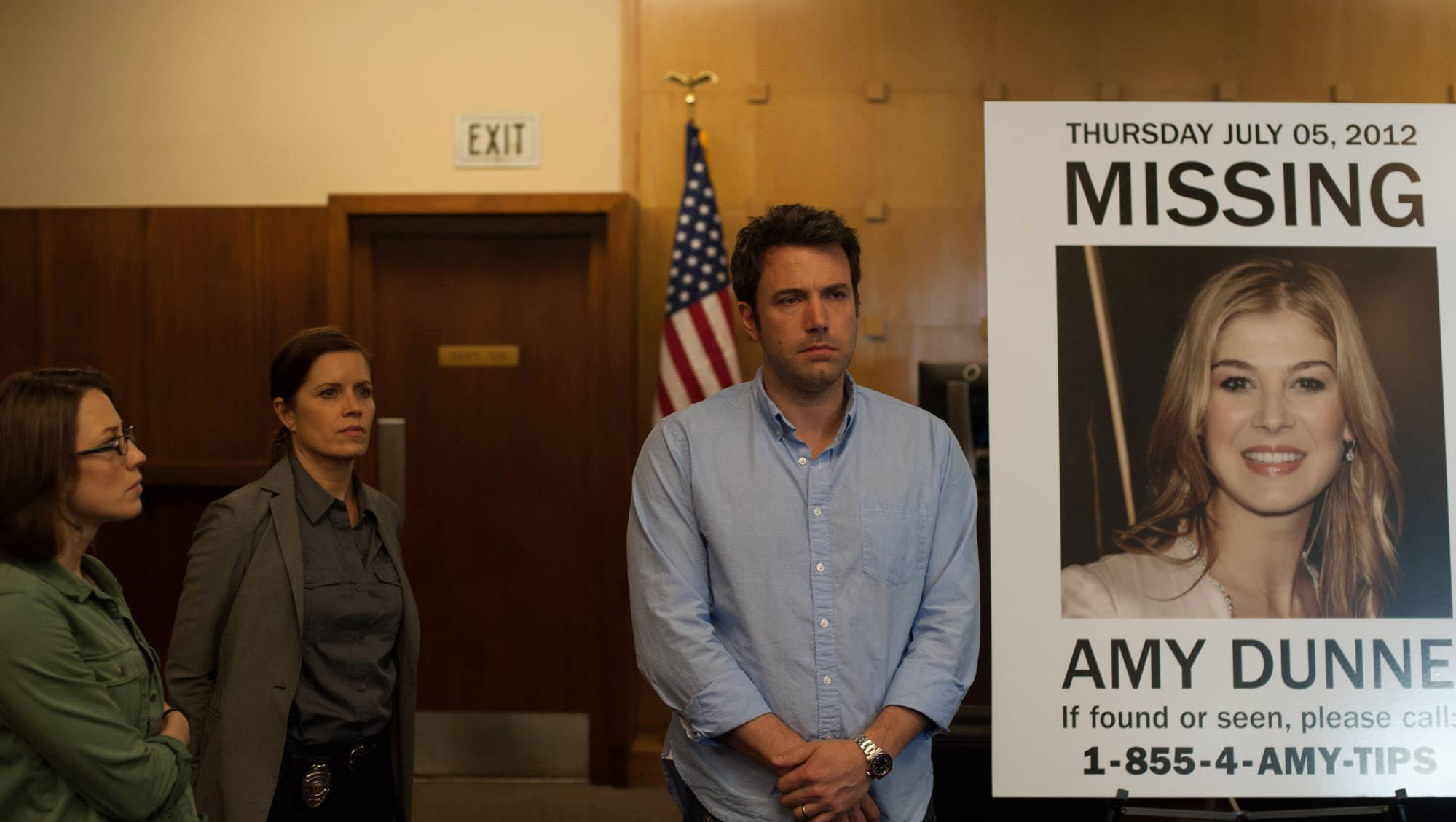 The Fox thriller starring Ben Affleck as a man whose wife goes missing is poised to top the box office for a second week with $26.8 million in ticket sales, according to studio estimates Sunday.

Also starring Rosamund Pike, "Gone Girl" is based on the best-selling novel by Gillian Flynn and was directed by "The Social Network" and "The Curious Case of Benjamin Button" filmmaker David Fincher.

Flynn recently spoke with CBS News about the casting of the film: "You know, that was all up to David, but I certainly from the very beginning was like, 'Ben Affleck. Ben Affleck. It's gotta be Ben Affleck!'

"There's a mystery that's surrounding this movie," said Paul Dergarabedian, senior media analyst for box-office tracker Rentrak. "To have an adult drama like this hold up so well for two weekends in a row is really unusual."

The new flick comes from Universal -- the same studio behind many monster movie classics, including 1931's "Frankenstein," 1932's "The Mummy" and 1933's "The Invisible Man." The studio also produced the original "Dracula" from 1931, which starred Bela Lugosi in the title role and was based on Bram Stoker's influential 1897 novel.

Two Warner Bros. films round out the top five. The horror "Annabelle" claimed fourth place in its second week of release with $16.3 million, followed by the Robert Downey Jr.-Robert Duvall drama, "The Judge," which debuted with $13.3 million.

The diversity of choices at theaters is making for robust post-summer ticket sales, Dergarabedian said: "Were making up a lot of ground after a summer season that was down 15 percent."

Tell us: Have you seen "Gone Girl" yet? What did you think?