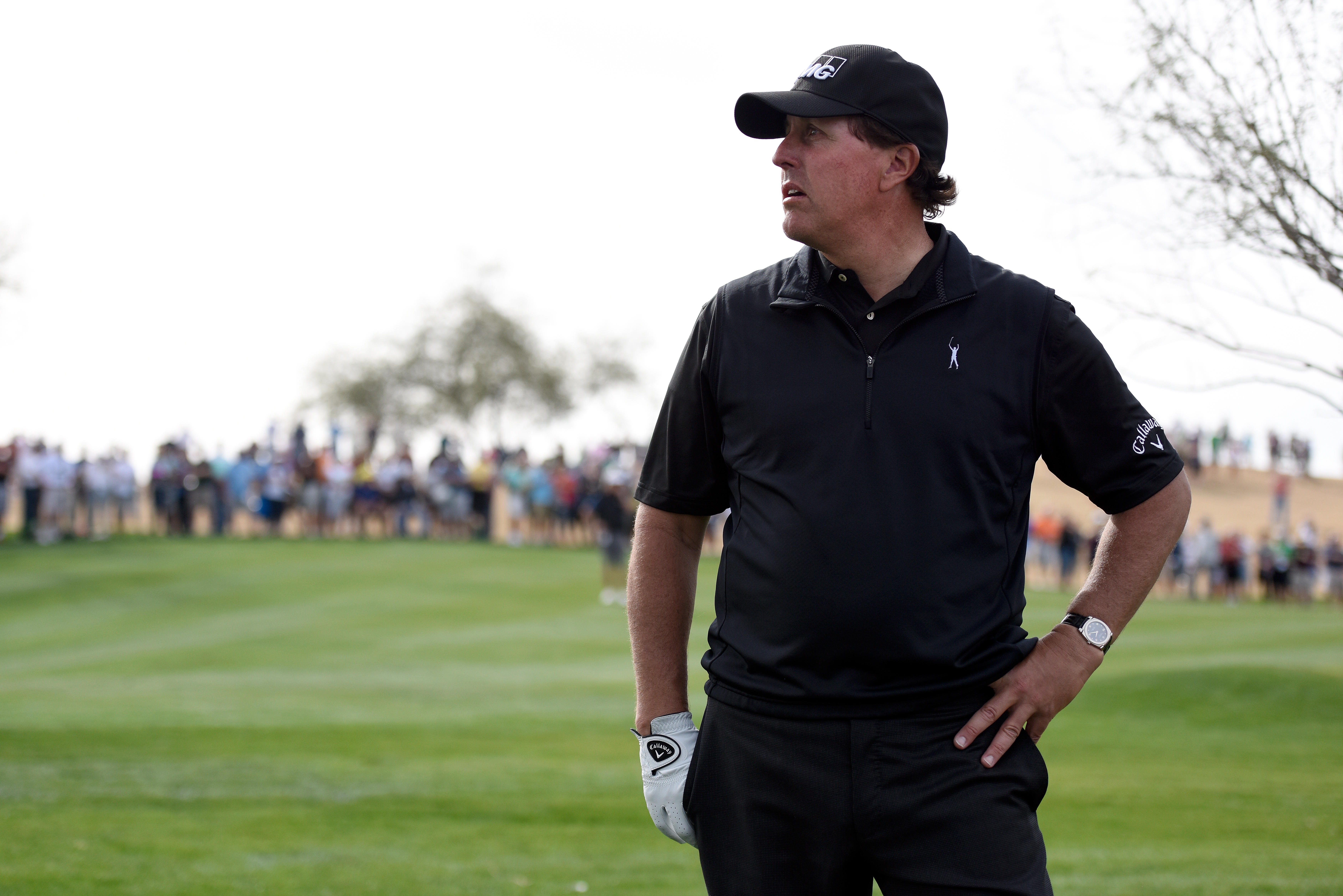 NEW YORK -- A prosecutor and a defense attorney at an insider trading trial agreed that golfer Phil Mickelson was pivotal to their case Wednesday, telling jurors that what they’ll learn about him will help them decide whether a professional Las Vegas gambler earned over $40 million illegally through insider trading.

The golfer’s name first arose during opening statements when Assistant U.S. Attorney Michael Ferrara told Manhattan federal court jurors that gambler William “Billy” Walters encouraged friends, including Mickelson, to buy stock in Dean Foods Co., a Dallas-based company that is one of the nation’s largest processors of milk for retailers.

Ferrara said Walters knew inside information he got from a former Dean Foods board member was a sure thing. He called it “another way you know Walters had the hottest information in town.”

Mickelson was spared from criminal charges after the Securities and Exchange Commission accused him in a civil lawsuit of making nearly $1 million in a 2012 stock trade that Walters suggested he make. The golfer agreed to repay it.

Given his turn before jurors, defense attorney Barry Berke invoked Mickelson’s name as proof that his client is innocent, saying it wouldn’t make sense for Walters to tell secrets to a celebrity.

“If you’re Bill Walters and somebody’s giving you inside information, the last thing you would do is give it to Phil Mickelson, one of the most famous athletes in the world who is going to attract regulatory scrutiny.”

Neither attorney promised jurors they would hear Mickelson testify. But U.S. District Judge Kevin Castel hinted at it as a possibility when he asked prospective jurors on Monday if they could be fair “if somebody comes up here and says: ‘I’m a professional golfer.’”

Ferrara said prosecutors will use trading and phone records, along with other documents, to supplement the testimony of Tom Davis, a former Dean Foods board member who will testify that he fed Walters secrets about the company from 2008 to 2013. Davis, who met Walters while golfing, has pleaded guilty to insider trading charges and is cooperating with the government.

Berke said his 70-year-old client, a Kentucky-born sports gambler who has built a sprawling business of auto dealerships, car rental agencies and golf courses worth hundreds of millions of dollars, routinely makes multimillion dollar bets on companies in the stock market.

He said Davis was lying about Walters to try to keep himself out of prison.