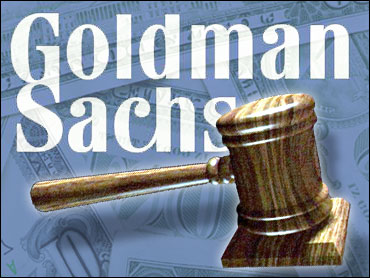 Goldman Sachs Group Inc. said Tuesday its first-quarter earnings almost doubled to $3.3 billion as its trading business again surpassed the rest of the financial industry. It was a bit of good news for the bank as it faces a government civil fraud charge.

Goldman Sachs earned $5.59 a share on revenue of $12.78 billion as bond, commodities and currency trading buoyed its profits for yet another quarter. That was well above expectations of analysts surveyed by Thomson Reuters. In the fourth quarter, Goldman Sachs earned a record $4.79 billion.

Even as it reported another strong quarter, the bank is facing a major challenges after being charged Friday in a civil fraud lawsuit by the Securities and Exchange and Commission. The SEC alleges that Goldman Sachs and one of its vice presidents misled investors who bought complex financial products that were expected to fail.

CEO Lloyd Blankfein in a statement thanked the bank's supporters without specifically mentioning the SEC case.

"In light of recent events involving the firm, we appreciate the support of our clients and shareholders, and the dedication and commitment of our people," he said.

The company said it set aside $5.5 billion in the first three months of the year to pay employee salaries and bonuses, up 17 percent from last year. However, Goldman Sachs said the percentage of revenue set aside for compensation in the quarter fell from 50 percent to 43 percent year-over-year.

Banks' high levels of compensation, including bonuses, have come under heavy criticism since the financial crisis that began in 2008. Lawmakers and the public have complained that the banks were rewarding the same employees whose risky trading practices helped plunge the country into recession. Goldman Sachs, because of its great success in trading, has come under particular sharp criticism.

Goldman Sachs, which has outperformed other financial companies for years, has been the strongest bank throughout the financial crisis. It had less exposure to toxic mortgage-backed securities than other companies and also has been more aggressive in its trading.

Goldman Sachs also said Tuesday that the executive at the center of the civil fraud case is voluntarily taking some time off from work.

Fabrice Tourre, who was named in the SEC lawsuit against the firm, is taking a break from his position at the firm's London offices, Goldman Sachs spokesman Michael Duvally said.

"It is voluntary. He decided to take some time off," Duvally said.

Tourre was a vice president in his late 20s when the alleged fraud was orchestrated in 2007. Tourre, the SEC said, boasted to a friend that he was able to put such deals together as the mortgage market was unraveling in early 2007.

Tourre, 31, has since been promoted to executive director of Goldman Sachs International in London.