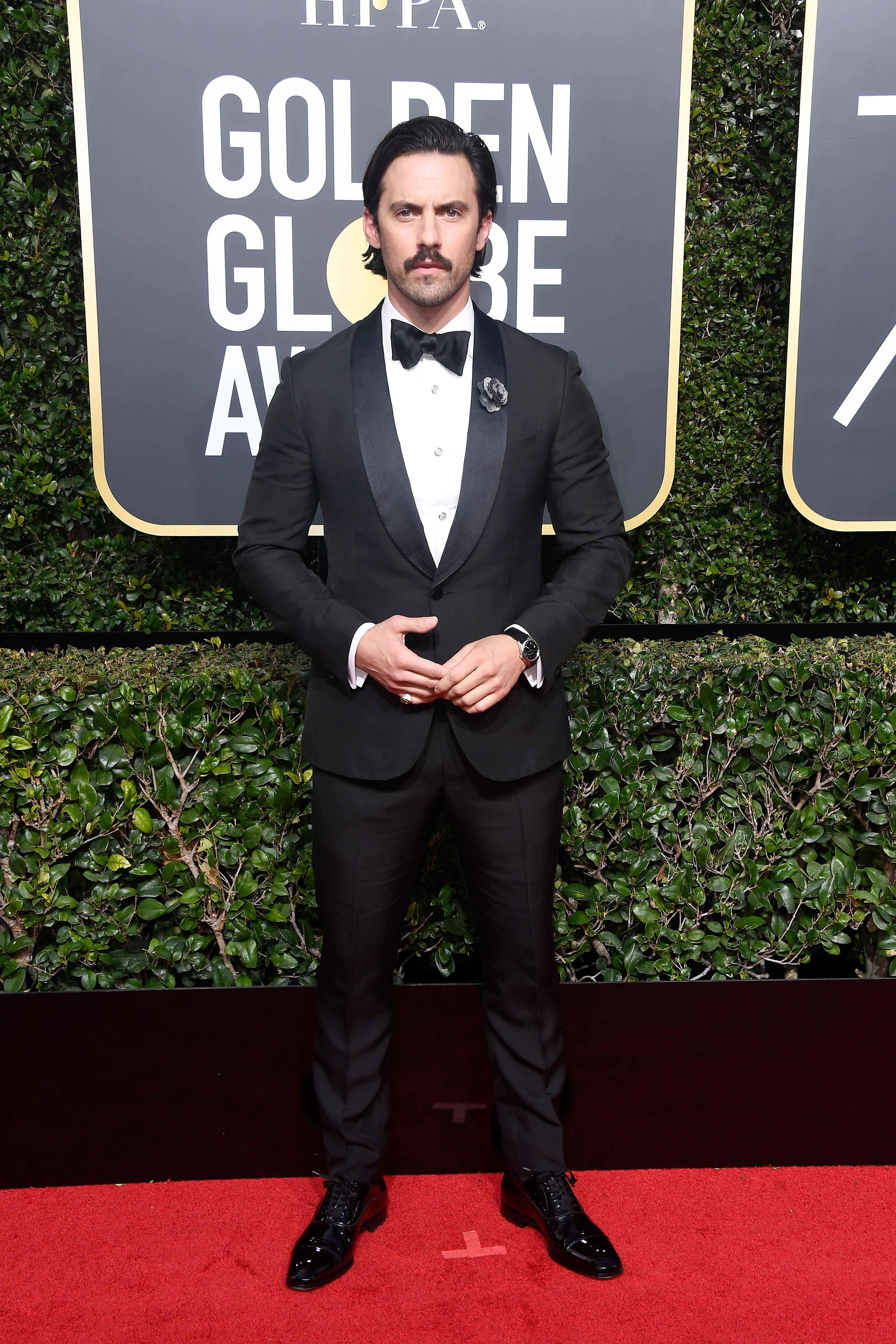 Milo Ventimiglia and Justin Hartley are standing with the women at the Golden Globes. The This Is Us stars wore black tuxedos to the red carpet in Beverly Hills on Sunday, standing with the women behind the Time's Up initiative who encouraged attendees to wear black to express solidarity for the victims and to also help change the narrative of how things are done in Hollywood and elsewhere.

"I'm first and foremost a feminist. I have been my entire life. I have two amazing older sisters, an amazing mother and a father that supports all of us and all of them," Ventimiglia told ET's Nancy O'Dell on the red carpet, alongside Hartley. "Being a man of this industry and doing my best and even our best to even be good men -- I can speak for this man, he is a good man -- to support women in this industry and across the board in all industries."

"A spotlight has been shined on a very, very horrible problem and injustice to women in general," the 40-year-old actor said, who had a black flower pinned to his suit jacket. "Hopefully we can stand up. If I have to wear black for 365 days of the year, I would for the rest of my life."

Hartley hoped the Time's Up movement at the Golden Globes "sheds light" on the sexual misconduct and harassment women have been victims of, adding that he also hopes others "who are marginalized" will get more notice now.

"It's a great visual when you look out on the carpet and you see that everyone is standing in solidarity and wearing black and what we're wearing black for. Hopefully it spreads the movement," Hartley said, rocking a Time's Up pin.

Ventimiglia and Hartley shared that they took part in the all-black red carpet movement because it was "an understanding" that this was important to do. "It's one of those things you hear about and you immediately go, 'Yes, of course,'" Ventimiglia said.

"It's one of the amazing things about social media nowadays, isn't it? You hear about this and then it spreads so quickly and everybody jumps on board," Hartley added.

As for what awaits the cast should This Is Us win big (it's up for three awards), Ventimiglia insisted they'll enjoy the evening "regardless" of what happens.

"This is one of my favorite things to do, just sit at a table with my castmates -- being here, being a part of the big show, nominated or not. Even if we weren't, we're here for dinner," he said.