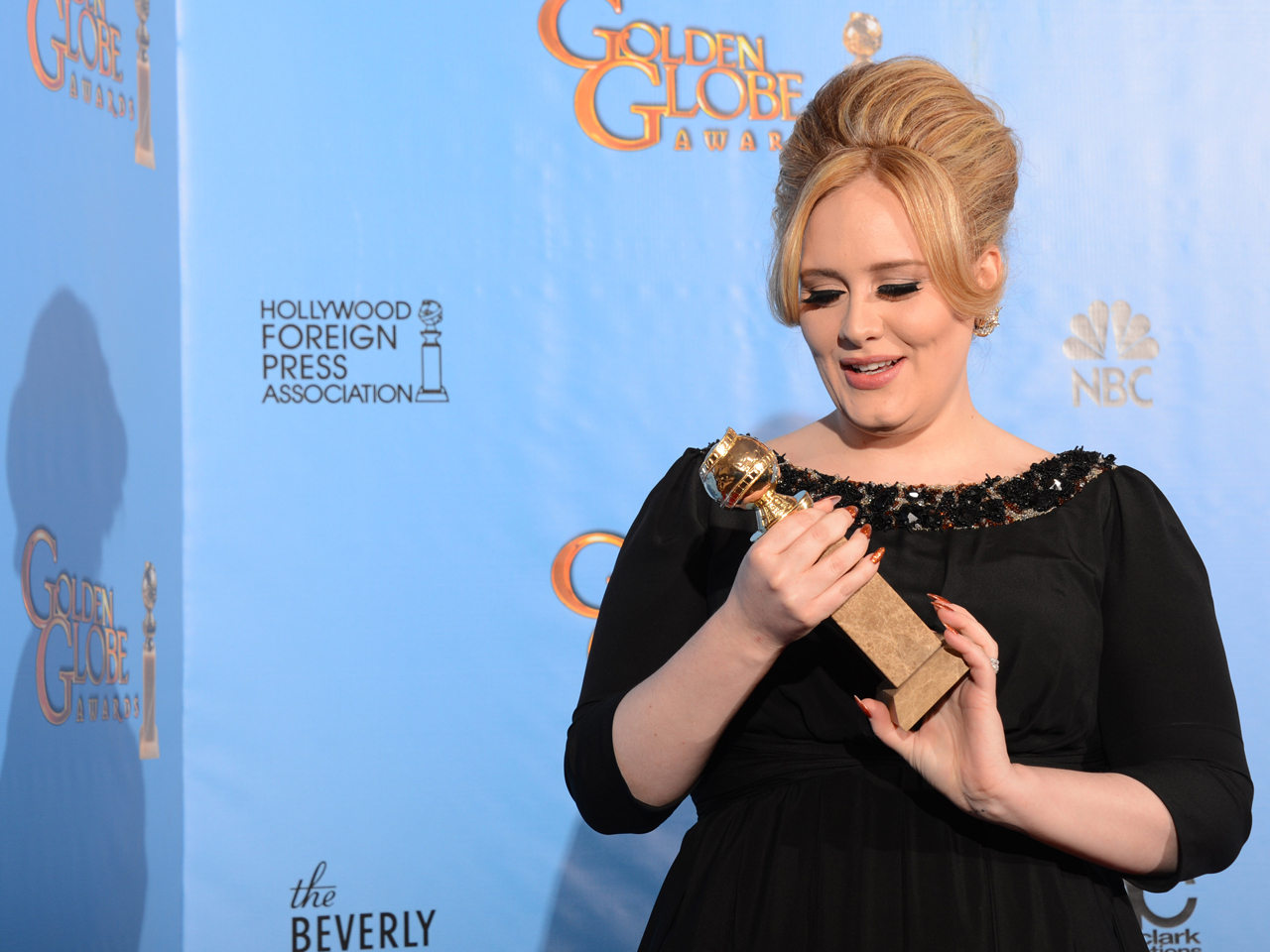 Adele has been keeping a low-profile since announcing her pregnancy last June and giving birth in the fall.

But that changed Sunday night when the British singer stepped out for the first time in a while, wearing a black Burberry gown, at the 2013 Golden Globe Awards. And it's a good thing she did. The British songstress took home the best original song honor for co-writing and performing the theme song to "Skyfall," topping Taylor Swift's "Safe and Sound," Jon Bon Jovi's "Not Running Anymore," Keith Urban's "For You" and Claude-Michel Schonberg's "Suddenly."

Twitter was abuzz with tweets about how Swift reacted after she wasn't the winner. After Adele's name was announced, the camera panned to Swift -- and she didn't look too pleased.

But Adele sure did. Looking truly surprised, she took the stage, saying, "Oh, my God! I'd like to thank the Hollywood Foreign Press. I never thought I'd say that."

She thanked her boyfriend, Simon Konecki, who's also the father of her newborn baby. While on the red carpet, Adele said she loved motherhood.

Backstage, according to The Hollywood Reporter, the singer added that she's not ready to reveal the name of her son. "It's too personal," she said.