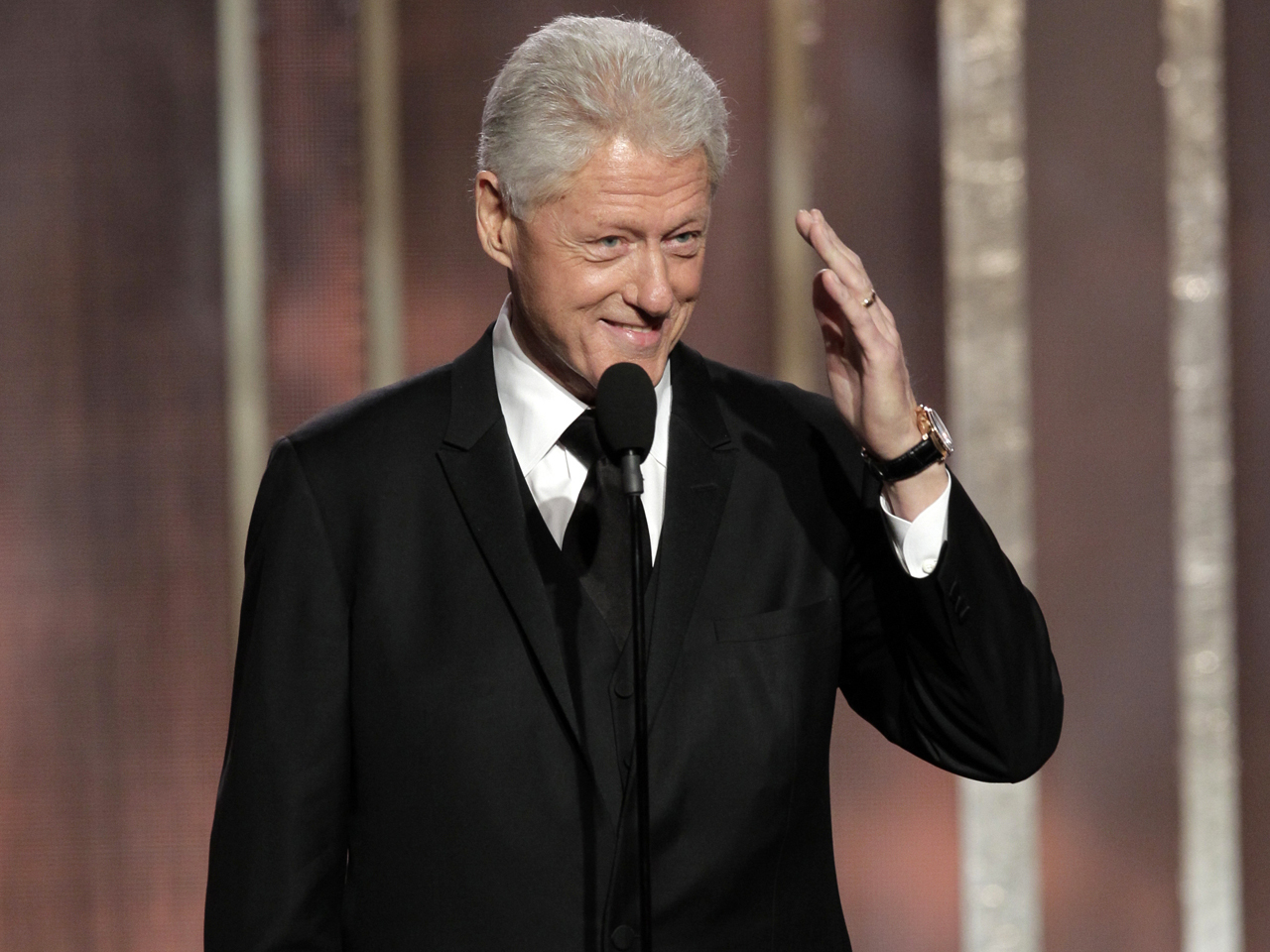 He was on hand to introduce Steven Spielberg's Civil War film, "Lincoln," which was up for best drama. The movie, starring Daniel Day-Lewis, follows Abraham Lincoln's final months in office as he tries to abolish slavery.

"A tough fight to push a bill through a bitterly divided House of Representatives. Winning it required the president to make a lot of unsavory deal that had nothing to do with the big issue. I wouldn't know anything about that," he said.

"President Lincoln's struggle to abolish slavery reminds us that enduring progress is forged in a cauldron of both principal and compromise," Clinton continued. "This brilliant film shows us how he did it and gives us hope that we can do it again.

Amy Poehler, co-host of the ceremony, said after Clinton left the stage, "Wow, what an exciting special guest! That was Hillary Clinton's husband!" Poehler had portrayed Hillary Clinton several times while she was starring on "Saturday Night Live."