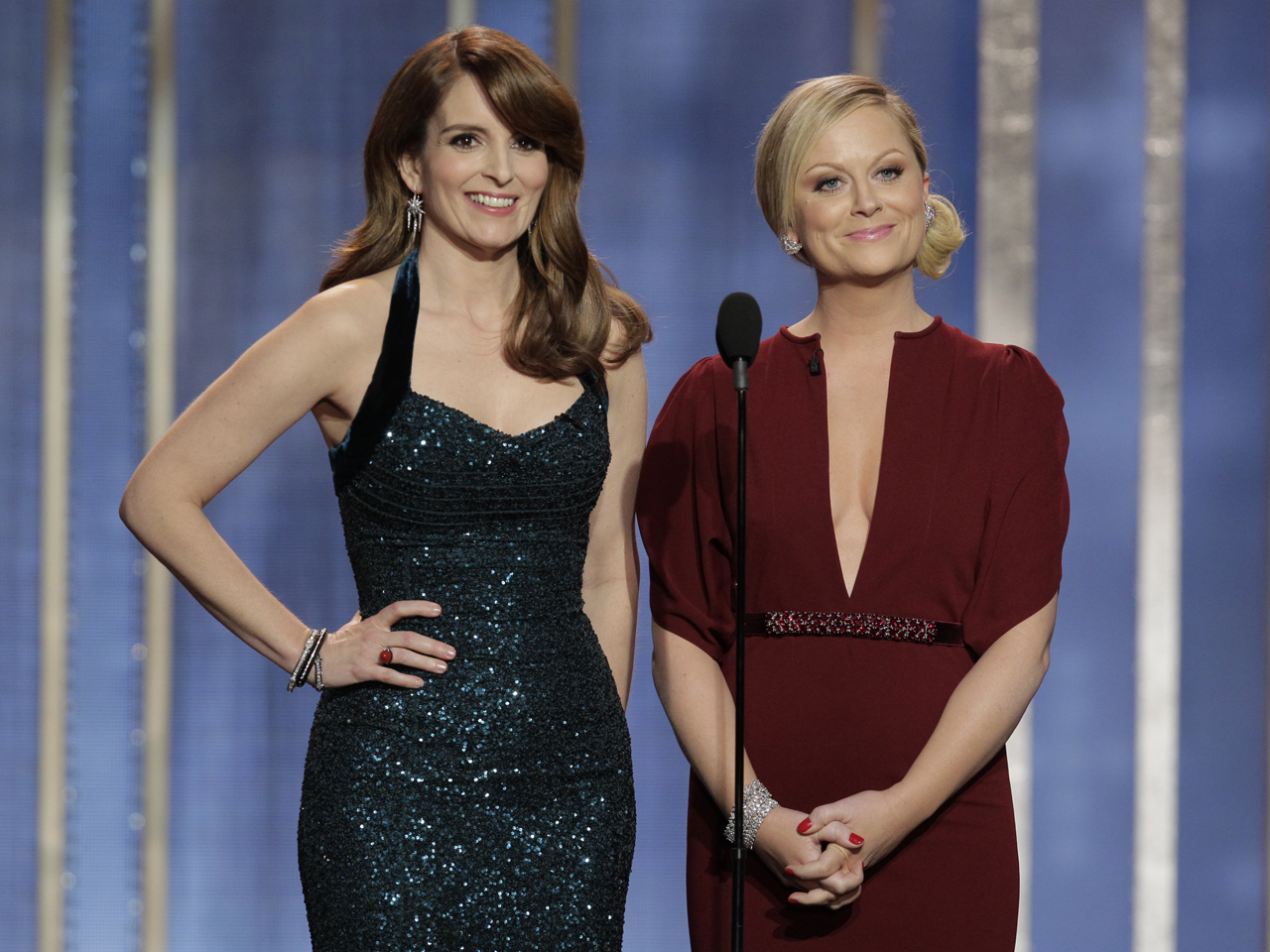 Amy Poehler and Tina Fey got a lot of laughs during their opening monologue on Sunday at the 70th annual Golden Globe Awards. And they didn't spare any expense with their comments.

"Quentin Tarantino is here, the star of all my sexual nightmares," Tina Fey said about the "Django Chained" director during the opening monologue.

Poehler kicked things off with a joke about how the Globes joins glamorous Hollywood with "rat-faced" TV actors. But Hollywood wasn't spared either. The duo joked about film stars "popping pills."

"Because as Ricky [Gervais] learned the hard way, when you run afoul of the Hollywood Foreign Press, they make you host this show two more times," Poehler said.

While introducing the Hollywood Foreign Press Association, Poehler started to introduce HPV -- the human papillomavirus -- instead.

They comedy duo also gave shout-outs to the women in TV and film, including Lena Dunham of "Girls." Fey even attempted her famous Sarah Palin impression, giving her best "You betcha!" -- in a reference to actress Julianne Moore, who played the former Alaska governor in "Game Change."

"Meryl Streep has the flu, I hear she's amazing in it," Poehler said about the actress' absence from the show.

Fey and Poehler were both nominated for best actress in a TV comedy series -- Fey for "30 Rock" and Poehler for "Parks and Recreation."

"Tina, I just want to say that I very much hope that I win," Poehler told Fey at the start of the show.

"Thank you. You're my nemesis. Thank you," Fey said.

The humor continued throughout the night. At one point, the gals called out Taylor Swift's dating life. "Taylor Swift, you stay away from Michael J. Fox's son," said Fey.

And at the end of the show, the gals referenced the evening's Cecil B. Demille lifetime achievement winner: "We're going home with Jodie Foster."