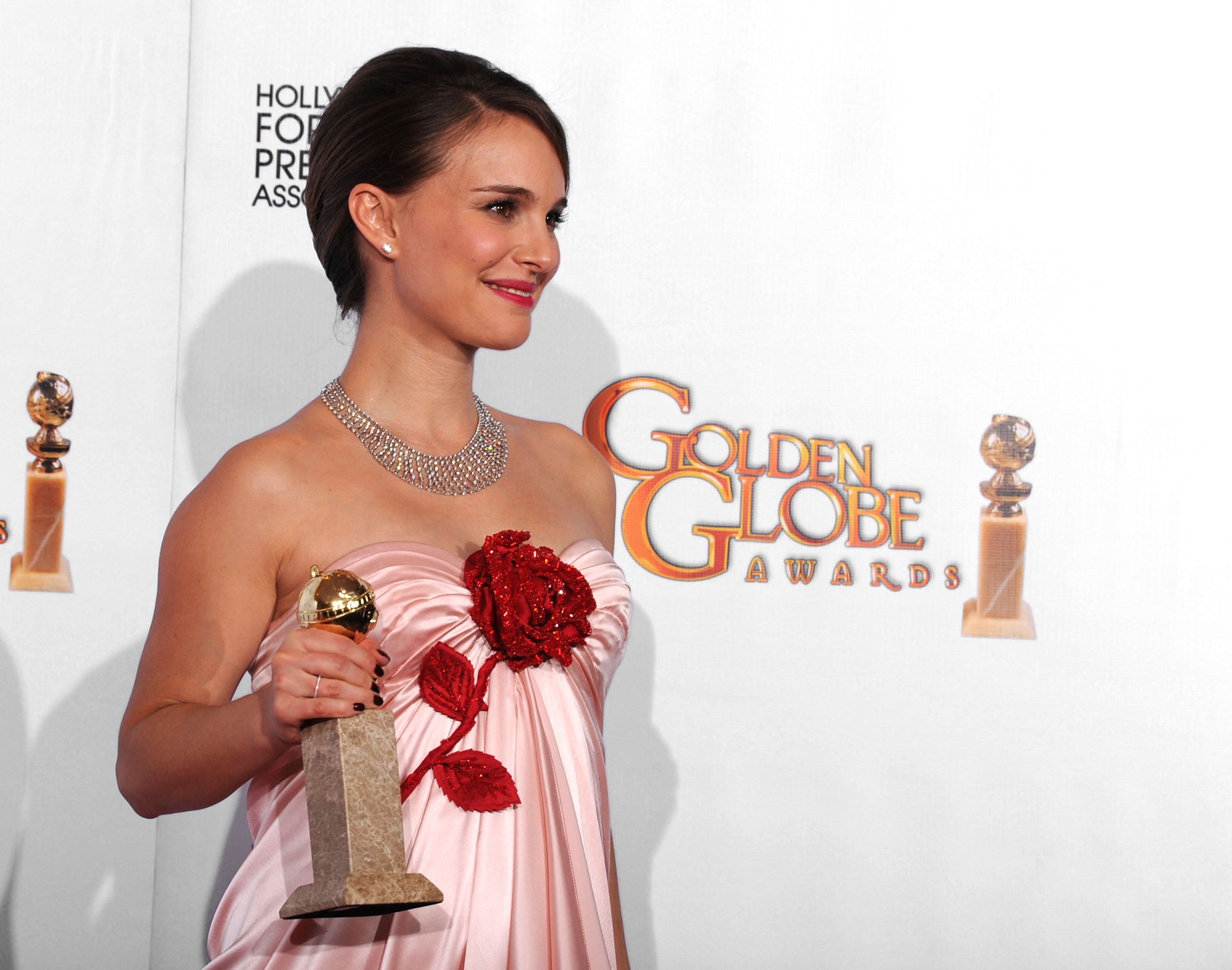 The Facebook tale "The Social Network" won top honors at the Golden Globes with four prizes, including best drama and director, solidifying its prospects as an Academy Awards favorite.

Winning the dramatic lead-acting prizes Sunday were Colin Firth for the British monarchy saga "The King's Speech" and Natalie Portman for the psychosexual thriller "Black Swan."

The boxing drama "The Fighter" earned both supporting-acting prizes, for Christian Bale and Melissa Leo. Bale secured his position as front-runner for the same prize at the Oscars, while Leo boosted her own prospects at Hollywood's big night.

Paul Giamatti won for best actor in a musical or comedy for the curmudgeon tale "Barney's Version," winning over a lineup that included Johnny Depp, who had two nominations in the category.

"Wow, were you two even born when the first 'Toy Story' came out?" ''Toy Story 3" director Lee Unkrich asked the two teens as he accepted the award.

Diane Warren's "You Haven't Seen the Last of Me" from "Burlesque" won for best song. The Danish family drama "In a Better World" won the foreign film Globe.

In the television categories, "Boardwalk Empire" picked up two awards - one for best drama, and one for star Steve Buscemi for best dramatic performance by an actor. "Glee" won best comedy series and swept the supporting actor and actress categories, with trophies for Chris Colfer and Jane Lynch.

Katey Sagal of "Sons of Anarchy" won the best dramatic TV actress award, while Laura Linney and Jim Parsons earned the comedic acting honors for their roles on "The Big C" and "The Big Bang Theory."

Ricky Gervais returned as Globes host for the second-straight year, and delivered on his promise to push the envelope.