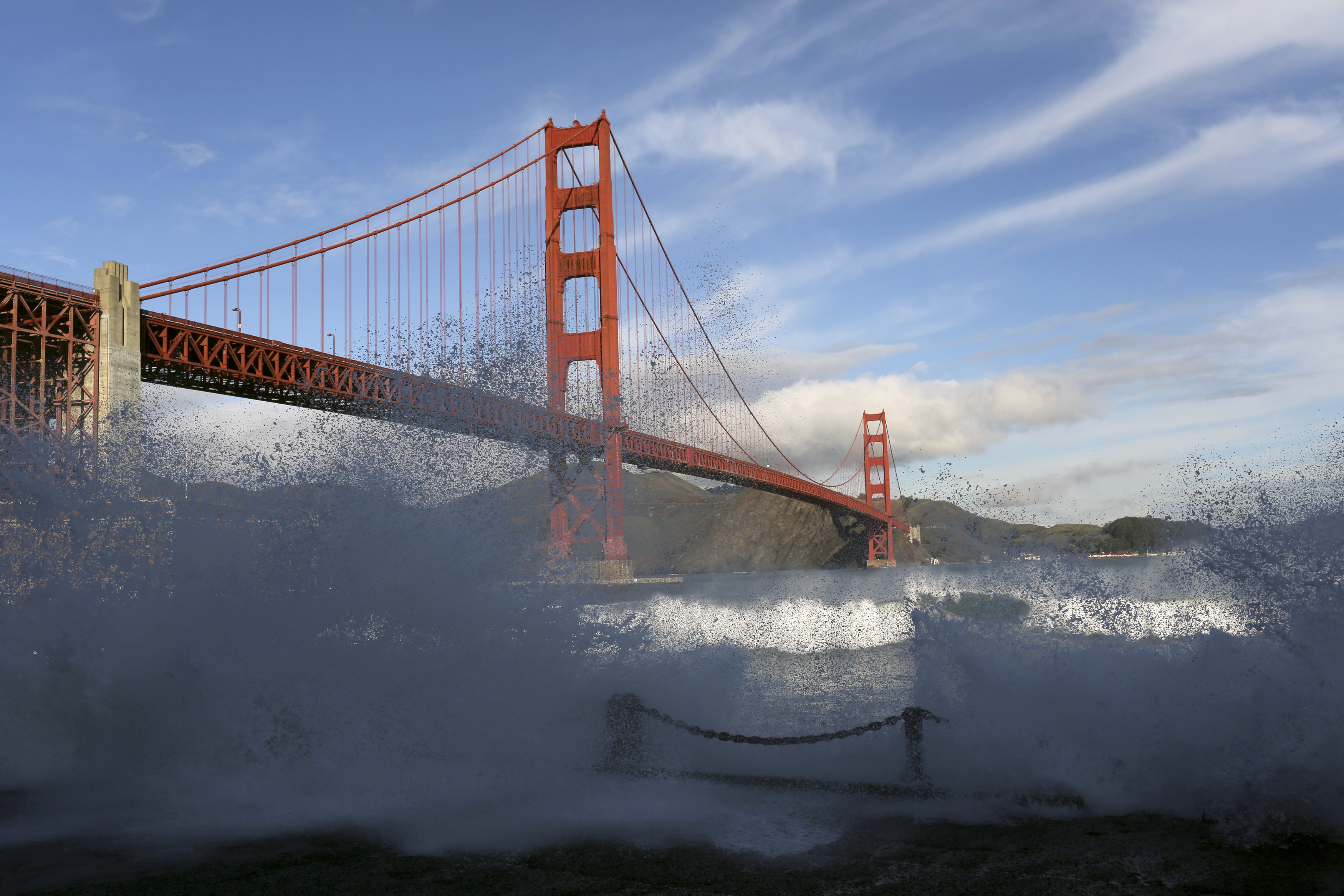 SAN FRANCISCO -- The Golden Gate Bridge will shut down to private vehicles for 52 hours starting at midnight Friday so workers can install a moveable median barrier designed to prevent head-on collisions, part of an effort to increase safety along the iconic structure.

Transit buses, emergency vehicles, pedestrians and bicyclists will be able to cross the bridge while the barrier is being installed, the Golden Gate Bridge Highway and Transportation District said. The bridge is scheduled to reopen to all traffic Monday at 4 a.m.

The weekend closure will be the longest in the bridge's history and the first since 1987, when the bridge closed for a few hours for a celebration of the 50th anniversary of its construction.

Thomas Sturm, who lives in Sausalito and uses the Golden Gate Bridge to commute to his job as a software engineer in San Francisco, said he changed his plans for the weekend because of the closure.

"Instead of going to the city for an event, we're going to stay in Marin" and maybe go for a hike, he said.

Currently, small plastic tubes are all that separate vehicles traveling in opposite directions on the bridge. As for the soon-to-be-unnecessary hundreds of scuffed plastic pylons, Golden Gate Bridge district spokesperson Priya Clemens tells CBS San Francisco: "Their fate is uncertain. We've had several requests from the public for them as souvenirs, but we haven't yet decided what we'll do."

They have done little to prevent crashes. Since 1970, there here have been 128 head-on collisions on the bridge, resulting in 16 deaths, Golden Gate Bridge spokeswoman Priya David Clemens said.

"The board of directors had been looking for a long time to find a way to prevent head-on collisions and enhance safety, but we didn't have the money, and the technology didn't exist," David Clemens said.

To create a moveable barrier, 3,500 steel-clad concrete blocks attached together by steel pins will be installed through the weekend along the 1.7-mile-long bridge and on the approach portion of Highway 101 north of the Golden Gate.

To reconfigure the bridge's six lanes during rush-hour commutes, the 32-inch-tall and 1-foot-wide barrier will be moved using trucks.

Similar barriers are used along the Coronado Bridge, Interstate 15 in San Diego and highways in several other U.S. cities.

At the Golden Gate Bridge, the speed limit will drop to 45 mph from 55 mph on the descent from Marin County at the bridge's northern end, officials said.

The two lanes that the barrier will touch will lose 6 inches of width, so officials are advising motorists to drive slowly.

The $30 million barrier is the latest effort by officials trying to make the Golden Gate Bridge safer.

In December, the bridge board of directors approved a design for a long-debated, $76 million suicide barrier to stop dozens of people each year from jumping to their deaths.

The design calls for stainless-steel cable nets reaching out 20 feet from the bridge. The cables will slightly collapse to absorb a person, making it difficult to get out until help arrives. Bids for the work are expected to be issued in March. Construction could take three years.

More than 1,400 people have jumped to their deaths since the bridge opened in 1937.