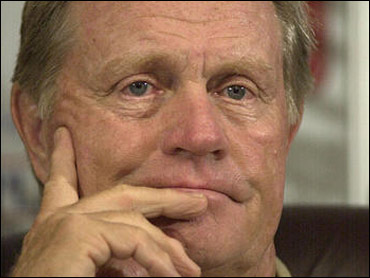 Jack Nicklaus said the fallout over Tiger Woods' car crash and allegations of extramarital affairs is "none of my business."

"Our public is pretty forgiving at times," Nicklaus said Thursday. "Time usually heals all wounds. I think the hardest thing is obviously his family. That's a private matter for him and his family."

Columbus, Ohio, native Nicklaus won 18 major championships, the most in golf history. Woods is second with 14.

Woods has remained out of the public eye since the crash Thanksgiving weekend and the scandal that quickly followed. He has acknowledged "transgressions" on his Web site.

"He's a great athlete," Nicklaus said. "He'll figure it out."