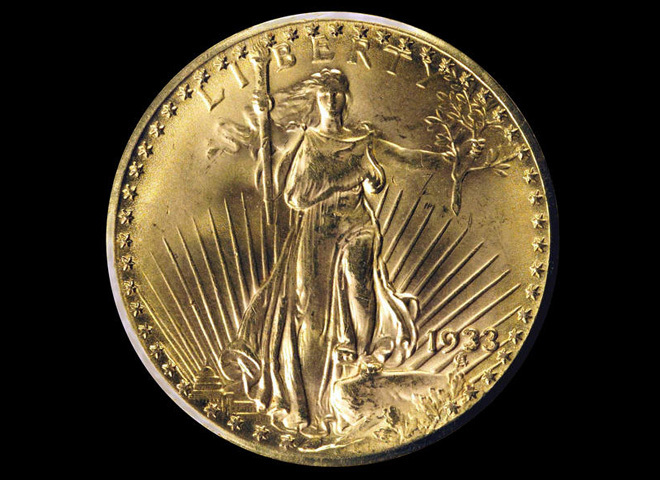 Since ancient times people have been bedazzled by the glitter of gold. And our own time is no exception. Here's Rebecca Jarvis:

With revolutions abroad, and hard times at home, where should you put your money these days?

The stock market, and even real estate, can seem so fleeting.

How about something shiny, that's been valued for eons?

Marin Aleksov is the CEO of Rosland Capital in Santa Monica, one of many investment companies where they spend all day talking gold.

Here's their pitch: Gold prices are above $1,400 an ounce, near-historic highs right now.

But more to the point: gold was valuable yesterday, and it'll still be valuable tomorrow.

These days, gold's luster is being polished by ads and discussions on TV, some of them with ominous overtones.

"I'm sure some people buy gold because they're greedy and they think gold is underpriced today, and it's going to go up a lot in value," said Richard Sylla, an NYU professor of financial history, and chairman of the Museum of American Finance on Wall Street.

"But other people hear these ads that say, 'The world is about to come to an end, we're about to have a hyper-inflation, so you better buy gold,' that's fear," he said.

Jarvis asked Liddy if he buys gold out of fear.

Here's the thinking among gold bulls: The U.S. is printing too much money. That's hurting the dollar's value, and we're headed toward inflation. Couple that with instability overseas and growth in China and India, and some believe that makes gold very attractive.

"I think the trend is clearly up over the next few months," said Jeffrey Nichols, an adviser to Rosland Capital. He suggests investors put 5 to 10 percent of their portfolio in gold.

"Absolutely not, nor would I advocate them to put their entire worth even in Apple stock, as much as I might think that's great," Nichols said.

Which raises the question: How has gold done relative to stocks?

But over shorter periods, sometimes gold wins - and other times, stocks do.

However, Professor Sylla believes that these days, gold is not all that glitters. He calls it "just a commodity, like oil or copper."

But don't tell that to G. Gordon Liddy - he's firmly hanging onto his gold with both hands.

"How long do you hold onto it? Forever? Into perpetuity?" asked Jarvis.

"I suppose I could go crazy and blow it all on wine, women and song," he chuckled. "But, I'm not inclined to do that."