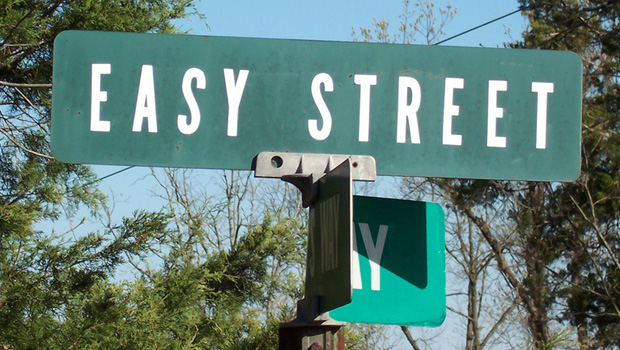 (MoneyWatch) In my 25 years in business, one of the lessons I seem to keep learning the hard way is that if you chase what seems like easy money, you'll often run in the wrong direction; maybe even right off the road.

On more than a few occasions -- especially in the earliest, hungriest years of starting a new business -- I've fallen into the "shiny object" trap: seeing something so seemingly irresistible that I had to reach for it. Might have been a tempting ancillary product idea, a new sales channel unrelated to our core business, or some other side track that seemed like it would help my business make a big leap rather than continuing to take measured steps. We all know how the tortoise/hare story ends.

There have been times where I have hopped on that other track intentionally, with eyes open, and without regret, and it worked out OK. But more often I've found that I should have just stayed on my primary mission. Most of the time the penalties haven't been severe -- a few dollars and some wasted time -- but once or twice my caving to temptation has bitten hard. Much like the conventional stock market wisdom, I can say with certainty that I would have been much better off in the long run if I had just stayed the course.

(Right about now my father and business mentor is saying, "I told you so, but you never listen").

There is no such thing as easy money. If there were, we'd all be rolling in it. Some people -- like the lionized "serial entrepreneur" -- can manage to do a whole bunch of different things at once, or in rapid succession. But the vast majority of small business founders and owners are working with preciously limited resources and are best served choosing a path and staying on it with intensity and discipline, no matter what temptations may lie to the sides of that path.

Taking your eyes off your true prize in favor of that shiny object can have consequences ranging from wasteful distraction, to direct cost/loss and opportunity cost, to significant setbacks or even disaster. I have experienced the full range (fortunately not including the last one), and I can tell you that despite some successful side projects, I'd like to have all that time and money back.

So here are some very hard-won tips and suggestions for resisting the urge to go off course in pursuit of what seems like a quick fix:

- Believe in what you're doing and stick to it. This can be difficult, especially in the beginning, when you so badly need to put some money in the bank. But if you believed in your business idea enough to take the plunge, then you need to keep at it. Almost every business requires some period of pain and sacrifice, but you're most likely to get through it faster by driving straight ahead, not zig-zagging or turning down side streets. Looking for shortcuts may be a sign that you're either not committed to your idea, or not prepared to make the sacrifices, or that it's just not working.

- If you don't passionately believe in what you're doing, or it's really not working, change it if you can. But be decisive: dabbling or hedging -- especially with limited resources -- probably won't pay off. Richard Branson can run a civilian space travel venture, TV/film production company, healthcare business and about 50 other companies at once but most of us can't. So, based on your resources, abilities, timeline, due diligence and risk tolerance, decide what your best next step is, take it, then re-focus tenaciously on this new move. (The popular buzzword lately is "pivot.")

- Have short- (this year), mid- (3-5 year) and long-term (5+ year) plans. Uber-successful entrepreneur and TV "Shark" investor Daymond John told me in a recent interview that he keeps written goals for 3 months, 6 months, and then 3, 5 and 20 years, and looks at them first and last thing every day without fail. Twenty years? That is serious discipline.

Of course the longer the time horizon, the more it becomes more of a "vision" than a plan, but both are important. The vision tells you where you want to be, the plan helps you get there. You can tweak them both as you go, but they should provide a road map that keeps you on the straight and narrow.

I have always been good at the vision part, but not always as good at the planning, and that's where I've often found myself drawn to the shiny objects.

I'm not suggesting that you should never try new things, or take risks -- that is, of course, what entrepreneurship is about -- but you need to make these decisions based on what you have, what you can do, what is likely to yield the best return on your time and money in the long run, and what you're willing to lose.

If you are a typical, bootstrapping entrepreneur or small company owner with a good and promising business, your best bet is most likely to stay on target. Stick with it through thick and thin rather than taking potentially costly diversions.

Regardless of your field or profession, sales skills are the gift that keep on giving
Michael Hess