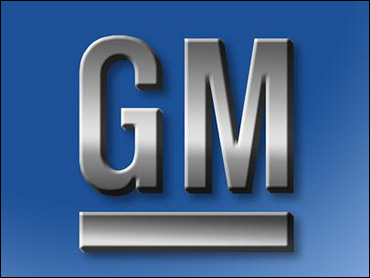 General Motors Co. made the first payment on its giant installment loans from the U.S. and Canadian governments on Friday, sending $1 billion to the U.S. Treasury and $192 million to Canada.

The company plans to repay both governments in full by the end of June, but Chairman and acting CEO Ed Whitacre Jr. said in a statement that repayment is contingent on no downturns in the economy or GM's business.

GM owes the U.S. government a total of $52 billion, with $6.7 billion of that in loans. At least part of the remaining $45.3 billion could be repaid when GM sells stock, perhaps late next year.

The U.S. government currently owns about 61 percent of the troubled Detroit automaker, which it received in exchange for putting up money that is keeping the company afloat. GM also owes $1.4 billion in loans to the Canadian and Ontario governments.

Whitacre on Tuesday committed to repaying the loans by the end of June. His predecessor as CEO, Fritz Henderson, announced plans to start making eight quarterly payments when GM released its third-quarter earnings in November.

GM posted a $1.2 billion loss for the third quarter, but said it was generating cash and it felt comfortable committing to the repayment. Ray Young, chief financial officer at the time, said the government placed $16.4 billion of GM's money into a contingency fund in case sales worsened or other problems cropped up. Now, GM doesn't need the contingency money and can repay it to the government, he said.

Whitacre said the repayments would come from a combination of government dollars and cash generated by the company. On Tuesday, he said he didn't know how much money a public stock offering would bring.

GM took in $3.3 billion more cash than it spent for the third quarter, far better than the $10 billion the company burned through during the first quarter.

A spokeswoman for the U.S. Treasury Department would not comment other than to confirm receipt of the payment.