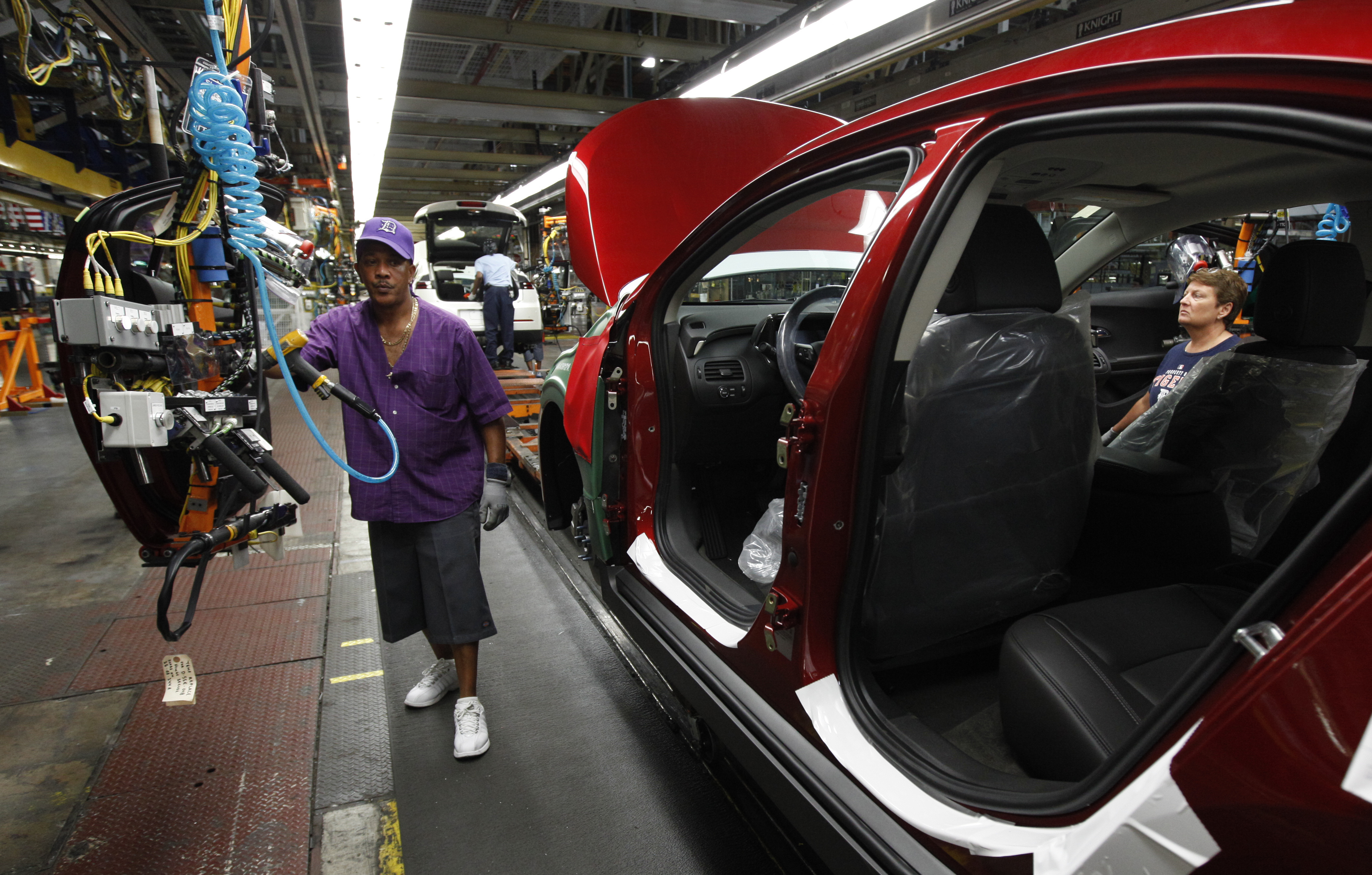 DETROIT - General Motors (GM) earned its largest profit ever in 2011, two years after it nearly collapsed into financial ruin.

Strong sales in the U.S. and China helped the 103-year-old carmaker turn a profit of $7.6 billion, beating its old record of $6.7 billion in 1997 during the pickup truck and SUV boom.

GM is a vastly different company than it was back then. It's smaller, has less debt and its contract with the United Auto Workers is less costly. But it took a government bailout and a trip through bankruptcy protection in 2009 to cut its bloated costs. The company made record money last year even though U.S. auto sales were near historic lows at 12.8 million cars and trucks.

But problems surfaced in its latest results. GM lost $700 million before taxes in Europe, and its South American operations lost $100 million. Sales growth slowed in the U.S. in the fourth quarter, even as more Americans bought cars and trucks.

The U.S. government still owns 26.5 percent of the company and is waiting for the share price to rise before selling in an effort to recoup the bailout money.

Last year, GM made the bulk of its income in North America, where its pretax profit totaled $7.2 billion. International Operations, which includes Asia, made $1.9 billion before taxes, but that was down.

During the year, GM's global sales rose 7.6 percent to 9.03 million vehicles to help it reclaim the title of world's largest automaker from Toyota Motor Corp.

"We will build on these results as we bring more new cars, crossovers and trucks to market," CEO Daniel Akerson said.

The company wants to keep expenses down by freezing its underfunded U.S. pension plan, and it hinted at factory and job cuts to restore profitability in Europe.

Analysts expected earnings of 42 cents on revenue of $37.9 billion.

GM also said Thursday that its 47,500 blue-collar workers in the U.S. will get $7,000 profit-sharing checks in March. The checks are based on North American performance and are a record for the company.

The company has placed Vice Chairman Steve Girsky in charge of the European management board and is adding executives in preparation for restructuring. Factory closures and layoffs are likely but could provoke a fight with powerful labor unions.

Girsky has said GM intends to fix the European unit, made up of the Opel and Vauxhall brands, and keep it in the company. GM came close to selling the unit in 2009.