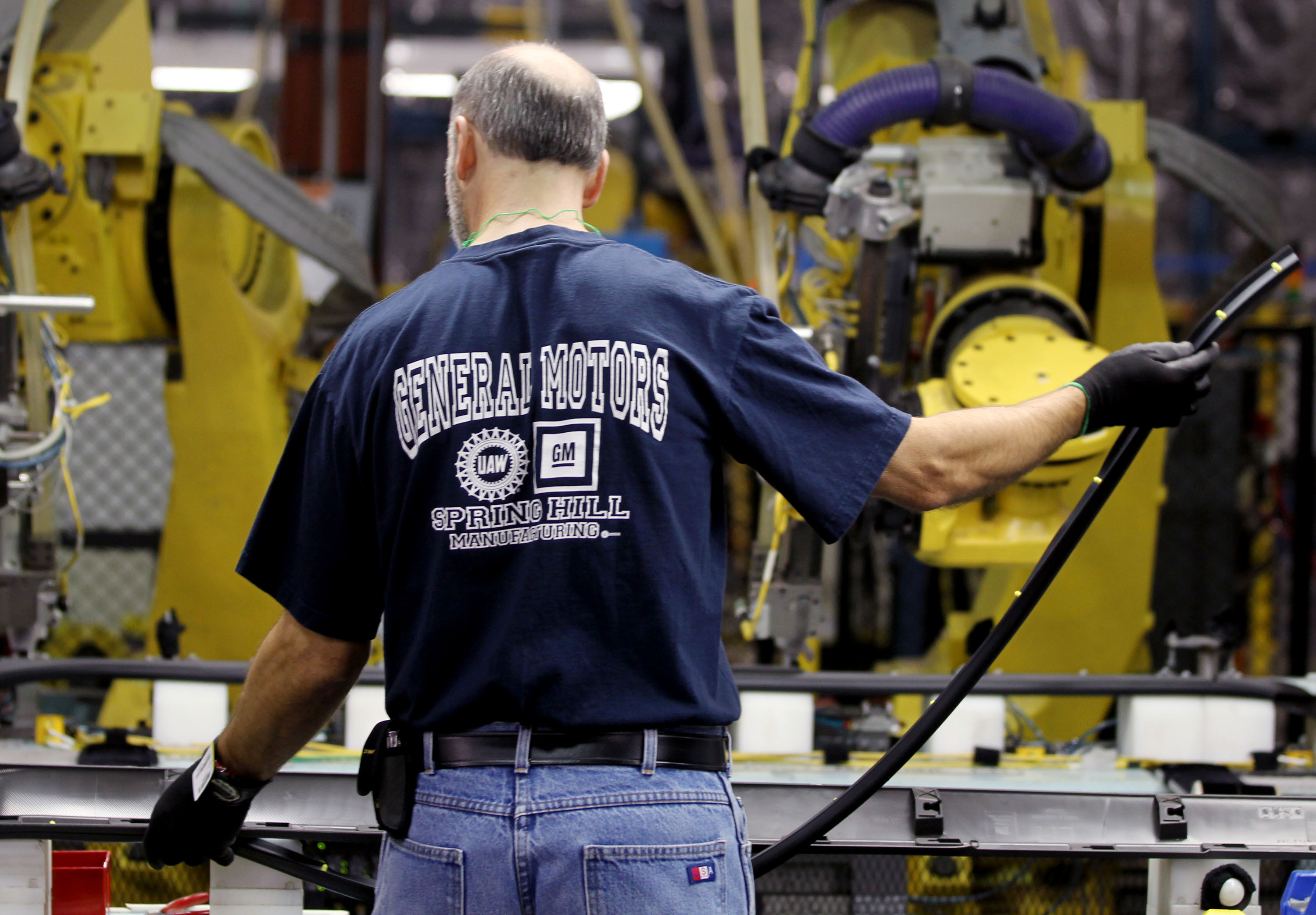 DETROIT - General Motors Co. (GM) plans to freeze its U.S. pension plan for longtime white-collar workers and give all salaried employees annual bonuses but not pay raises in an effort to hold down expenses, officials announced Wednesday.

The Detroit-based automaker said roughly 19,000 salaried workers hired before 2001 will move from a traditional pension with guaranteed payments to a 401(k)-type plan with contributions based on salary and bonuses. Employees hired after 2001, which represent about 30 percent of the company's salaried workforce, already are in that defined contribution plan.

The changes take effect Oct. 1, and workers will keep all pension benefits they have already accrued, officials said.

GM also said it would offer bonuses to all 26,000 salaried employees and release the amounts when it announces quarterly and full-year earnings Thursday. The company is expected to post a 2011 net profit of around $8 billion -- the best in its 103-year history.

GM, a little less than three years past government-funded bankruptcy protection that saved the company from financial collapse, is expected to top its record annual profit of $6.7 billion of 1997, when the pickup truck and SUV sales boom was in full swing. Earnings should set a new record despite total sales in the U.S., GM's second-largest market, near a historic low of 12.8 million cars and trucks last year.

The changes announced Wednesday include offering salaried employees an additional five days of vacation and eliminating a plan that allows them to buy up to five days.

The announcement follows other pay-and-benefit-related news from the other two automakers representing the Detroit Three. Chrysler CEO Sergio Marchionne said earlier this month that both salaried and hourly workers would get profit-sharing checks, but he would not reveal the amounts. Ford Motor Co. (F) said last month that it was giving pay raises and bonuses to 20,000 white-collar workers mainly in the U.S. and Canada.