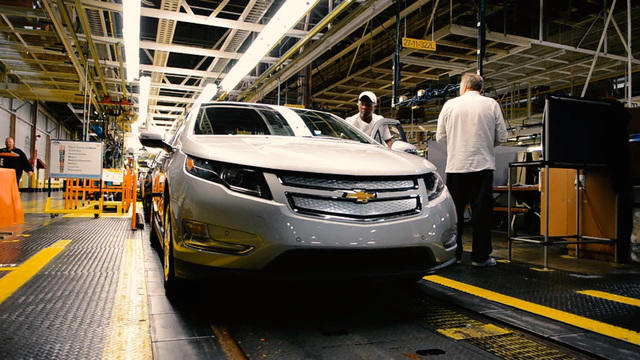 General Motors, once a bellwether of American manufacturing, is facing outrage after announcing it plans to cut thousands of jobs, even though it is profitable. The cuts will affect 15 percent of the company's white-collar workers and many high-paying factory jobs.

GM may close one Canadian auto plant and four more in the United States. Chairman and CEO Mary Barra said the move gives GM flexibility to invest in the future. In her words, "These actions will increase the long-term profit and cash generation potential of the company."

Outrage over the company's decision to drop six under-performing sedans came quick from President Trump and congressional Republicans and Democrats.

"I'm really pissed off about the whole thing because these guys have blatant disregard for workers in the country," said Ohio Rep. Tim Ryan.

GM's decision idles five North American plants where six sedans are produced, potentially laying off up to 14,000 employees, mostly in the U.S.

"It's all about greed. It's all about putting more in their pockets," one employee said. "The bad thing is to get this news on the day after we come back from Thanksgiving," said another employee.

Part of the cuts for GM include 8,000 salaried jobs, among them 25 percent of the company's executives, making it the largest cutbacks since the company went bankrupt and was bailed out by taxpayers during the 2008 financial crisis. GM repaid those loans.

The announcement comes as the Trump administration's steel tariffs have cost the automaker $1 billion. The cuts are a setback for President Trump who said last year in Ohio, "We are going to get those jobs coming back and we are going to fill up those factories or rip 'em down and build brand new ones."

But before any plants can close, GM must reach a deal with the United Auto Workers Union, who is vowing to fight.

"We call on GM today, just as they called on all of us over a decade ago, please save our American jobs," UAW vice president Terry Dittes said.

Lawmakers and the White House are pledging to pressure GM to repurpose the plants to keep them open and give workers a chance to fill other openings. Ford announced earlier this year it too will drop most sedans from its lineup.