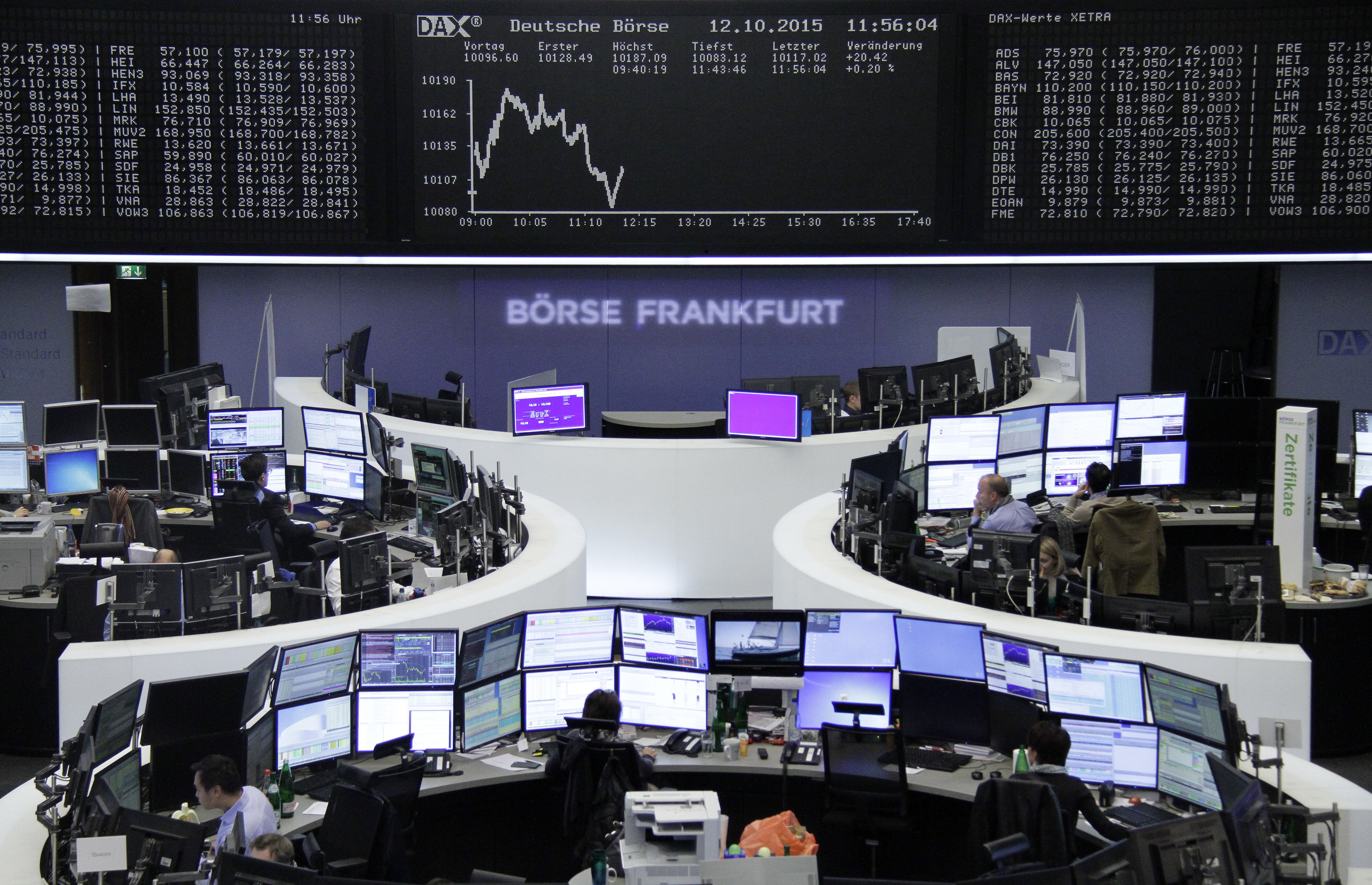 Wall Street looked set for a muted open: Futures for both the S&P 500 and Dow were essentially flat, following a strong week last week.

Third-quarter corporate earnings reports should help provide direction for trading this week. The U.S. stock market turned in its best week of the year last week, helped by airlines and industrial companies. The S&P 500 ended the week up 3.3 percent, its best week since mid-December. Most of the gains came after the release of last week's disappointing jobs report, which suggested the Federal Reserve would postpone a long-anticipated interest rate rise for several months. That signal was reinforced Thursday, when the minutes from the September Fed meeting showed policymakers are too concerned about low inflation and the slowdown in China to raise interest rates. Low rates can help boost stocks by reducing returns on other, fixed-income investments such as bonds.

Forecasters expect data Tuesday to show China's September imports contracted by as much as 15 percent from a year earlier in a new sign of weakness in the world's second-largest economy. Exports are expected to have declined as well due to weak global demand. The slowdown has sent shockwaves through economies that supply raw materials and components to China's vast manufacturing industry. The trade data "will be a key" for investor sentiment toward commodities and mining stocks, according to Ric Spooner of CMC Markets.

"Despite a strong showing from Asian markets overnight, the general tone of the session in London so far is relatively muted," said Chris Beauchamp, senior market analyst at online trading firm IG. "Given the volatility of September, investors will no doubt be relieved to note that the drop this morning is a modest one, and with U.S. earnings season moving into full swing there will at least be plenty of news flow to drive any further gains in stocks."

"However, it appears that European investors are less willing to believe pronouncements that the stock market correction in China is over... U.S. markets continue to be fascinated by the Fed's ongoing public discussion over the wisdom of rate rises."