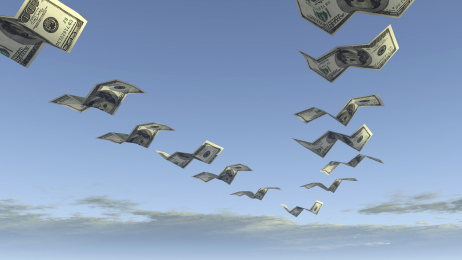 (MoneyWatch) Signs that the global economy is cooling and the ongoing debt crisis in Europe are stoking investor fear. As a result, borrowing costs around the world have fallen so sharply that a growing number of nations now either pay no interest or are drawing interest on their debt. This week, Finland and France joined Switzerland and Germany in seeing negative yields on their short-term bonds.

This demand for government debt is likely a far better indicator of investor sentiment than the brief drop in Spanish and Italian bond rates over the last few days -- a drop which is already starting to fade. At this point, investors buying those bonds are clearly willing to accept more risk than most investors and are also willing to bear the cost of insuring them. The price of credit default swaps on Spanish and Italian debt have risen this week despite the drop in interest rates. CDS are derivatives that serve as insurance on for debt securities.

Every nation in the world investors perceive to be in reasonable financial condition has seen its borrowing costs drop. The U.S. is now pays 0 percent on all bonds that mature in a year or less. Even 2-, 3-, and 5-year bonds are trading at less than 1 percent. In the current environment, it would not be surprising to see the shortest-term rates for U.S. debt also turn negative. The last time that happened was during the Great Depression. Japan is also at 0 percent for short-term debt, and South Korea's 5-year bonds hit an all-time low Thursday.

Interest rates are trending down even as most of these counties now carry more debt than they did five years ago. As Jamil Baz, chief investment strategist at GLG Partners, writes in the Financial Times:

After the financial maelstrom of the past five years, debt ballooned to a weighted average of 417 per cent of gross domestic product from 381 per cent in June 2007 in the 11 economies most under the market microscope.

He points out that Germany, Japan, the U.K., and the U.S. -- considered financial safe havens -- all now have higher debt levels than they did five years ago.

The upshot? Fear is in the air, and there's no telling when it will dissipate.