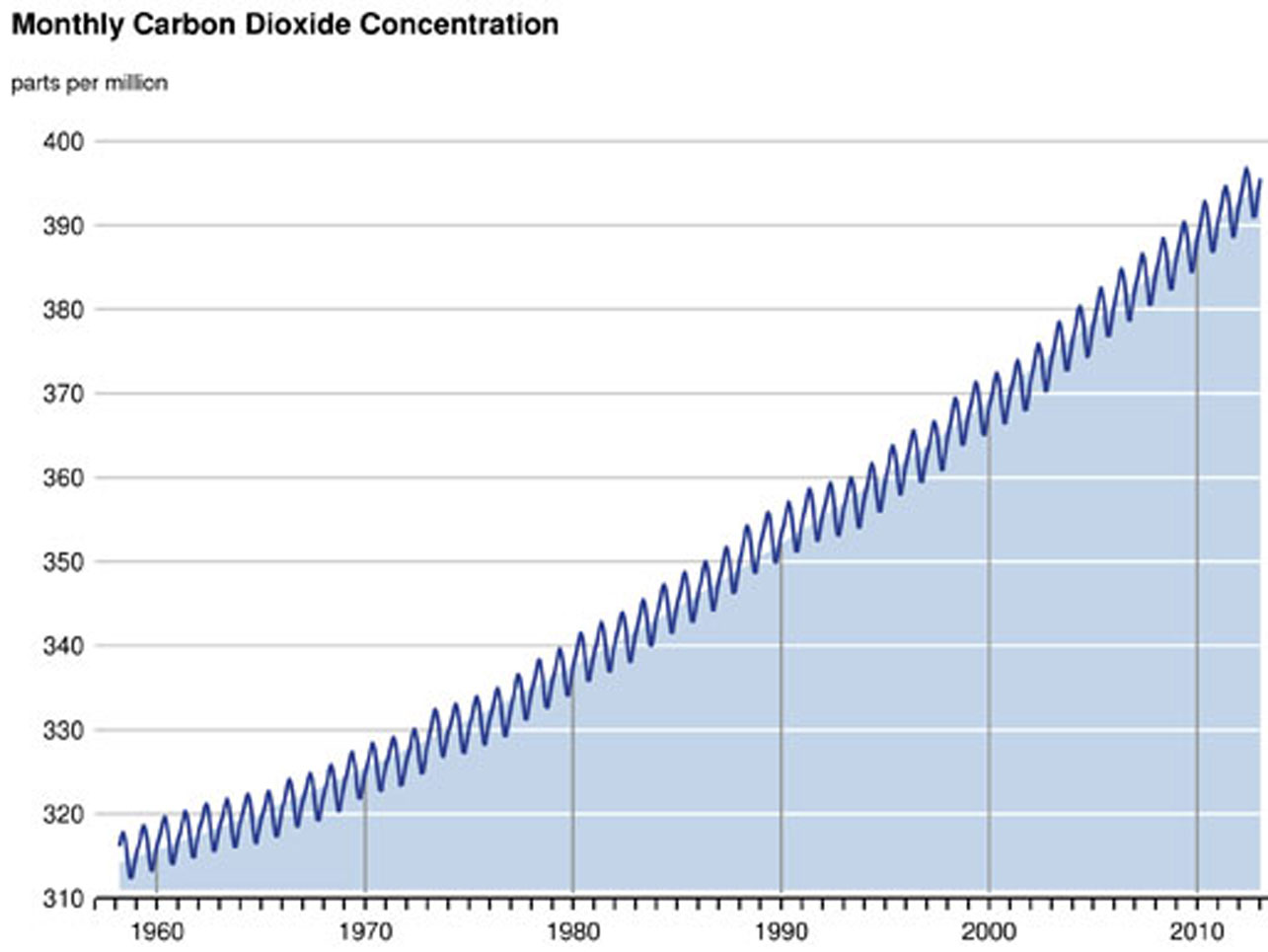 The amount of carbon dioxide in the air is hitting a huge milestone this month. For the first time in recordable history, the amount of CO2 could rise above 400 parts per million (ppm).

The Scripps Institution of Oceanography, which is part of the University of California, San Diego is reporting that these levels could occur for sustained lengths of time in the Northern Hemisphere.

Scientists use measurements from the "Keeling Curve" to track how the carbon dioxide levels are moving. The "Keeling Curve" was developed by Charles Keeling, who studied atmospheric greenhouse gasses at Scripps since 1958. The readings are done at Hawaii's Mauna Loa.

"I wish it weren't true, but it looks like the world is going to blow through the 400-ppm level without losing a beat. At this pace we'll hit 450-ppm within a few decades." Scripps geochemist Ralph Keeling said in a statement. The younger Keeling took over the "Keeling Curve" measurement from his father after he passed away.

Scientists presume that the last time the Earth saw a CO2 level at 400-ppm was between three million and five million years ago during the Pliocene epoch. The world's temperature was much warmer at that point, so for it to be that high now is concerning. According to Scripps the current increase is a "direct consequence" of how much our society relies on fossil fuels for energy.

"The 400-ppm threshold is a sobering milestone, and should serve as a wake up call for all of us to support clean energy technology and reduce emissions of greenhouse gases, before it's too late for our children and grandchildren," Tim Lueker, an oceanographer and carbon cycle researcher, said in a statement.

After four years of drought, Southern California needs all the rain it can get

Chris Nowinski tells CBS News about his concussion history and his work with the Sports Legacy Institute
Thanks for reading CBS NEWS.
Create your free account or log in
for more features.
View CBS News In
CBS News App Open
Chrome Safari Continue
Be the first to know
Get browser notifications for breaking news, live events, and exclusive reporting.